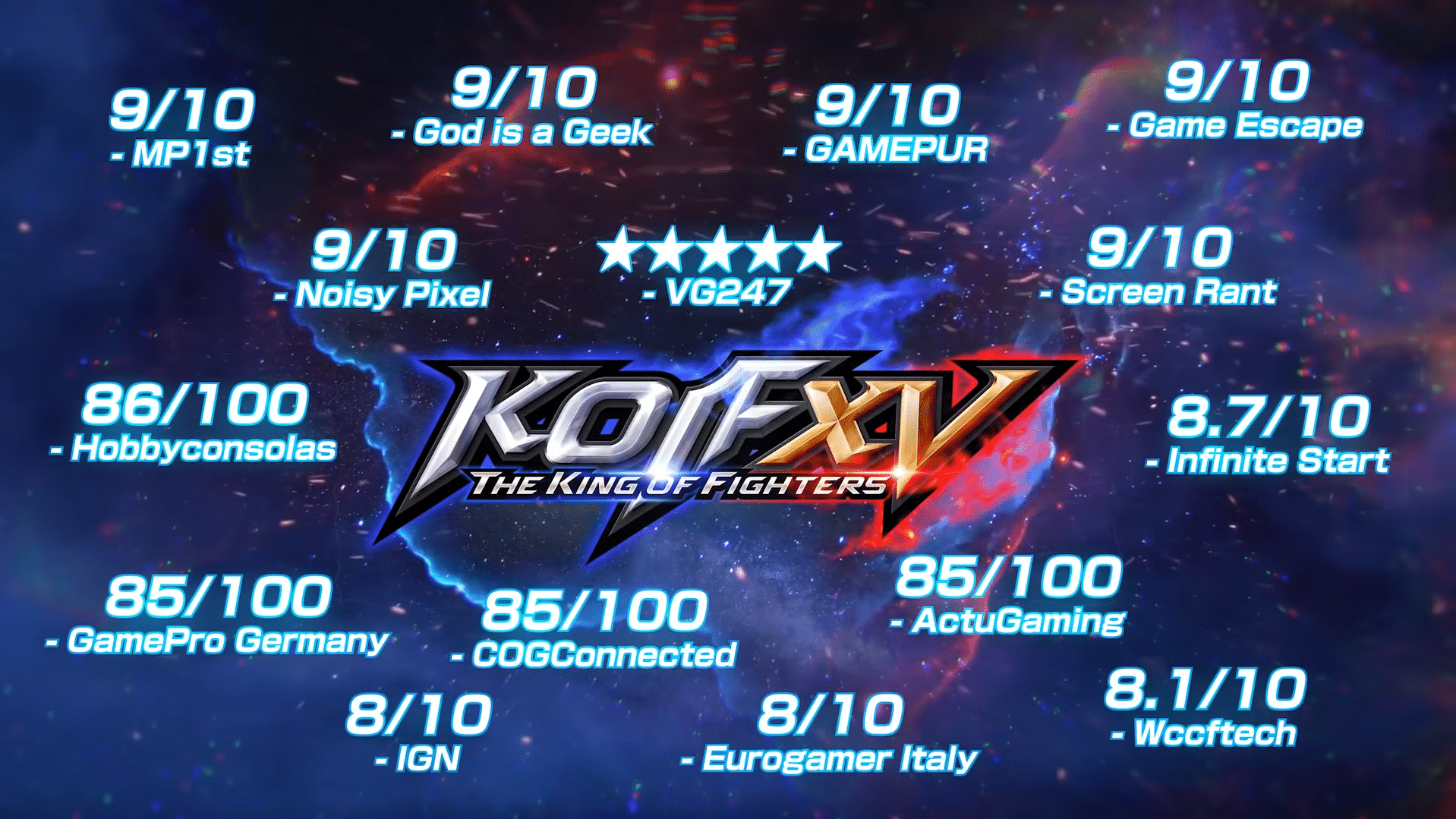 SNK has put up an official King of Fighters 15 accolades trailer to showcase the critical acclaim that it got across many sites and publications! Check out the accolades trailer below, as well as details on the first round of DLC that was also released recently.

The King of Fighters 15 accolades trailer boasts almost perfect scores across the board. Even MP1st was part of the highlights, as we’ve also put up a review of the game here, where Louis wrote, “The King is back. If you are a newcomer to the series, it is a fantastic game to start on your KOF journey. Returners will have a blast with the classic characters returning and the beautiful style improvements. You can preorder the Ultimate Edition to get three days of early access to The King of Fighters XV.”

In other KOFXV news, the first round of DLC for the game just came out, and here are the additional characters that come with it:

Though he’s the son of the fearsome Geese Howard, this young fighter with a complicated past was raised by Terry Bogard. A virtual prodigy when it comes to fighting, Rock has learned to utilize fighting styles passed down from both his father and stepfather. B. JENET convinces him to join Team GAROU this KOF. （CV：Yuma Uchida）

Once a new title update or new content drop is announced, we’ll let our readers know. Stay tuned by bookmarking our King of Fighters 15 game hub.

Cricket 22 Update 1.32 Bats Out for Improvements This March 18