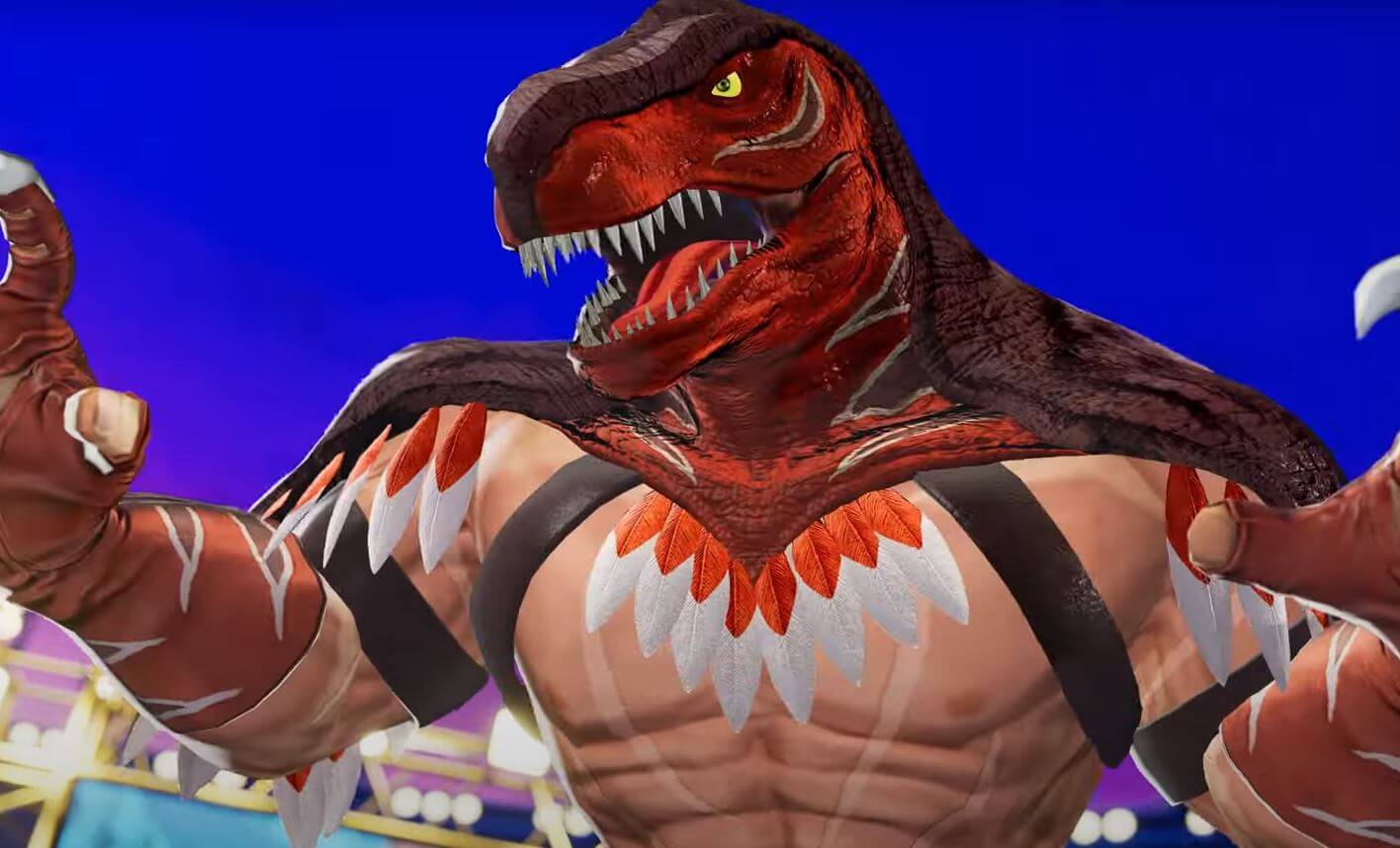 Prepare to hit some heavy duty moves with a familiar grappling presence from SNK’s history, as King of Fighters 15 adds Mexican wrestler King of Dinosaurs to the arena — with some powerful new moves to showcase as well!

Here’s the new King of Fighters trailer that shows the heel persona of the luchador Tizoc in action.

Originally the eagle masked warrior known as Tizoc from Garou: Mark of the Wolves, the mysterious wrestler lost to a fighter called Nelson — which causes him to wallow in disgrace and humility. Not wanting to tarnish his reputation as a heroic wrestler, the pro-wrestling powerhouse adopts a new persona called King of Dinosaurs, and he made his first appearance in the previous KOF entry in King of Fighters 14. Now the SNK developers have brought this character back to the roster, and who knows what team he will be joining next as the reveals continue for KOF 15!

As fighters continue to be revealed slowly but surely, SNK is taking its time polishing the King of Fighters 15 for release in PC and consoles. The developers announced that the game would be delayed to next year due to the challenges brought on by the ongoing global pandemic, and you can read about that story here if you missed it.