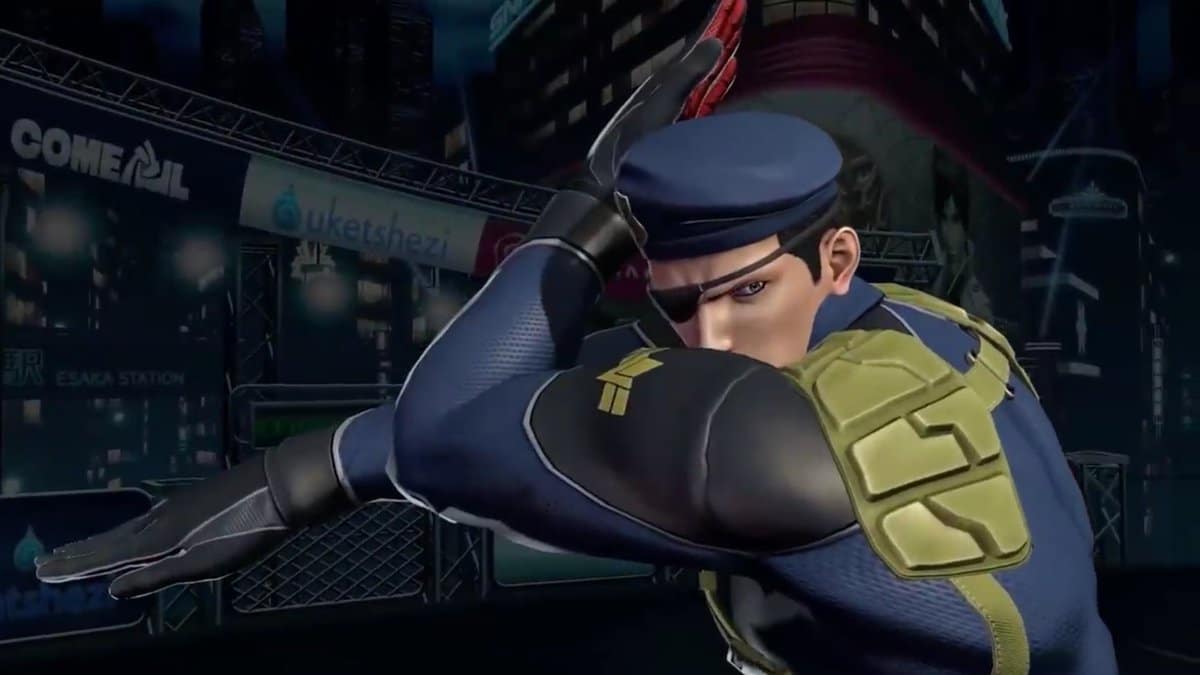 SNK is not pulling any stops in showing off their roster for the next KOF game, as a newKing of Fighters 15 trailer has been released for Heidern — the commanding officer of the Ikari Warriors and a longtime presence in the KOF storyline!

Here’s the character trailer showing off the military man using a variety of assassination techniques as his fighting style.

First debuting in The King of Fighters ’94 as the leader of the Brazil Team along with Ralf Jones and Clark Still, Heidern is the commanding officer of the Ikari Warriors — and has a tragic history hidden under his cool and calm demeanor. Losing an eye and his family to Rugal Bernstein, Heidern trained and developed his own self-made assassination techniques to aid him in his missions and his quest to take Rugal down. As he worked up the ranks, he also took in an orphan girl named Leona and trained her to fight — eventually adding her to the Ikari Warriors team and picking her as his replacement while he commanded missions from behind the scenes. Now he returns to the battlefield and joins his fellow soldiers in participating in the newest King of Fighters tournament.

The King of Fighters 15 is set for release this coming February, and you can read all the details about the in-game Hud and main visuals here.