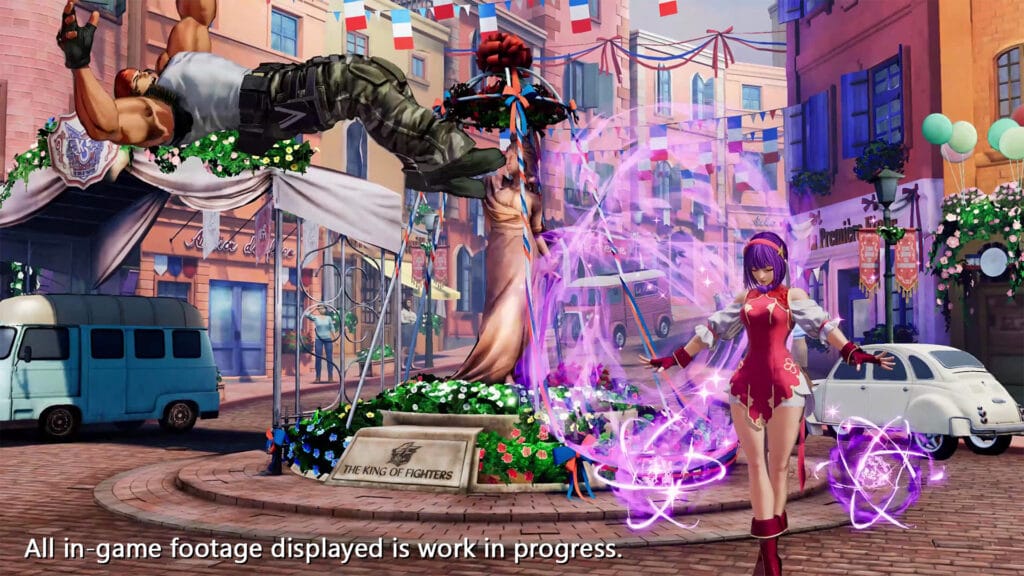 Another fighter has joined the King of Fighters XV cast, as SNK has announced that Athena Asamiya is joining the ever-expanding roster! Athena is joining forces with Mai Shiranui, and Yuri Sazaki to form “Team Super Heroine.”

Check out the King of Fighters XV Athena gameplay to see a familiar face kick ass!

Athena is a high-school pop idol fighting evil to bring about world peace. Her fighting style is composed of the psychic powers she was born with and Chinese Kung Fu. She is a hard worker, both polite and serious. However, this KOF she’s unexpectedly teamed up with Mai and Yuri…?

King of Fighters XV is set for release in Q1 2022, for the PS4, PS5, Xbox Series X|S, and PC. Expect a ton more character trailers to make its way out within the year.