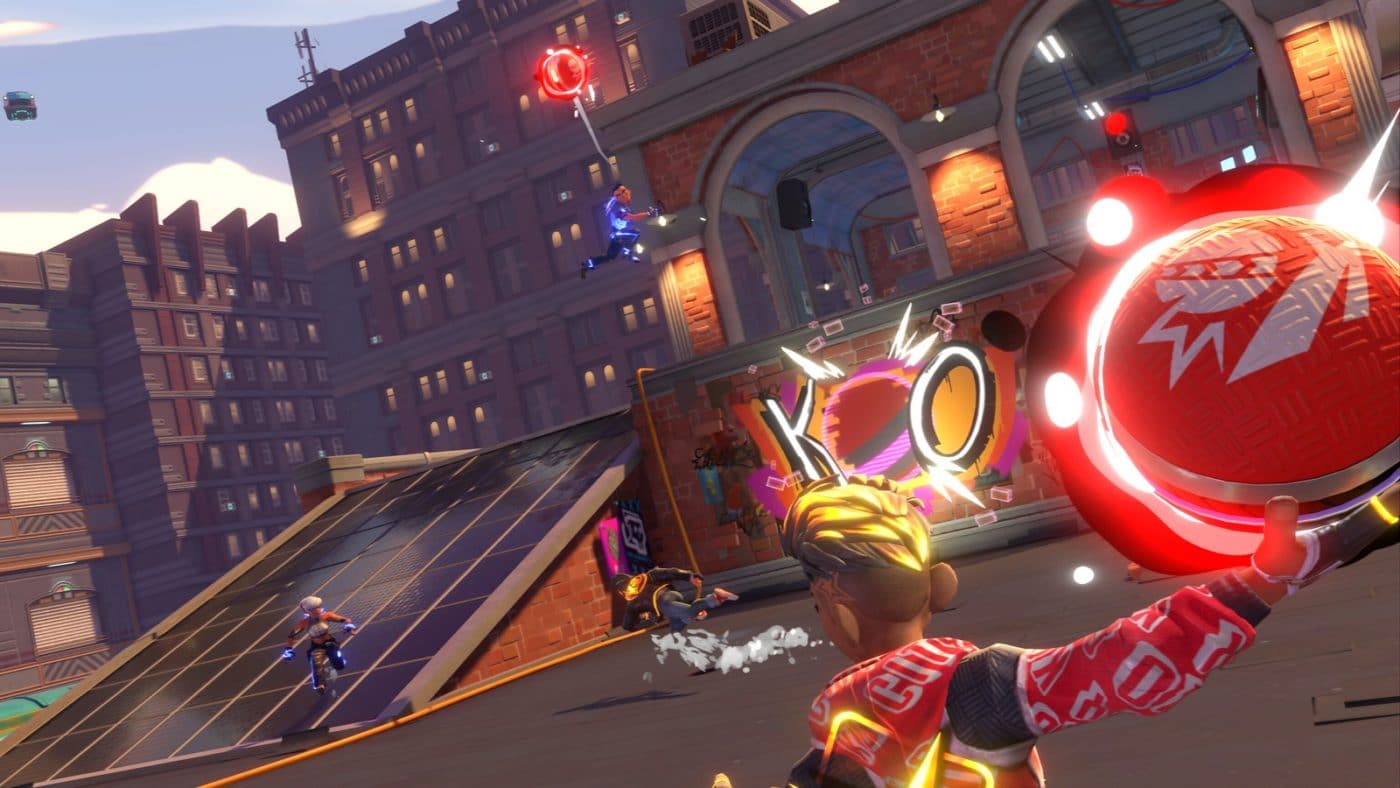 Those enjoying Velan Studios’ Knockout City, prepare for more content to come your way, as the studio gave a Knockout City roadmap sneak peek today, as well as what’s in store for Season 1 Week #6!

Head on below for more details and what to expect in Season 2! 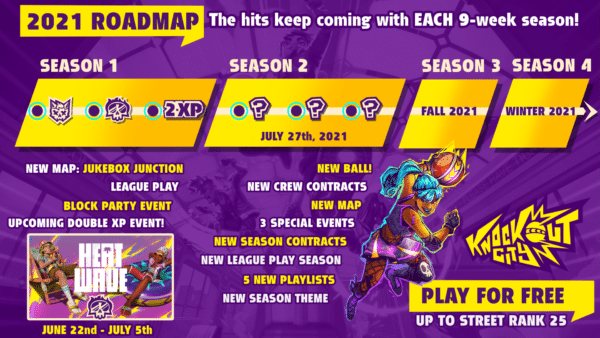 According to Velan, players can expect a new map, a new Special Ball, three Special Events, new Season Contracts, five new Playlists, and the introduction of a daily login bonus (a random reward rolled out every day a gamer plays Knockout City)!

The studio adds that there will be more to be announced in the coming “days, weeks, and months” which is a good sign for those  having fun with the dodgeball title.

As for Season 1 Week #6, players can expect a new Contract, new items in the shop, and a new playlist!

This week’s new playlist is one a few of you guessed at—it’s Classic Team KO. No Special Balls, no Sniper Ball or Bomb Ball to run from, just you and your skills. Let’s see how you do!

What’s the first thing you do when you log in for the day? If your answer isn’t, “Check and track my Contracts,” you might be missing out. How are you going to get those big XP bonuses if you don’t know what your goals are for the day? Check Contracts between matches and keep track of how you’re doing, and make sure to cross off the three new Daily Contracts each day for a quick 3000 XP boost! On the Crew Contracts side of things, don’t forget that completing all six weekly Crew Contracts will get you an XP bonus that stacks for the remainder of the season! And this week, you’re gonna want to do at least four, because your Epic Crew Vehicle is a SHARK ATTACK!

What’s in the shaaaaap? Well, for starters, you can get down with your bad self when you get the Glitterbomb head, available today (June 28th) in the Brawl Shop!

Lastly, players should be on the look out on July 3 for a Legendary face in the shop! There’ll be a sneak peek tomorrow night at 5:30 p.m. ET/2:30 p.m. PT where the Balloon Man’s identity will be revealed (per the tweet below).

A few theories *floating* around out there about our Secret Balloon Person in yesterday’s blog. What’s your take? 🤔💭🎈

You can catch the Balloon Man’s reveal on the game’s official Twitch channel.

Don’t forget to check out our review of Knockout City, which surprised us a lot given how fun it was.