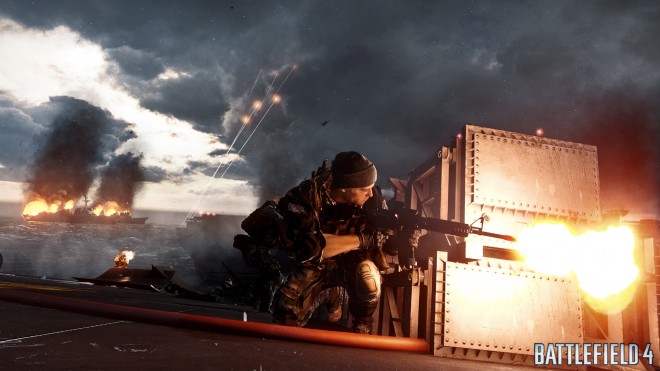 In the patch notes of the latest Battlefield 4 game update that hit the PC early morning and is on course to hit all other platforms in the coming days, you may have noticed the line, “Fixed the ‘one-hit kill bug’ where occasionally damage from a single bullet was applied multiple times.”

First, if you’re not entirely sure what this “one-hit kill bug” is all about, check out JackFrag’s video below. He does a great job of clearly demonstrating what it is and how it has been affecting you more than you might know.

So, with the latest update applied to the PC version of Battlefield 4, did it really fix the bug? Reddit user “Hyroglyph” asked this question earlier today, to which DICE Lead Technical Scripter “sliced_lime” answered, “Yes and no.”

“There were two issues,” he elaborated. “One was an actual OHK (you shoot someone, they die from one bullet). That one was fixed.”

“The other is an issue with how deaths are communicated from server to client, which means you can sometimes appear to die instantly, but whoever shot you still actually shot the appropriate amount of bullets. The fix for this is a server-side fix, and we are looking at getting it out as soon as possible.”

So, while the really nasty bug might have been squished in the latest update, it doesn’t mean your completely Scott free of one-hit deaths all together. At least you can rest easier knowing it is being looked in to.

Interestingly, as some users insisted on shifting blame for Battlefield 4’s woes on to publisher EA for “rushing” the product, the DICE developer commented, “To be completely fair, there’s really no one else to blame than us. Our game, our responsibility.”

PC Battlefielders, have you noticed any improvements since the latest patch?