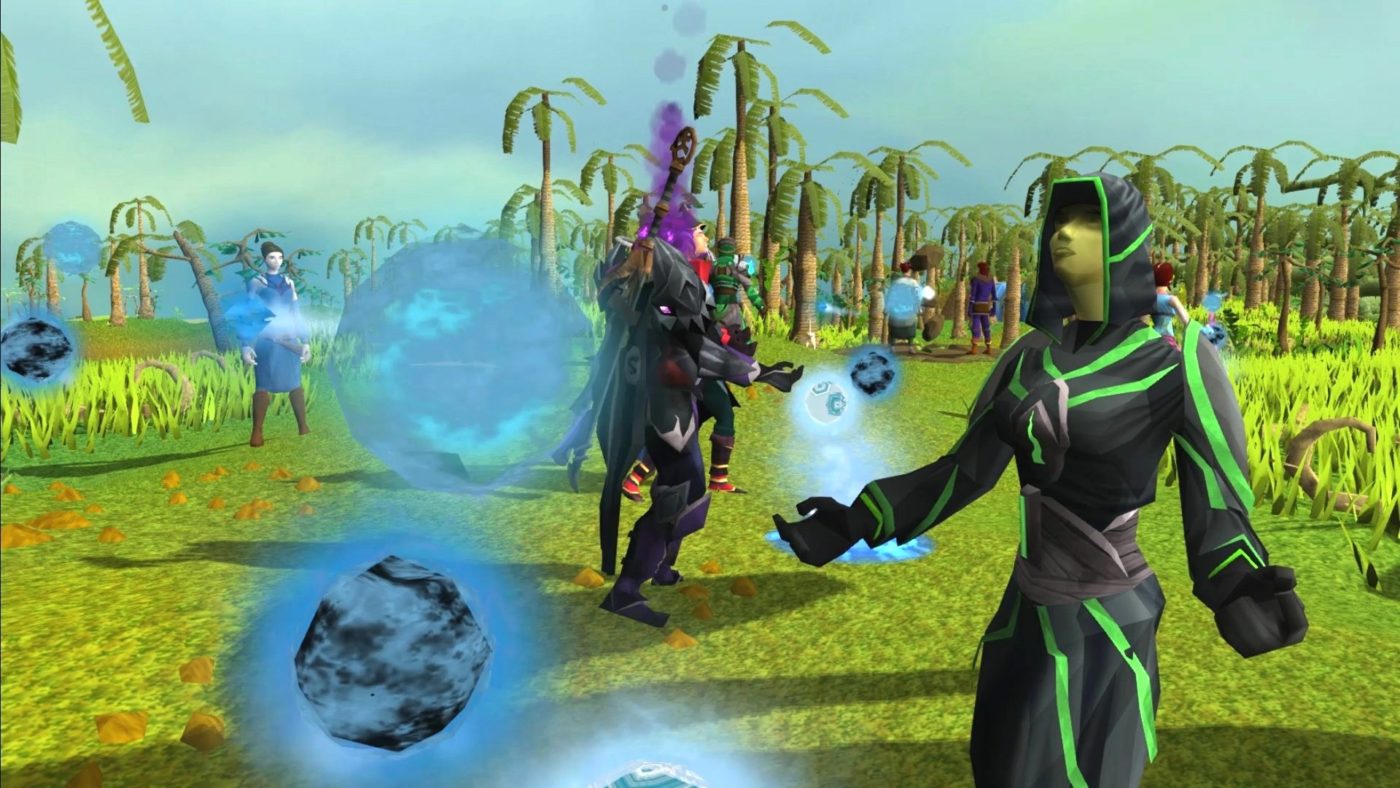 RuneScape‘s latest patch has been released, fixing a long, long list of bugs.

For the list of graphical, interface and skills, D&Ds and minigame changes, see below:

– The Bank will now reliably remember the custom withdraw-x setting.

– The Bank will now reliably show the Beast of Burden withdraw option.

– Fixed an issue with bank tab separators appearing when searching for items.

– Fixed an issue when withdrawing a searched item temporarily displaying the item that was in the next bank slot.

– The scroll position in the bank is now reliably saved upon closing the bank screen.

– Fixed an issue that was causing the bank total space to display incorrectly.

– Fixed an issue related to the interface transparency setting resetting itself.

– Fixed issues with the ribbon and ribbon setup interfaces when using the legacy UI skin.

– Fixed an issue with loading screens when entering certain areas such as clan citadels.

– The minigames tab no longer vanishes in legacy interface mode.

– The spikes in the middle of Kuradal’s dungeon has been removed.

– Kuradal has caught 2 more abyssal demons for your slaying pleasure.

– Black wool and balls of black wool are now tradeable.

– Black wool is no longer prioritised when selecting a recipe at a spinning wheel.

– A loom and spinning wheel have been added to New Varrock, in the slum buildings east of the Blue Moon Inn.

– Flax and sinew have replaced bow and crossbow strings on zombie drop tables in New Varrock, since they can now be made through skilling.

– Reggie in Fist of Guthix no longer talks about the metal gauntlets in his shop, since he no longer sells them.

– The increased chance of catching a Slayer monster’s soul using an ushabti has been changed from requiring 200m XP to requiring level 120 Slayer.

What do you think to RuneScape‘s latest patch? Let us know below.