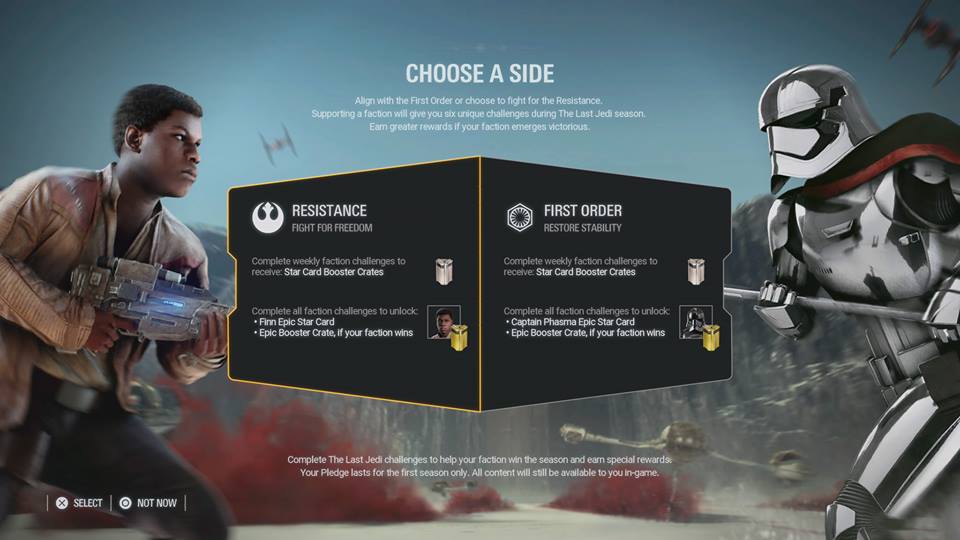 As promised by DICE when it announced the content roadmap for Star Wars Battlefront II last month, the Battlefront II The Last Jedi season is now live on all platforms! It’s a server-side update to the game, so there’s no patch to download.

Important thing to remember: you can only choose a side (Resistance or First Order) once, and it’s irreversible for the duration of the season. For the Resistance, you’ll earn rewards tied to Finn, while the First Order’s will be connected to Captain Phasma. Both factions will win an “Epic Booster Crate” if their side wins as well.

Check out the challenges and corresponding rewards for each faction below. Note that while it says “42D 13H” (42 days and 13 hours) in the challenges, these are weekly events, and will refresh after seven days. 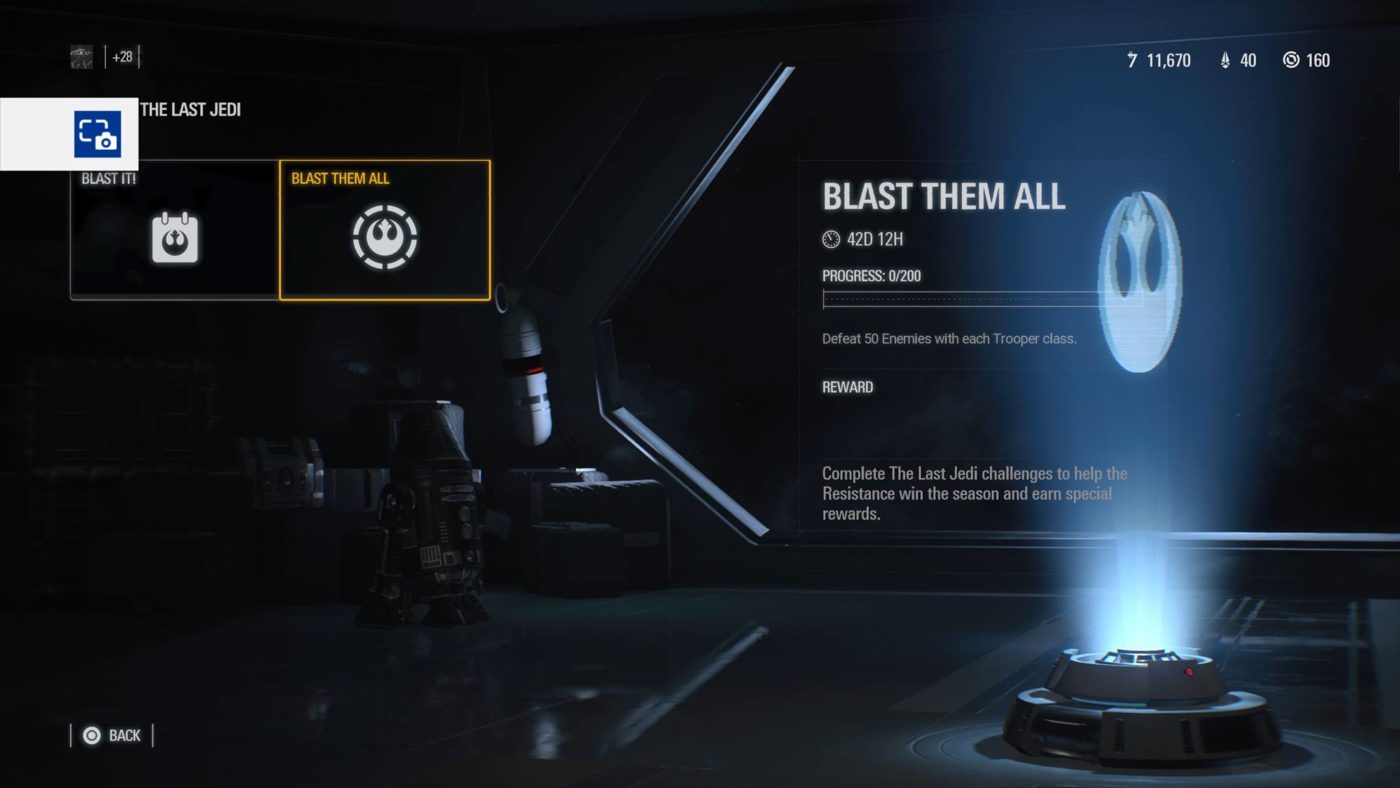 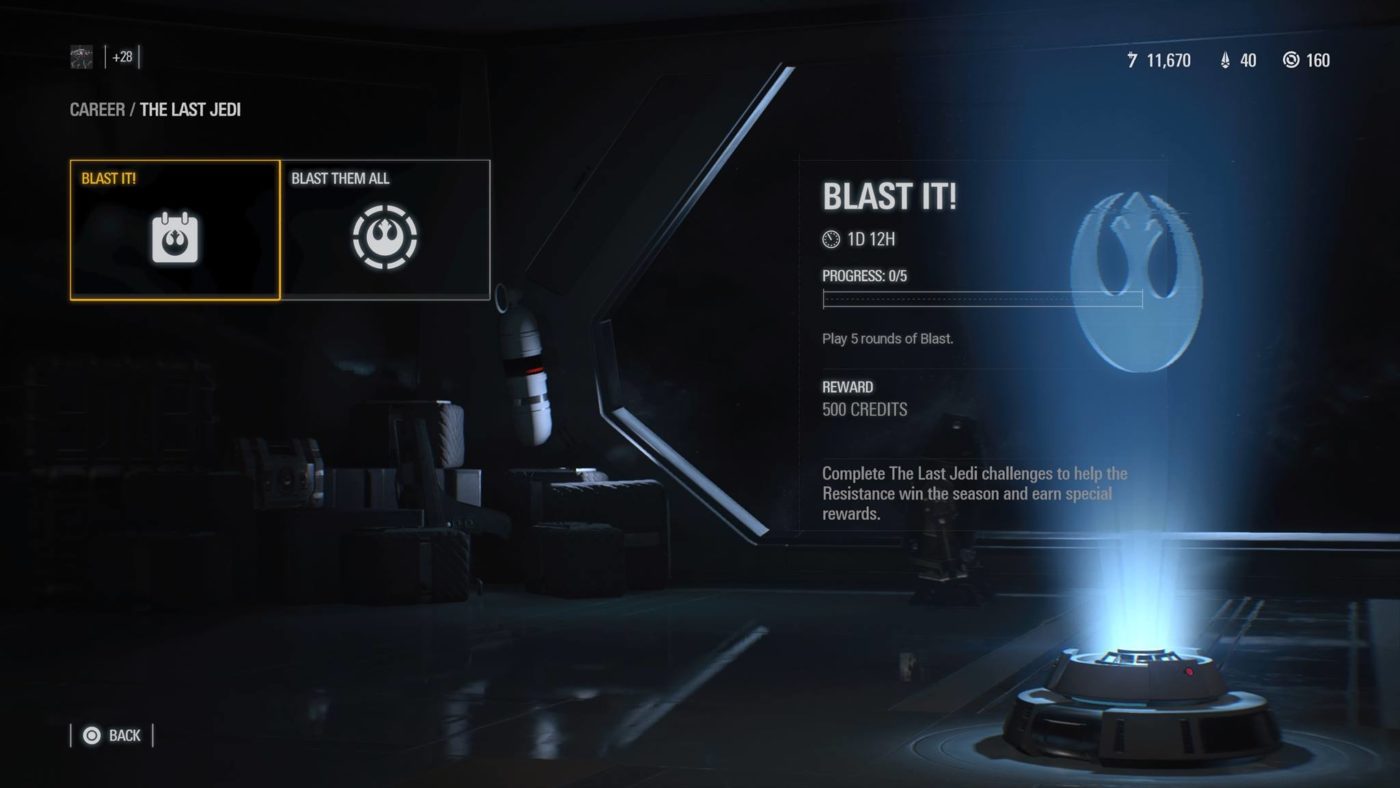 In case the images won’t load for you, the challenges are: 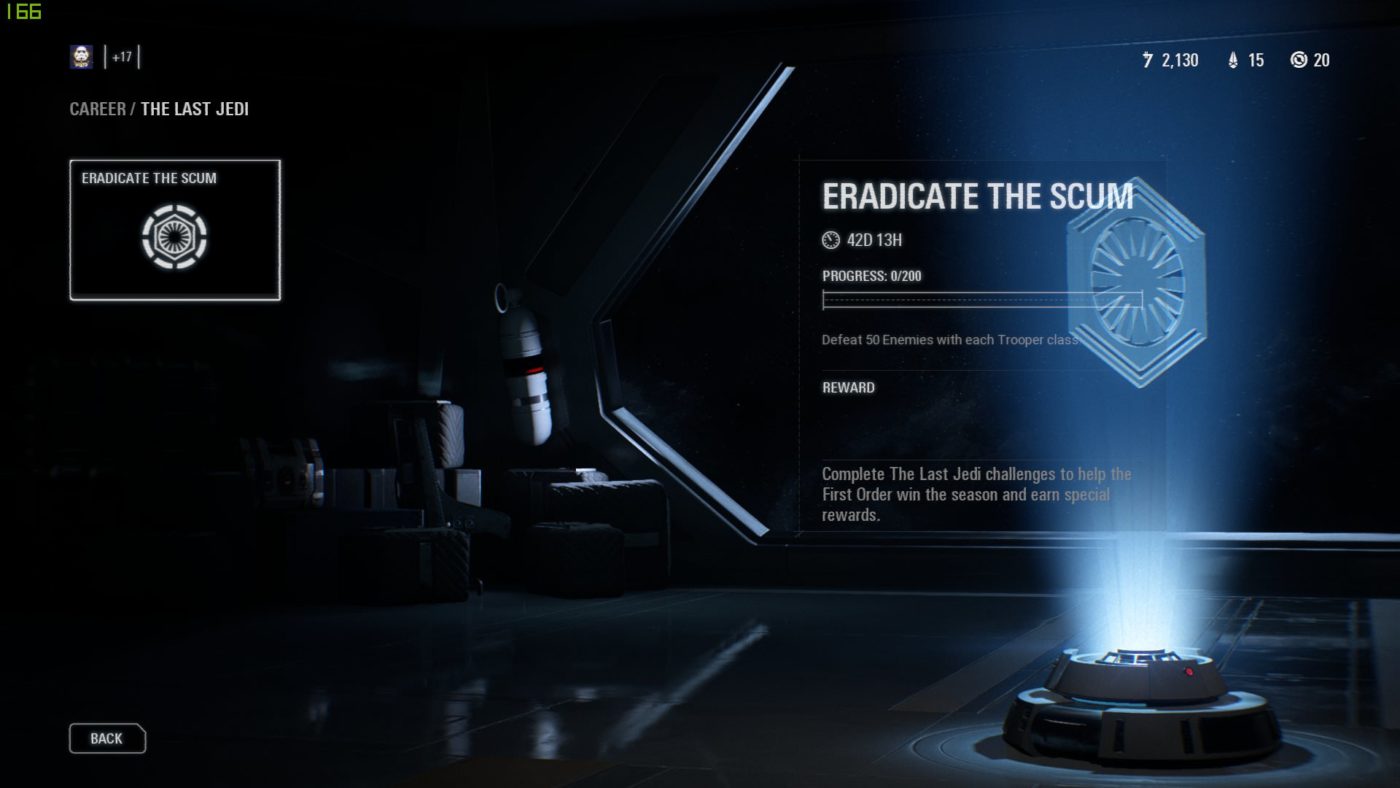 Again, don’t forget, these are supposed to be weekly challenges, so there should be a set of new ones next week.

For more on Star Wars Battlefront II, make sure to check out the datamined info that reveals General Grevious’ ship and more. There’s also our Battlefront II review, which you ought to read if you’re still undecided on the game.