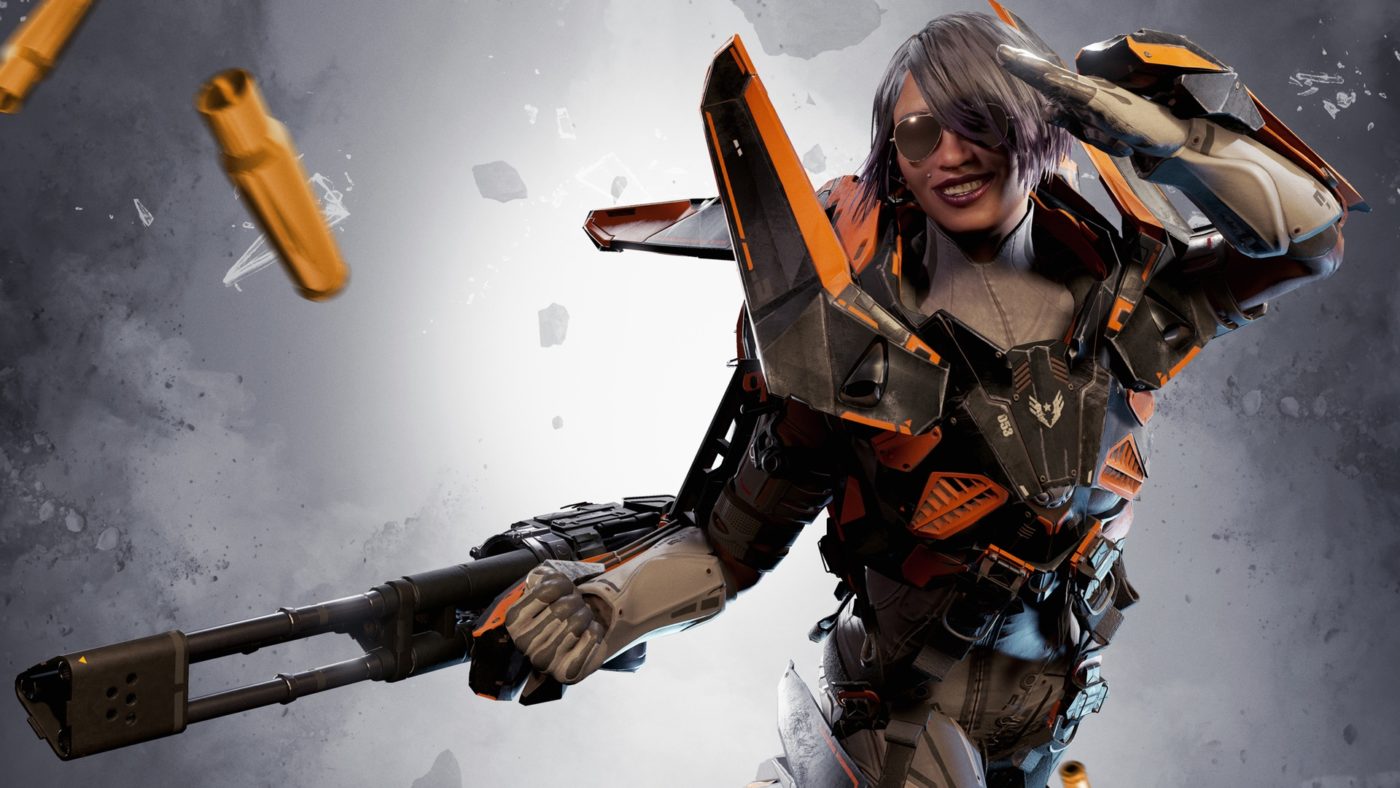 Boss Key has released the patch notes for today’s Lawbreakers update 1.4. Their main aim with this patch, is to “increase average lifespans across the board.” There’s also a new map, sound and disconnection bug fixes, and more.

Talking specifically about keeping players alive, Boss Key are increasing health for every role, giving all players health regen when out of combat, and implemented a group spawning system.

Here’s what they hope to achieve with the update:

Without any further ado, please go ahead and dive into the patch notes below!

BASE HEALTH (ALL ROLES) –

“We’re buffing up the range on the Arc Blades and pulling back the damage on the Romerus charge shot in order to shift Assassin’s play style a bit more towards her bread and butter melee.”

“Battle Medic’s win rate shows way too much impact on the outcome of games, despite having lackluster damage output. Instead of gutting their healing abilities, we decided instead to buff up the rest of our roles by adding the new out of combat health regen. To help compensate Battle Medic, we’ve given them some more direct damage on their lobber grenades and did a full tuning pass on their mobility. They no longer suffer from increased gravity and should be more agile when moving around the map. We also want to encourage Medics to get into the fray more with their teammates, so we’ve pulled in the range on the Support Drone’s and given them a bit more health to help survive up close.”

“We’re shifting some of Enforcer’s power out of his Bloodhound Rockets and into the rest of his kit. For a while the “memehounds” have been simply doing way too much damage for how easy they are to use, bordering on being a win-button. We’ve reduced the number of salvos fired to make them easier to dodge and lowered the damage per salvo to make them less punishing when hit. In exchange we’re giving a bunch back to the Aerator and Distortion Field in terms of more accuracy, faster reloads and better mobility.”

“Gunslinger’s have been annihilating everything in their path since they were buffed back in patch 1.1. Even though we pulled back on his damage a bit since then, those changes didn’t go far enough and so we’re doubling back and trimming more damage off of the Omega. We’re also fixing a longstanding issue where releasing the Omega charge shot early would cause you to always get the minimum damage.”

“We’ve added a Blocker scoring event to reward Juggernaut players for using his Holo-Deflector effectively. We also added a Cross-checked event for getting kills with his specialty charge attack.”

“We want Vanguard’s to be able to escape sticky situations using their mobility, but not necessarily have the fastest top speed in the game.”

“Wraith’s free mobility spam has broken every design rule we have in the game, complete with instant cooldown refreshes and infinite stab dashing. To keep him in check we’ve had to undertune the rest of his kit, which has left him feeling subar both to play as and to play against. We’re pulling the trigger on some mobility restrictions for Wraith that allows us to open up the rest of his kit. First, Wraith will no longer immediately regenerate triple jump charges upon hitting the ground. Second, the lunge associated with the Wasp is now on a 3 second cooldown. You’ll still be able to stab while it’s on cooldown, but there will be no forward impulse and the damage will be significantly reduced. On the buffs train we’re loading up improvements for almost every other aspect of the kit, with more damage on the Spektor, Slide Kick and Stinger, and a longer Key ability duration.”

“Blitzball has been sped up a bit through score limit and overall game time changes. We’ve also added some defensive centric scoring events to help out player who like to defend and counter attack. This also helps all of you unsung heroes playing Juggernaut and Titan as goalies keep up with the speedy scoring roles a bit better.”

A long list of changes that LawBreakers players will appreciate, I’m sure!

What do you want to see added to the game with the next patch?