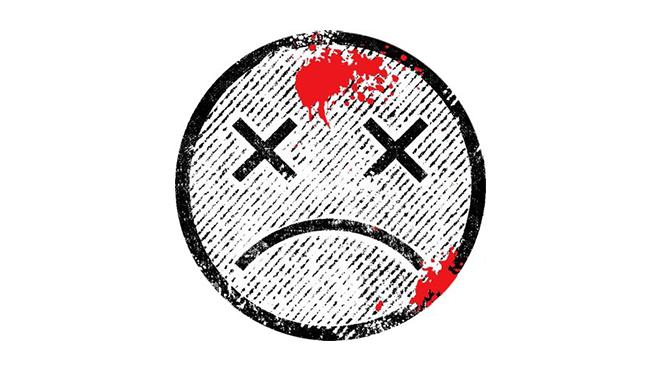 I’ve been pretty hyped for LawBreakers on PC. Having taken part in many an alpha and beta test, I’ve gotten to see the game change and evolve into something great. Unfortunately, for developer Boss Key Productions, it doesn’t like many other players share my sentiment.

Despite the game having achieved a “Very Positive” rating on Steam, peak player count on launch day rose to only 3,000 players. In comparison, Gearbox Software’s Battleborn managed to quadruple that count, with 12,000 players jumping in at release. 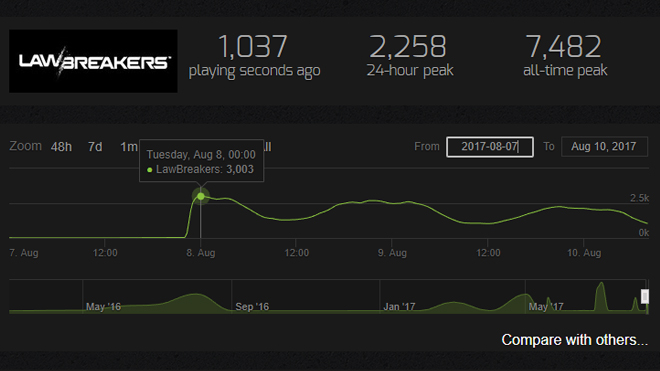 As you can see from the statistics above, the player count is continuing to drop. The “7,482 all-time peak” seems to include beta numbers, in case you were wondering.

Of course, the game is far from “dead,” as 1,000 players is still enough to quickly find a match, but it’s still worrying for the long-term. Boss Key is going to have to come up with something clever if they hope to bring in more players and save the game from an early death. Or, perhaps LawBreakers will revert back to the original planned free-to-play model? Time will tell!

The PS4 version of LawBreakers has also been suffering from some launch day woes.

Were you one of those 3,000 that were playing LawBreakers on PC at launch? What do you blame for the low amount of interest?