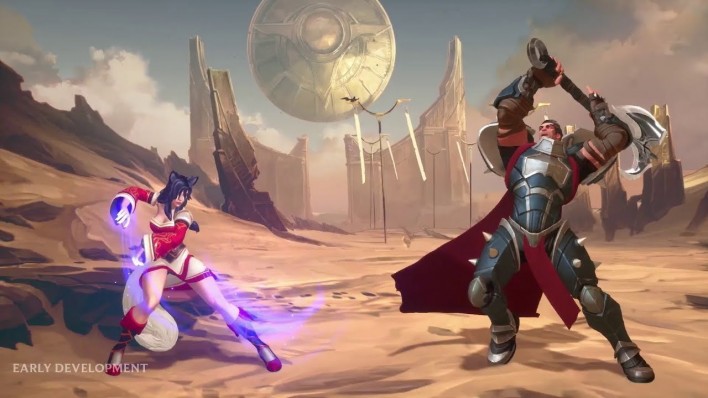 Riot Games celebrated the 10th anniversary of League of Legends earlier today, with the announcement that the game is coming to consoles and mobiles, and what’s more, that they’re developing a shooter based on the brand, too. However, the studio isn’t stopping there. A League of Legends fighting game has also been announced!

Revealed during the livestream, the League of Legends fighting game has no current title other than “Project L.” What we do know is that it’ll feature fighters from the League of Legend universe, and basically, that’s it. Oh, we do have an early look it though!

Riot Games has mentioned that they will be “going dark for a while after this” announcement, so would-be players shouldn’t expect any new developments soon. That said, 2020 is right around the corner, and we’re most likely going to hear more it then.

For reference, Riot Games acquired fighting game studio Radiant Entertainment back in 2016. During that time, Radiant was working on a free-to-play game called Rising Thunder, though that didn’t see the light of day, as the studio shut down development once it got acquired.

Are you ready to play all these League of Legends spin-offs? Or is the studio biting off more than it can chew?

The Best Multiplayer Games for Your Mobile Phone

Fortnite Update 2.40 Rolled Out and Here’s What It Does