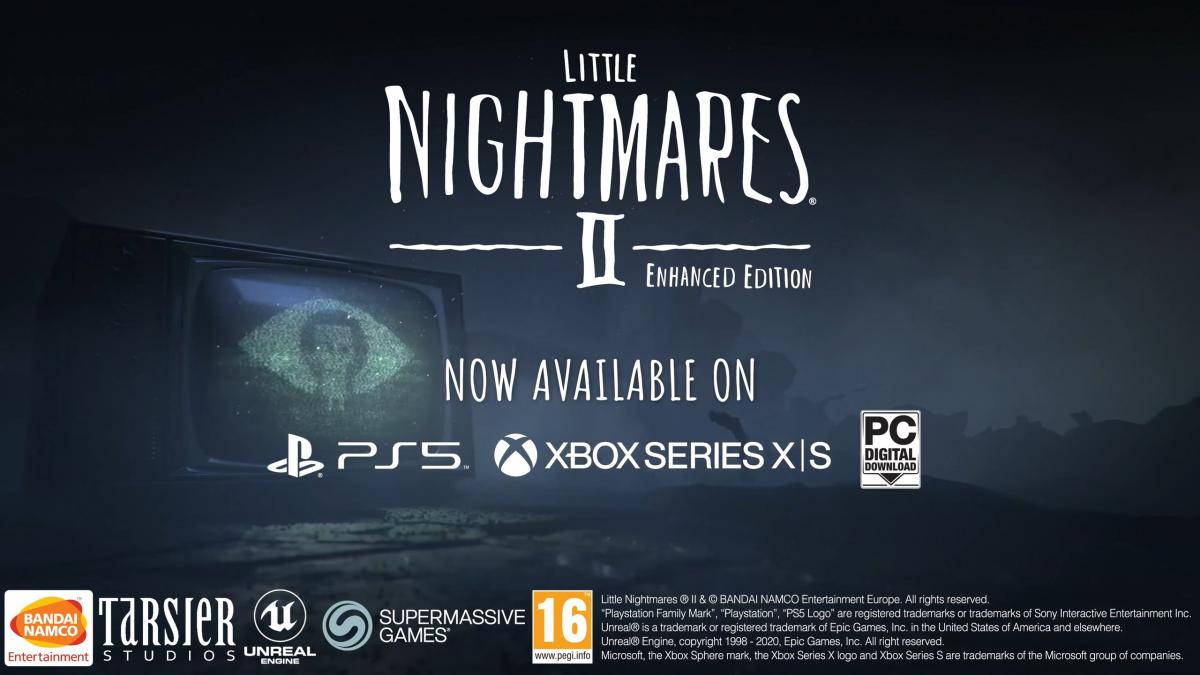 Publisher BANDAI NAMCO Entertainment and developer Tarsier Studios enjoyed a ton of success this year when they finally released the long-awaited sequel to Little Nightmares, the sleeper horror hit that the duo launched in 2017. Now, BANDAI NAMCO has more good news for the people who bought it on console, as the game is now officially available on PS5 and Xbox Series X|S! Titled “Little Nightmares 2 Enhanced Edition” it is now available as a free next-gen upgrade for those who own the game on last-gen and who also have a PlayStation 5 or an Xbox Series console.

The announcement was made ahead of gamescom Opening Night Live, and it was accompanied by a trailer which you can watch below.

This Enhanced Edition of Little Nightmares 2 added refined visuals and other improvements for the base game, which is sure to be enjoyed not only by current-gen console owners but those who played the game on PC as well. It includes the following enhancements.

Little Nightmares 2 is now available to play on current and last-gen consoles, PC, Nintendo Switch and Google Stadia. The Enhanced Edition of the game is a free upgrade for existing owners. If you’re unsure whether topick the game up, go check out our review of it right here.

Stay tuned for more from BANDAI NAMCO, as the publisher has revealed that they have more information on several of their upcoming titles during gamescom Opening Night Live.