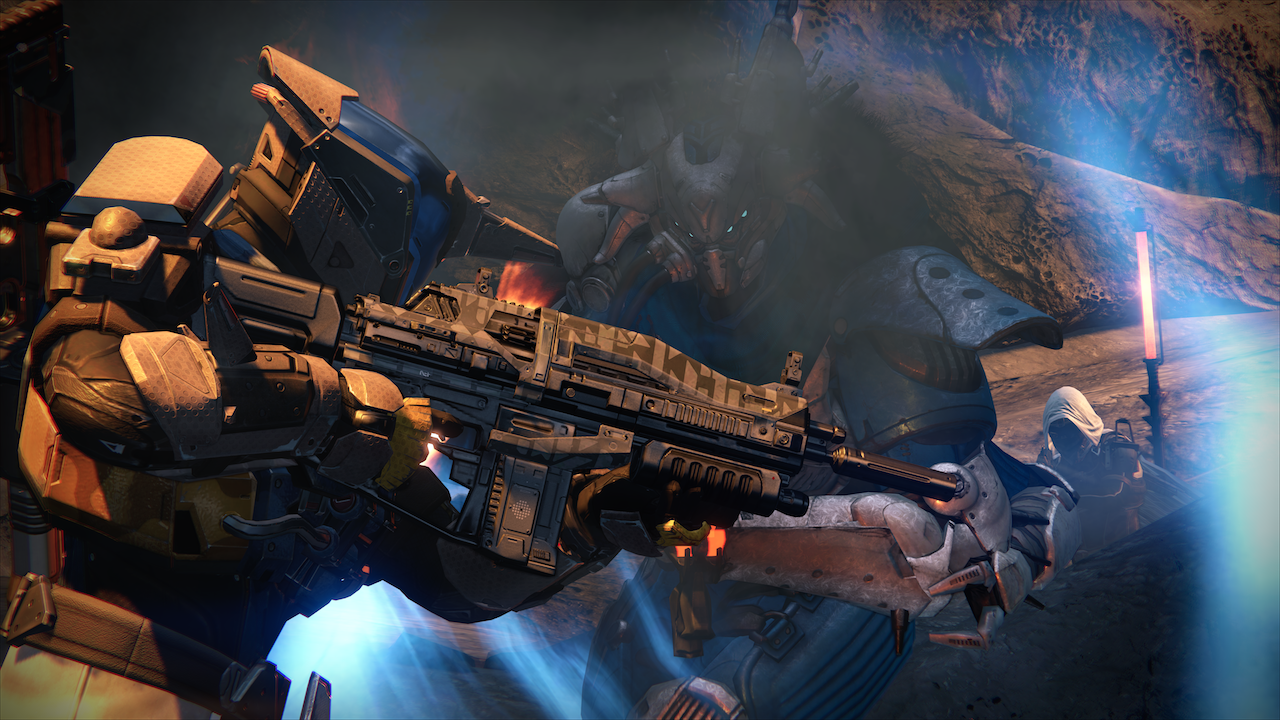 In Destiny‘s Patch 1.1.1 , due out later this month according to Community Manger David “DeeJ” Dague, the studio is planning a few major weapon tuning updates that will aim to help balance out the overall weapon sandbox in PvE and PvP combat.

All based on community feedback and user research date (with the help of “your mom”), Destiny’s next update will rework weapons like the under-used Pulse Rifles to become more effective while, at the same time, toning down some of the game’s more popular guns.

While weapon “nerfs” will undoubtedly upset a portion of Destiny’s user base, Sandbox Designer Jon Weisnewski says the changes are necessary.

“We pay close attention to kill times in all game modes against all combatant types. If we brought up all the other weapons to account for lethality spikes that occur in specific situations, then our TTK (time to kill) would get faster with every patch,” he explained in a recent blog update. “It is important to us to keep TTK values such that your arsenal feels lethal, but also both allows for some drama while you fight, and creates opportunities for counter-play when you’re being attacked.”

Why are these changes necessary? Well, take a look at Bungie’s latest user research findings via this handy info-graphic depicting weapon usage in PvE and PvP.

As you can see, Auto Rifles dominate both PvE and PvP settings while Pulse Rifles go nearly completely unused. Weisnewski went on to explain how this plans to be rectified in Destiny Update 1.1.1.

“Many of these changes are subtle. It may take a little while to feel the nuanced differences, or you may feel the changes immediately” he said. “It all depends on how you play. This is an opportunity to change up your combat strategy in new ways, and/or double down in the areas that still feel good to you.”

Here are the specifics on Bungie’s goals for each weapon class and how the game’s next update will help reach those goals:

As for Scout Rifles, Sniper Rifles, and Heavy Weapons, Weisnewski says they will go largely untouched in Destiny’s next patch.

For better or worse, we’re pretty excited to see Destiny’s PvP gameplay get some love with these new updates. What’s your take on the upcoming tweaks? Tell us in the comments below!