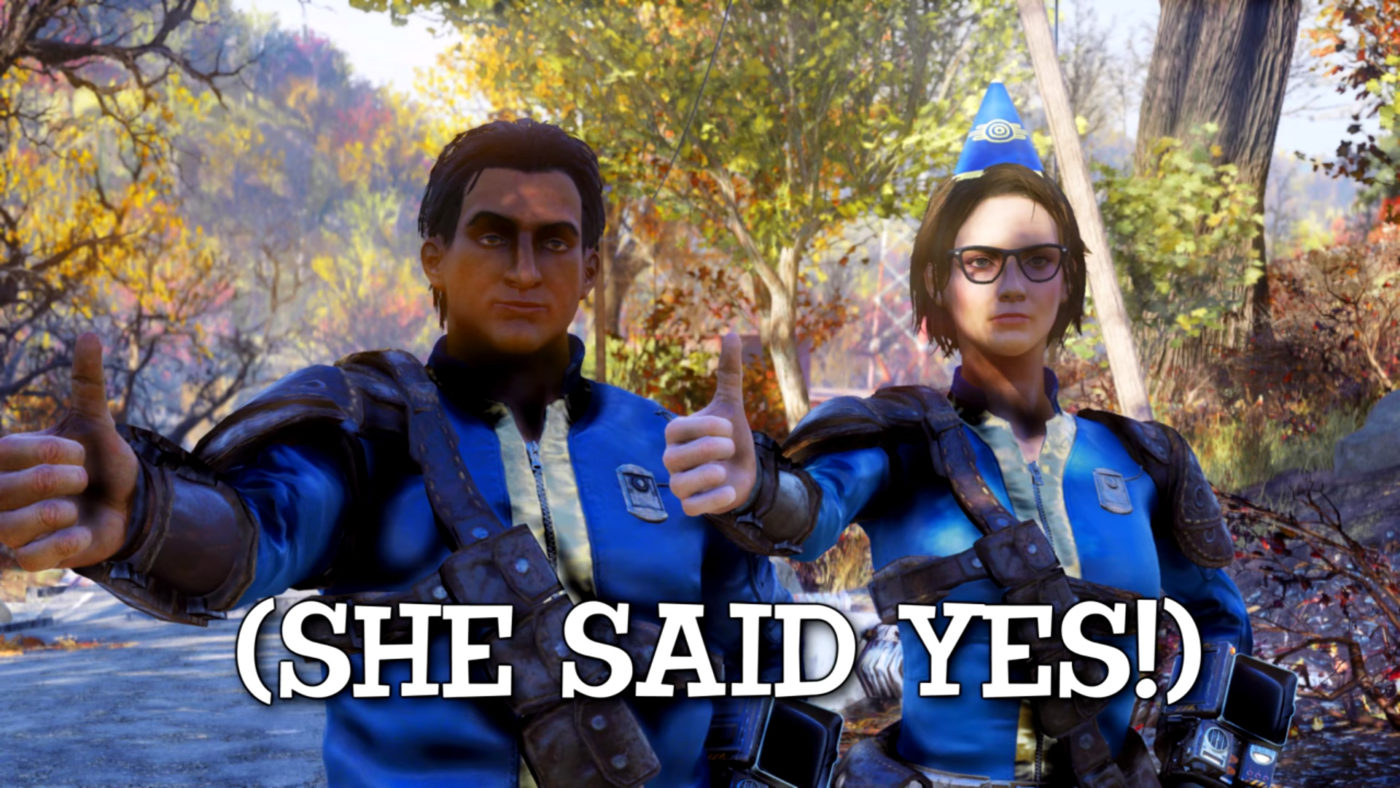 Man Does a Fallout 76 Proposal and Bethesda Even Helped Out

It’s always great when game companies get involved with their respective communities in one way or another, whether it be community events, AMAs, or more. And recently, the folks at Bethesda went the extra mile to help out one of their fans on his Fallout 76 proposal.

Reddit user /u/gibbersganfa or Justin shared, on the Fallout 76 sub-reddit, the story of how he reached out to Bethesda to hopefully somehow help him with his Fallout-themed proposal to long-time girlfriend Deana (/u/deanamae). Surprisingly, Bethesda community manage Devann (/u/LadyDevann) and the Bethesda art team create custom “clues” for a scavenger hunt inspired by Fallout 76’s Perk cards.

Justin then recorded and uploaded the actual scavenger hunt and proposal on YouTube. He said on his Reddit post on Bethesda going out of their way to help him, “They could have just as easily said no, or not bothered to respond to this random goofball from South Dakota with a weird idea. We’ll always be grateful for facilitating a unique moment in our lives together – very much in the spirit of a quest from within a fictional world we share a love of so much!”

Kudos to the LadyDevann and the team at Bethesda for their kind efforts. You can check out Justin’s post on Reddit or the Fallout 76 proposal video below:

In other Fallout 76 news, Bethesda has laid out some of the stuff coming in 2020, which includes a PTS (Private Test Server), Legendary status, and more.