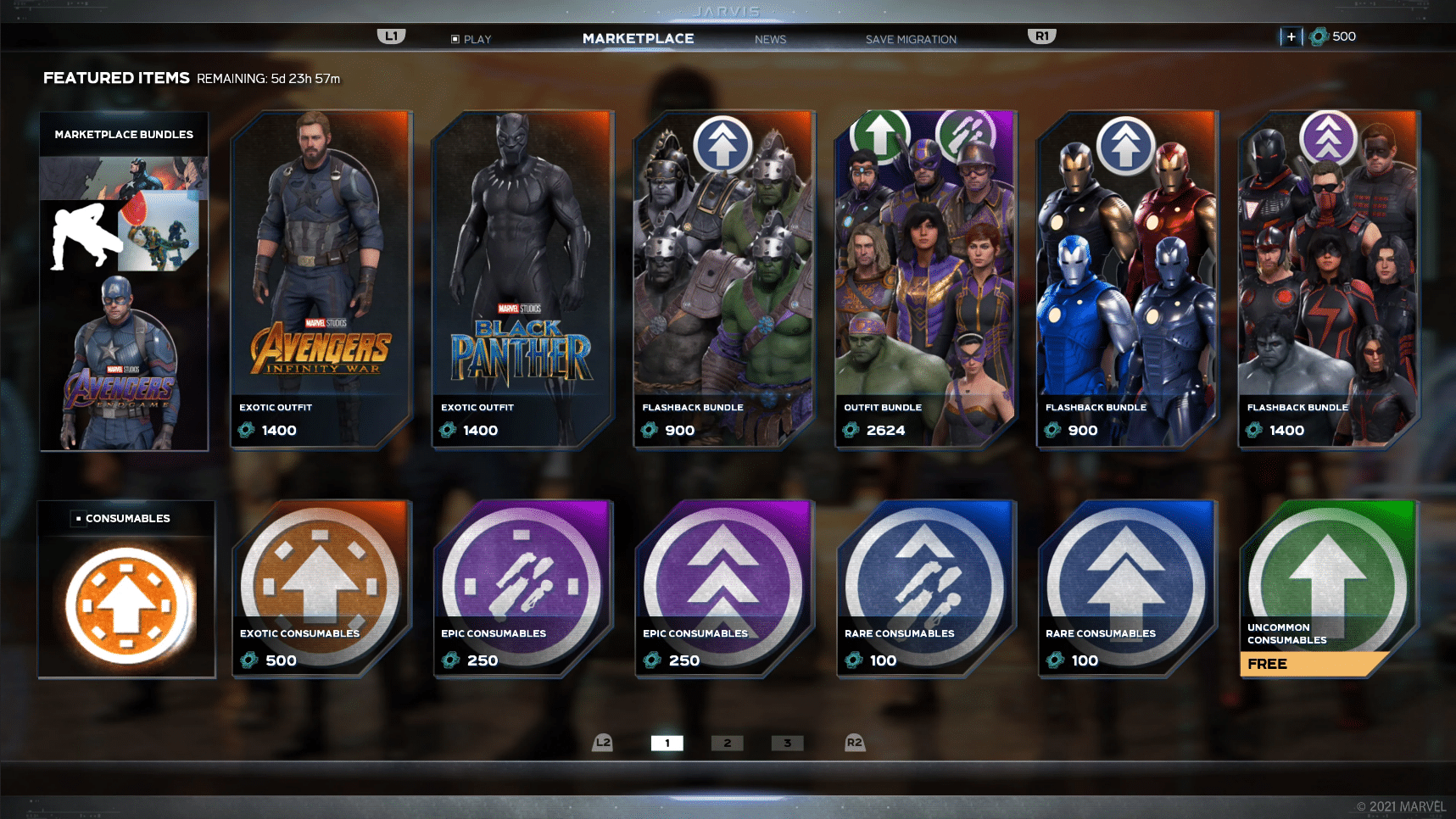 Developer Crystal Dynamics and publisher Square Enix is currently under heavy fire today as Marvel’s Avengers has implemented paid boosters, despite the latter two promising that cosmetics will be the only items players can pay for. The latest marketplace update for October 7 showed EXP consumables being sold, with the decision to do so receiving a ton of flak from the game’s community.

Much of the community’s anger stems from the fact that the game’s developer said that the only things under a paywall will be in-game cosmetics. In an interview with Gamesindustry.biz, developer Scott Amos has been quoted stating that, “In terms of how we monetise, we’ll have cosmetics. No gameplay paywalls.” EXP consumables are gameplay paywalls so to speak, no matter how you look at it, which is a very big reason for this controversy.

The Marvel’s Avengers subreddit is also currently bustling with activity, with many threads being created, including one that points out that the fact that Crystal Dynamics have failed to update their weekly blog to show that they are now also selling paid boosters in their marketplace.

They’re not even trying to hide their lie from PlayAvengers

Another one also showcases how the developer may have been foreshadowing their move into this direction seven months ago.

Even known Marvel’s Avengers dataminer Miller has also critized the move, and the official response of their Discord team, which he has taken a screenshot of for the world to see. Check it out below.

re: Marvel's Avengers
This is, to me, so emblematic of what's wrong with the game. From the messages being in code block to the first paragraph's bizarre formatting to the "ding threshold" soulless engagement metric jargon… pic.twitter.com/Q2sZHKeMRL

Whatever your opinion is, and whether you’re thinking that it will not affect you if you choose not to buy it, it’s important to note that the big uproar is certainly justified at the very least. Developers should not be making promises they can’t keep, and this blowback is a very valuable lesson for other studios to try and avoid doing this in the future, as the early good points the game may score is certainly not worth the outrage later down the line.

However, it’s also important to note that this decision may have not come from the developers at all, but rather from Square Enix, the game’s publisher. And even if you disagree with the game’s direction, remember to be civil in doing so.