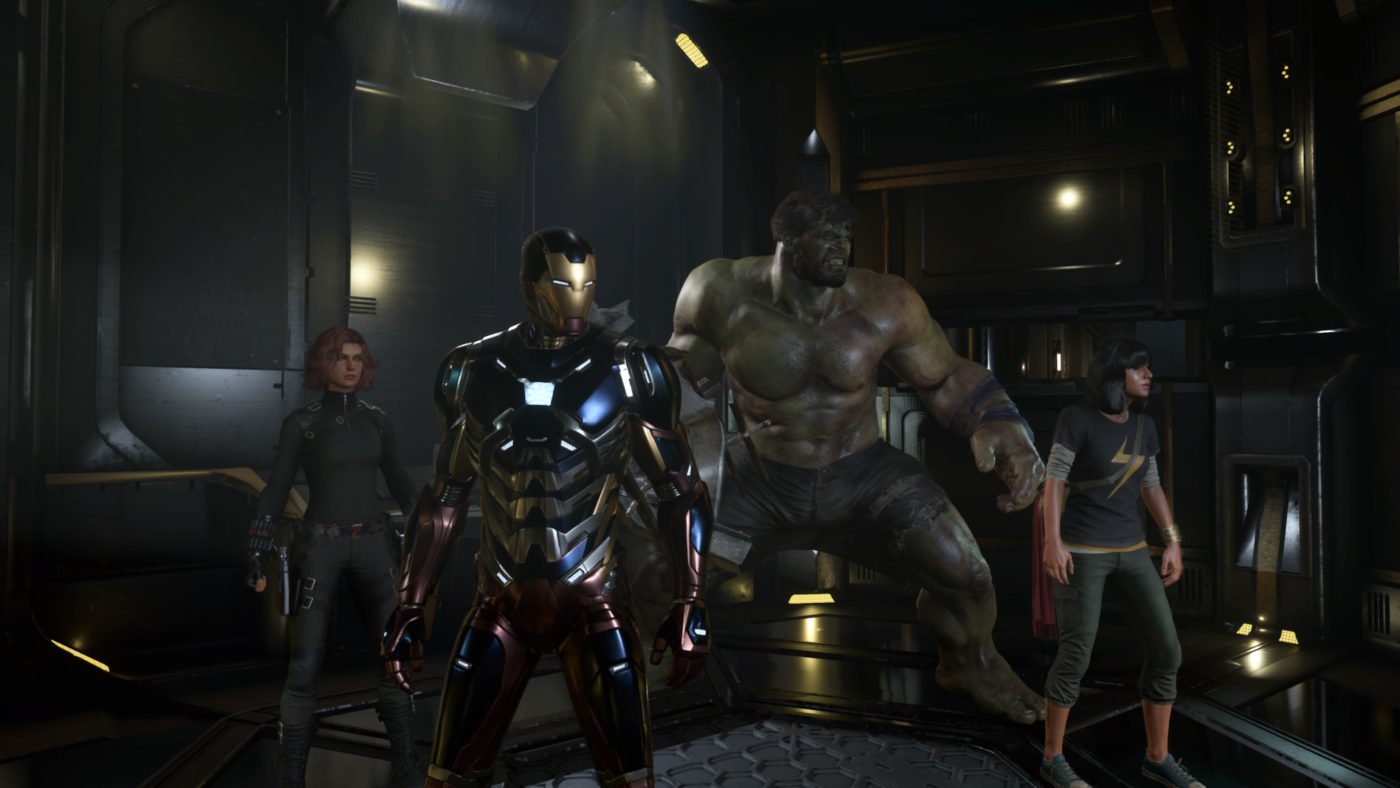 With Marvel’s Avengers launching in a few hours for some (or already out for some people depending on where you are), some players might not only be overwhelmed with everything the game throws at you, but even checking your character’s stats can be a bit confusing with how the Marvel’s Avengers game stats terminology is used.

You will see words like “Might” and “Precision” used in every gear you pick up, but just what is it exactly? If you’re confused, we’re here to help! Listed below are some of terms the game throws at you and we’ve listed it down so you know exactly what that gear does, or what the game tells you that something increassed by 15 percent.

Each hero in Marvel’s Avengers have “Heroics” which is a fancier term for special skills/moves.  These are the Support. Assault, and Ultimate Heroics.

Support Heroics cooldowns are lessened when you stack the Resilience stat, Assault with Precision, and Ultimate with Might (thanks, TonyBingGaming).

The A-Day opening set-piece walks players through the basics of the game, including light and heavy attacks, combos, dodging, ranged attacks, and abilities for each of the five core Avengers. As the campaign progress, the full extent of the game’s incredible depth and customization begins to reveal itself.

Each Hero can level up to the max level of 50. Experience points (XP) are earned by defeating enemies and completing activities. Certain gear can increase the amount of XP gained.

A Hero’s total Power corresponds to the average Power rating of their equipped gear. The maximum Power level is 150

While all Heroes have similar ability types (Light, Heavy, Ranged, Defensive, etc.), each plays notably different. Combat Director Vince Napoli previously worked on 2018’s God of War, and he and his team used that incredible pedigree as the foundation for which Marvel’s Avengers was built on

Intrinsic abilities are an essential element of what makes each Hero unique. Some Heroes must build up their Intrinsic meter through attacks and avoiding damage, while others recharge when not in use and drain while active.

Keeping Intrinsic abilities up as often as possible is vital to maximizing each Hero’s potential, and there are skills and gear that can help achieve that goal.

Each Hero has options for dodging, blocking, and parrying. While an all-out offensive assault is often an excellent approach, learning to use Defensive abilities consistently will ensure your Hero can go toe-to-toe with any enemy on any difficulty.

The Specialty skill tree is where you’ll upgrade and customize your Avenger’s Heroic abilities. If you want to use your Heroic abilities more often, there are skills and gear that will reduce cooldowns.

Support abilities can be paramount in swaying the tide of battle or keeping the Avengers at an advantage over their opponents. A Hero’s Heroic Support ability is arguably more important during team composition than its offensive counterparts.

Whether it’s Iron Man calling down the Hulkbuster or Kamala Khan using Embiggen, if you really want to see a comic book come to life on your screen, look no further than the spectacular (and spectacularly powerful) Heroic Ultimate abilities.

Loot and specialty/mastery options allow you to create a wide array of unique builds catered to your Hero, team, and personal playstyle.

Gear comes in rarities from common to exotic and provides stat increases and perks. Finding gear with perks that support your playstyle is key to maxing out your Heroes’ potential.

The higher the rarity and quality of gear, the more perks it may hold. You can boost your gear’s power and unlock additional perks by using materials found around missions and as mission rewards.

Unwanted or obsolete gear can be salvaged for boosting components, so don’t hesitate to clean out your inventory regularly

Mastery skills allow you to further customize your Hero. Once you unlock a Mastery skill tree, you will gain access to three different skill upgrades that you can freely switch between. This provides an unparalleled level of fine-tuning to where your Hulk may play completely differently than someone else’s, as just one example.

Specialty and Mastery skill trees often have options that can spawn Heroic, Willpower, or Intrinsic recovery items. Optimizing this aspect of your Hero build can help ensure that your team has a steady stream of Heroic or Intrinsic abilities always at the ready, or health recovery during tough missions.

There you have it, heroes! At least now you’ll be able determine what the game is telling you when it uses these terms for your gear or just for reference.

Stay tuned for more Marvel’s Avengers guides here on MP1st in our guides hub for the game where character skills overviews and more are featured.