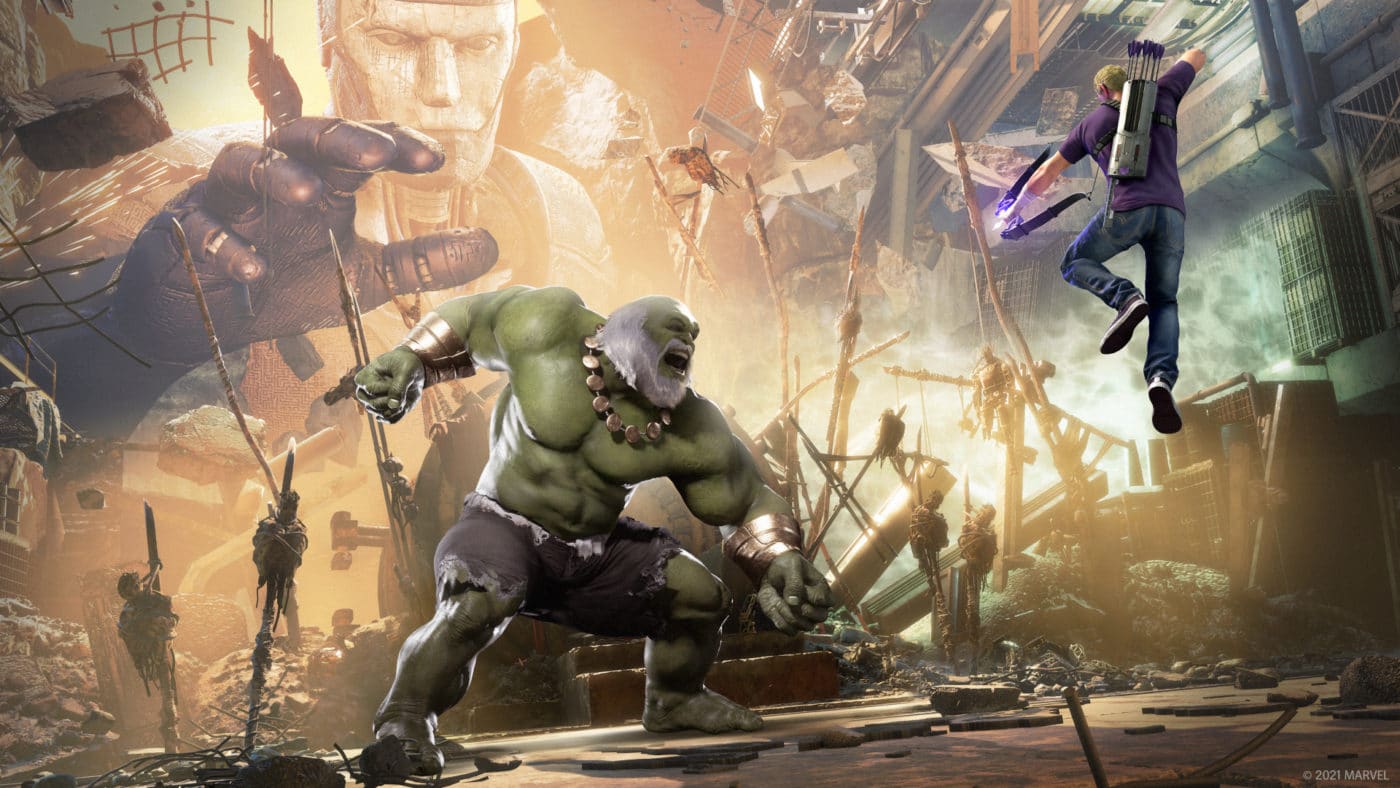 Marvel’s Avengers PS5 & Xbox Series enhancements have officially been detailed by Crystal Dynamics, with the next-gen versions coming this March 18.

While the team only showed a brief trailer and shared some light details on the Marvel’s Avengers enhancements for the PS5 version (due to marketing agreement,) a newsletter from the official PlayAvengers website that we received features a full breakdown of the PS5, Xbox Series X, and Xbox Series S enhancements that players can expect come next month. 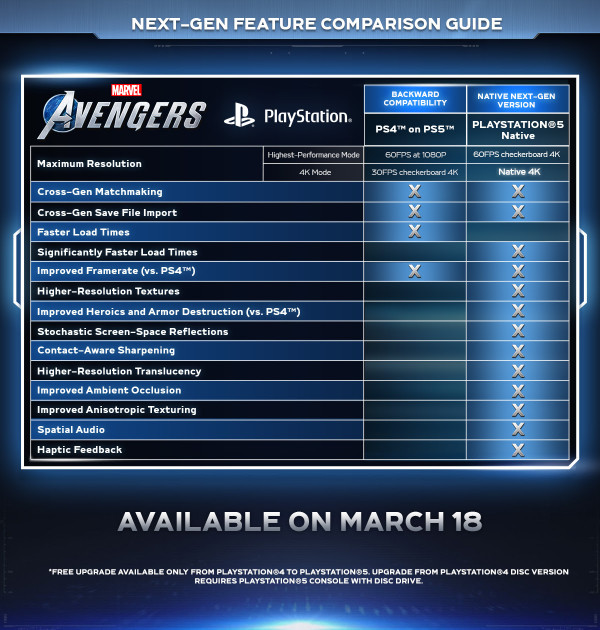 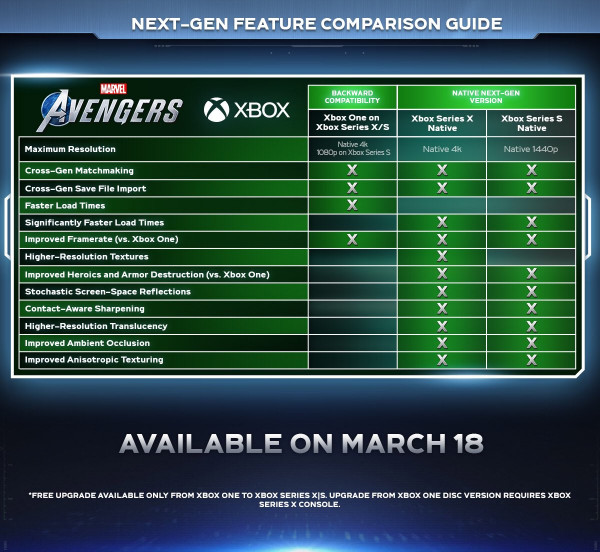 What makes this a bit interesting is that there is no mention of any real-time ray-tracing that the developers had originally confirmed last year. No mention of different lighting either (just improved,) and as for reflections it will opt to use stochastic screen-space reflections (SSR). For those who don’t understand the difference between SSR and ray-traced reflection, SSR technique renders only what’s viewable within the player’s screen, versus ray-tracing reflection being able to render objects even off screen from any angle. Basically if you look at a reflection of say a mirror with an object in view of the player, it’ll reflect, but as soon as you move out of view of the object (moving camera) it will begin to disappear. Here’s a video demonstrating the two.

I’ll say personally it’s not that big of a deal for Marvel’s Avengers, especially when considering the current performance on last-gen consoles. The added load from real-time ray tracing reflection has proven to be quite demanding in many titles before Avengers, so the lack of the feature is probably for the best all things considering. Plus, this isn’t to say that SSR can’t be impressive in it’s own way, it’ll really just depend on how Crystal Dynamic utilizes it.

Of course this could be a printing mistake, so to be sure we went ahead and reached out to Square Enix and Crystal Dynamic for any possible comment. We’ll be sure to update if we hear anything back.

PlayStation Store Sale Feb. 17 “Double Discounts” Live, Here Are All the Games (US)