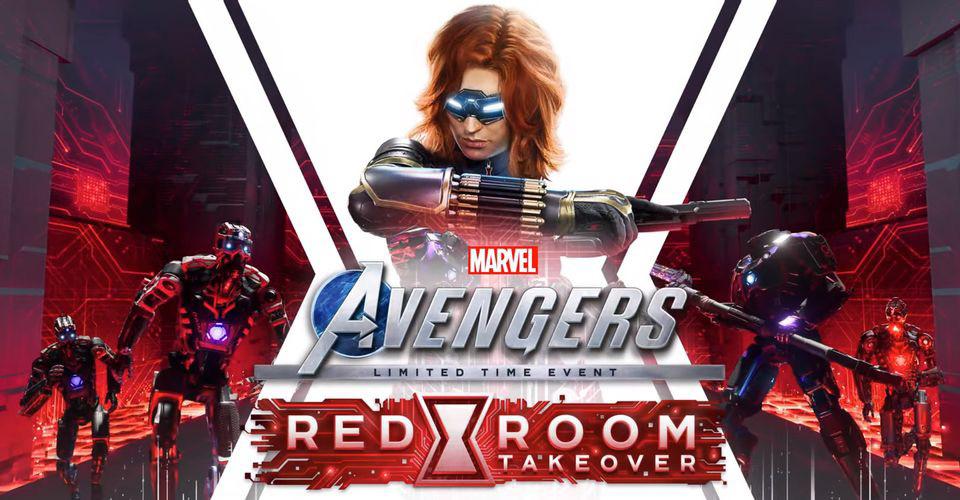 While Crystal Dynamics launched the Marvel’s Avengers Red Room Takeover event two months ago, the event is coming back and it’s to celebrate the Black Widow movie launching this coming week!

This was revealed by the developers during this past week’s Marvel’s Avengers devstream, where more info regarding the Red Room event has been discussed, as well as plans for the future. The Red Room event will start on July 8, and will last until July 22. Players can expect some bugs associated with the event to be fixed, and there’s a new team animated nameplate coming with it as well.

As for future content, Crystal Dynamics is planning to talk a little bit about the Black Panther War for Wakanda free DLC this coming week, though that’s not a lock, as the devs need approval before they can share more info about it. However, one thing the devs were allowed to share is how players will be able to equipe eight takedowns per character once the War for Wakanda update is out!

This is a good move by Crystal Dynamics for some synergized marketing with the upcoming movie. If you missed the Red Room event when it first launched, now’s your chance to experience it.

The Black Widow movie starring Scarlett Johansson will be released on July 7.