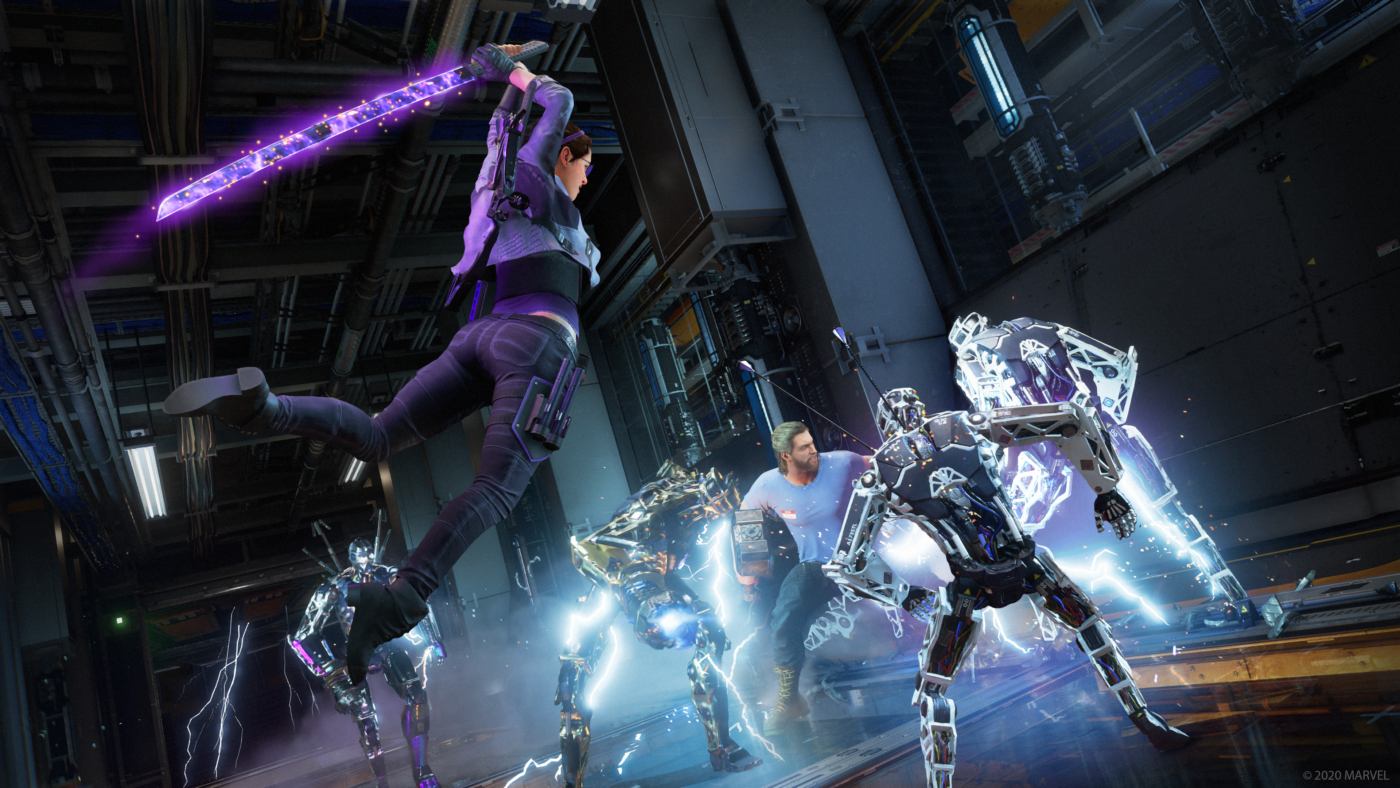 Marvel’s Avengers fans looking for something new to grind for, your wish has been granted! Operation Take Aim which features Kate Bishop as a playable character is out! The Marvel’s Avengers update 1.17 December 8 patch is now live, and clocks in at 14GB on PS4, and a whopping 50GB on Xbox One!

Official patch notes has been released by Crystal Dynamics!

A look at the new UI:

Info on the new operation per in-game message:

Official notes have been updated above!

Taking AIM is a new story with a new Super Hero that takes place in the existing world of Marvel’s Avengers. Kate Bishop – who first appeared in Young Avengers #1 –  is a master archer and skilled gymnast. Missing since A-Day, she resurfaces after her investigation into Nick Fury’s disappearance results in her mentor Clint Barton (aka Hawkeye) going missing as well. As she unravels the mystery behind the sudden appearance of time-warping Tachyon Rifts, she uncovers a twisted new plan from AIM, which pushes her to work with the Avengers once again.

The first Mission takes place in SHIELD Substation Zero by talking to Maria Hill. You won’t start off playing as Kate since there’s some narrative to unravel first, but rest assured you’ll shortly recruit her into the Operation.

Every Mission in Operation: Taking AIM can be played multiplayer with any character in your roster. If you choose to play through a mission as one of the core six Heroes, Kate will join you as an AI companion.

As we’ve talked about before, Operation: Taking AIM is just the first part of the Hawkeye “double feature” that will conclude with Clint Barton’s Operation Hawkeye – Future Imperfect early next year. We’re super grateful for the excitement surrounding the Future Imperfect sneak peek, have been watching your reaction videos and can’t wait to share more details with you!

Each Hero Challenge Card has a free and unlockable premium track with 40 Tiers of rewards. Rewards are earned via Challenge Points by completing daily and weekly challenges. Kate’s premium hero card track can be unlocked at a cost of 1,000 credits – which many of you have already earned through completing the free cards of the six starting Heroes!

Before we wrap up, check out some tips & tricks from our dev team to ensure you’ve got the edge as Kate.

We’ll update the post later with the official patch notes released by the devs on the official website for Marvel’s Avengers.

UPDATE: Official patch notes has been released by Crystal Dynamics and post has been updated to list then.