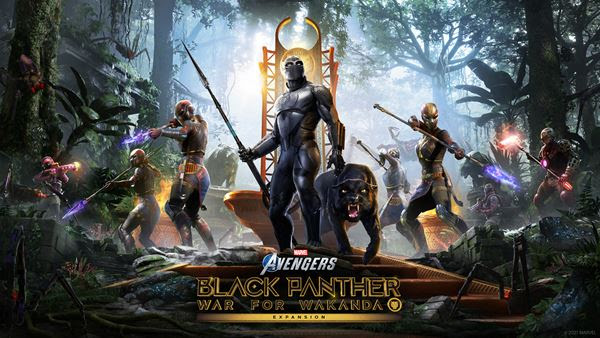 Play Avengers fans, Crystal Dynamics has finally revealed the Marvel’s Avengers War for Wakanda release date, and it’s this August 17! In addition to that, a new War Table is scheduled to air on August 16 at 10AM PDT/1PM EDT/1AM HKT that will feature the upcoming free expansion!

Those who wish to watch it, can do so via the official Crystal Dynamics Twitch channel, and will feature all sorts of info tied to the DLC. Expect two new villains, a brand-new environment to explire, new enemies, the Birnin Zana Outpost, new solo and/or multiplayer Drop Zone and Threat Sector, and more. This is the biggest content drop the game has seen so far since it launched last year.

The story of the free War for Wakanda expansion revolves around King T’Challa, the Black Panther, devoted protector and current ruler of Wakanda. Blindsided by a betrayal and the resulting tragedy, T’Challa finds it difficult to entrust his duty to anyone else, even his sister Shuri, while also confronting those who wish to do Wakanda harm. When arch-villain Klaw’s forces threaten Wakanda’s safety, T’Challa must take the fight right to them to defend everything and everyone he holds dear.

Players will experience the game’s story and additional missions in the ongoing Avengers Initiative in the lush jungles of Wakanda, an entirely new environment and sole location of the world’s Vibranium. They’ll also get to explore the Royal Palace that overlooks Birnin Zana, known as “The Golden City,” in a new Outpost that contains Shuri’s laboratory, Zawavari’s chambers, and the Wakandan War Room.

Again, the Marvel’s Avengers War for Wakanda release date is on August 17! MP1st will be the place to go for a recap on the War Table the day before, and when the update is available.