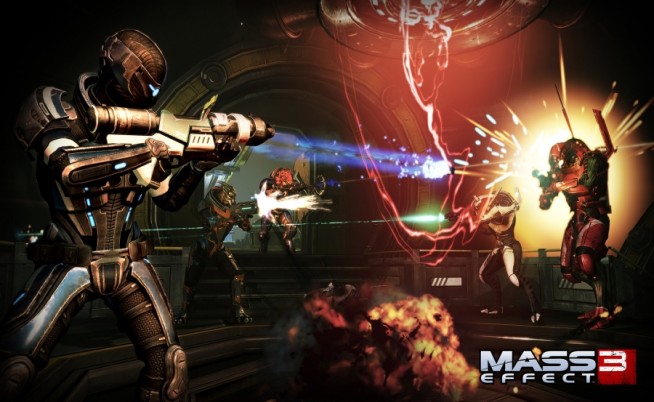 Titled Mass Effect 3: Special Forces Trailer, BioWare shows off some of the exotic locales in which you’ll be waging war, each of the playable races and classes, as well as some of the intense Biotic and Tech powers that will be available at your fingertips when the game launches March 6th. Check out the trailer below and read on for a break down.

All classes except the Biotic were shown. It also seems that there are different variants of each class (eg. Solder and Vanguard) that is either determined by player choice or race. Each class can use up to three powers.

Also, check out ‘Why BioWare Included Multiplayer in Mass Effect 3‘.