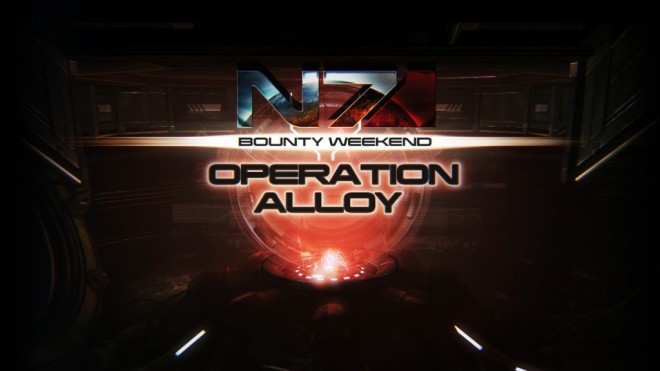 Look forward to yet another Mass Effect 3 N7 Bounty Weekend with Operation: Alloy initiating August 24 at 11am MDT until August 26 at 5am MDT.

“A training center will only take a recruit so far. Our recruits need field experience, so it’s time to integrate them with seasoned squads during our next series of sweeps,” says the official BioWare Blog.

Are you still participating in these Mass Effect 3 Operations? Let us know in the comments below!