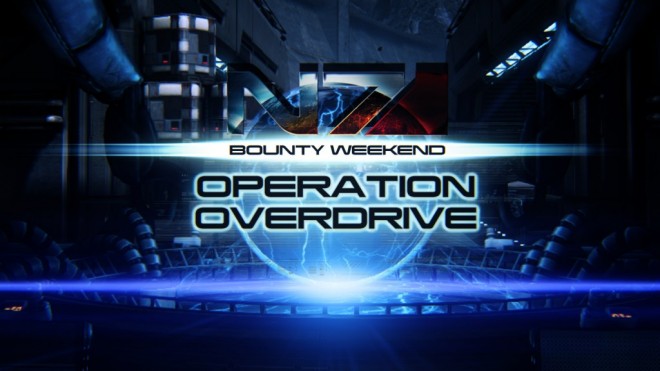 Mass Effect fans, prepare for yet another N7 Bounty Weekend as BioWare kicks Operation: Overdrive into gear this October 5th – 7th on the Xbox 360, PS3 and PC.

The official BioWare blog writes, “Based on intel recovered during Operation PATRIOT, we are anticipating a massive strike from the Reapers on multiple fronts. Our information officers and special-ops teams stationed behind enemy lines require immediate extraction.”

Squad Goal: Full extraction on any map at any difficulty in 20 minutes or less. Squads can be any size.

Allied Goal: Complete 200,000 extraction waves on any difficulty. Squads can be any size. Full extraction not required.