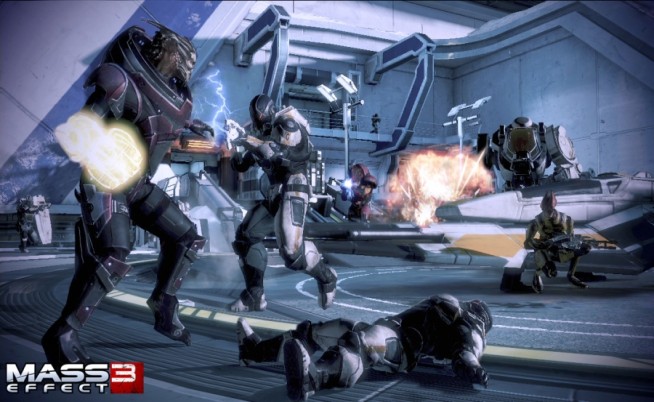 “We’ve been trying to figure out how to put multiplayer in Mass Effect since Mass Effect 1″ Said Executive Producer, Casey Hudson in an interview with Gamasutra.

Though this has been a wish among the BioWare team since the inception of the franchise, unfortunately, it just didn’t click with the story and setting of earlier games: “…we couldn’t figure out how [multiplayer] made sense with the story of Mass Effect 1. The same thing applied in Mass Effect 2. You’re basically by yourself even more than Mass Effect 1, and the multiplayer just didn’t really make sense.” Hudson promised that BioWare “wouldn’t do the thing that people are afraid that [they] would do where you’re running around and there are 16 Commander Shepard’s trying to shoot each other for some bizarre reason.” Luckily, “…the story of Mass Effect 3 is so much more out in the open, and generally everyone knows what Shepard is up to, and everyone across the galaxy is fighting the same war that Shepard is.” Hudson went on to explain that though the BioWare Montreal team handled the multiplayer side of development, they were closely integrated with the main BioWare HQ in Edmonton. He assures us that “it integrates with the single player story really nicely.”

Hudson also spoke about some of the greatest challenges BioWare faced during development of Mass Effect 3, one of which happened to be the multiplayer: “This is the first game in the series that we’re doing multiplayer, and multiplayer is therefore a new challenge for us.” He elaborated, “I would say that the biggest challenge has been just making sure that the multiplayer side of the experience is going to really be satisfying for players.” Judging by the reactions from the recent multiplayer demo (which you can read MP1st’s impressions of right here), it’s safe to say BioWare can sleep easy.

Do you think multiplayer will become a valuable edition to the Mass Effect franchise? Let us know your thoughts in the comments below!