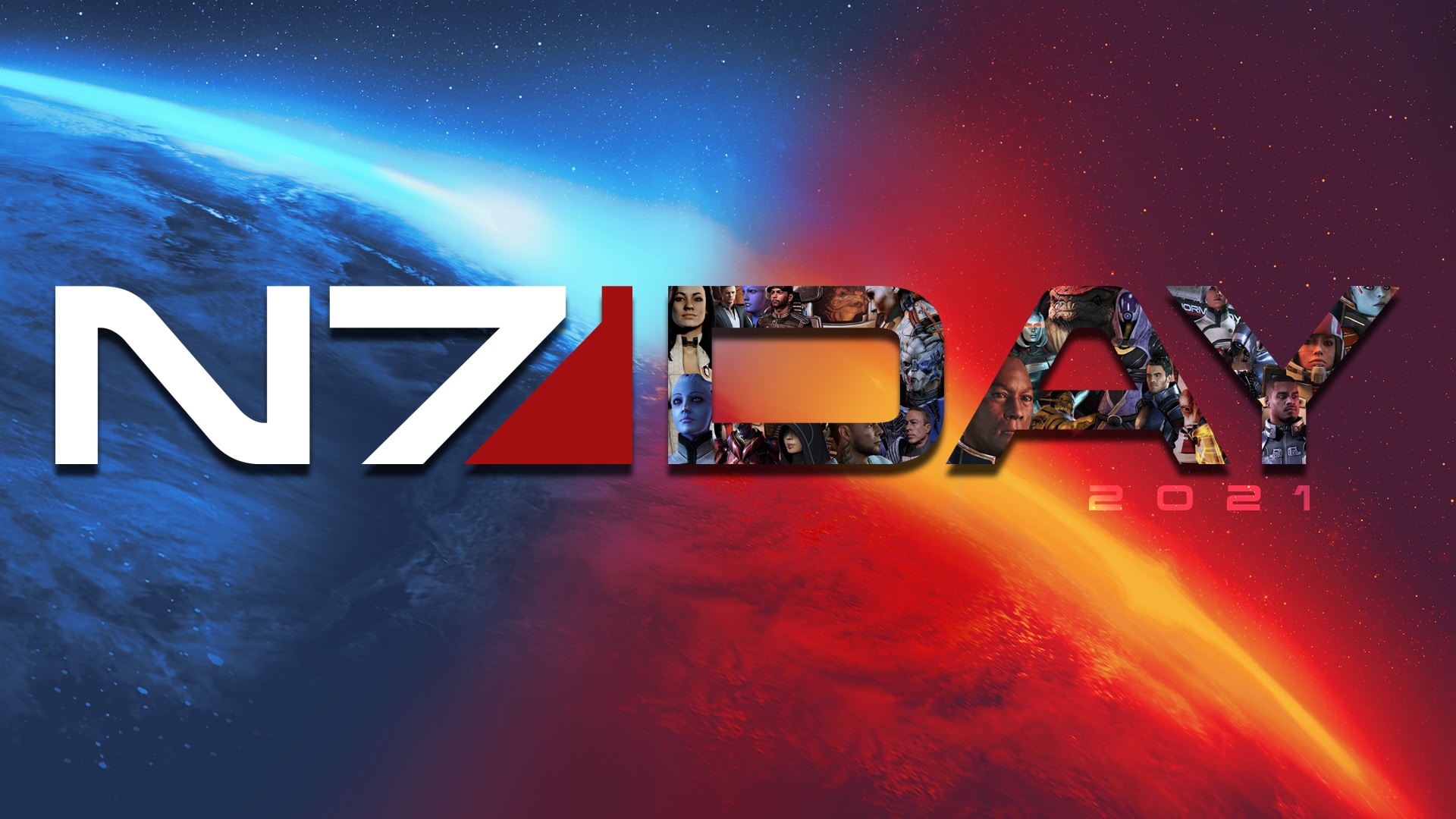 It’s November 7, and in case you didn’t know, that’s also N7 Day for Mass Effect! While “N7” doesn’t mean November 7 in Mass Effect’s universe (it’s a code for the Alliance military, with N designating special forces, and 7 marked as the highest level in proficiency), BioWare has embraced the date every year. For Mass Effect N7 Day 2021, the studio announced a contest, and other nifty stuff that fans will enjoy.

For those wondering, there is no new info regarding the upcoming Mass Effect game, though there is info on what the franchise means to the developers.

A DAY FOR LOOKING AROUND

On N7 Day, we celebrate all things Mass Effect — and most importantly, we celebrate you, the fans. This universe wouldn’t be much without you to explore it. You’ve shared with us your love for the series through art, fan fiction, cosplay, and countless other gestures of appreciation that make us feel so grateful, in turn, to have you as fans. So as a token of thanks, we’ll be sharing some of your creations and your celebrations today and in the coming days.

On top of that, we’ve got some other fun stuff lined up for you today. Like…

In addition to the events, stickers and other stuff, BioWare has also dived deeper into the Mass Effect Legendary Edition player stats! While the most popular player choices have been revealed earlier this year, the studio gave an even more in-depth look! We’ve chopped up the infographic into bite-sized images in the gallery for an easier read.

Finally, over on Twitter, the studio revealed a new image for Mass Effect! Well, it’s more of a new concept art or something, but we’ll take what we can get!

We have another #N7Day surprise for you from the team working on the next Mass Effect. 👀

Thank you all for being the best fans in the world! pic.twitter.com/kUwASGJhcx

BioWare ended the blog post by re-affirming that the studio is hard at work on the next entry in the Mass Effect universe, though there’s no new info to share. If you want to read the notes from the devs, head on over to the BioWare blog.

If you still haven’t trekked through the universe yet, go check out our Mass Effect Legendary Edition review! It’s one heck of a ride, and you’ll get caught up with Commander Shepard’s tale by the end.