by Sean Mesler
in News, Reviews

The Mass Effect trilogy is effectively what put BioWare on the map. Sure they have a storied history prior to Mass Effect originally arriving on Xbox 360 as an exclusive with such great games as Star Wars: Knights of the Old Republic, but it was Mass Effect that truly made them a household name among gamers. With their excellent storytelling and characters, the sci-fi/third-person shooter/RPG mash up won the hearts and minds of players, making BioWare one of the most revered studios ever. In the age of remasters it was only a matter of time before BioWare’s true opus got in on the trend. And largely, Mass Effect Legendary Edition is a massive success. However, it’s not without its curious omissions and missed opportunities. 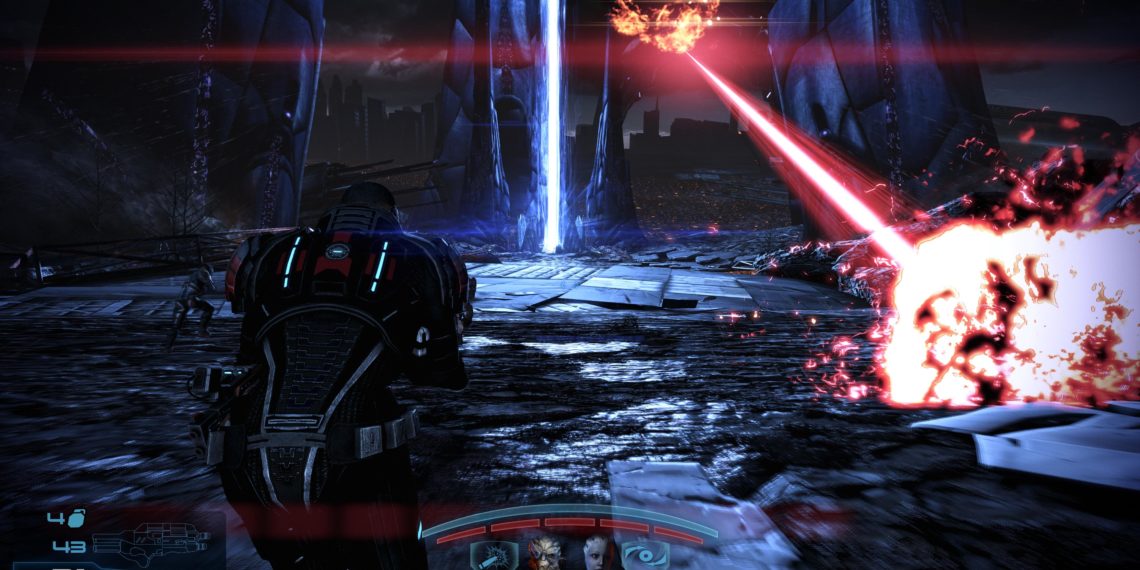 Telling the story of Commander Shepard, the crew of the Normandy and their fight against machine threat The Reapers across three epic, expansive campaigns, the Mass Effect trilogy takes a lot of cues from hard sci-fi properties such as Star Trek, Battlestar Galactica and authors like Philip K Dick and Issac Asomov.. Anyone familiar with science fiction will see the inspiration. But what it lacks in true originality of some well worn concepts, it’s how well the writing team weave these tropes into the storytelling and rich, complex characters that really make everything feel fresh.

A Story Worth Reliving

Playing through the entire trilogy back to back for the first time, for me Mass Effect has the strongest story overall. It’s tight and focused and allows for there to be room to explore and do side quests without creating a dissonance of the impending doom ticking clock that makes the third game less plausible.

While Mass Effect has the overall better and tighter story, Mass Effect 2 has the better characters and side stories. As the middle chapter, there are certainly stakes but the way it unfolds allowed me to get to know and help each character with their stories and “Loyalty missions.” It also upends what we thought we knew after the first game which makes for some fun situations. I had no issues doing everyone’s missions to ensure each and every one survived by the end. And for those not in the know, it is entirely possible to lose some or all of your crew in the game. Now, while I do love Mass Effect 2 overall, the scope and amount of characters does make the game lose a little bit of that focus the first game had. 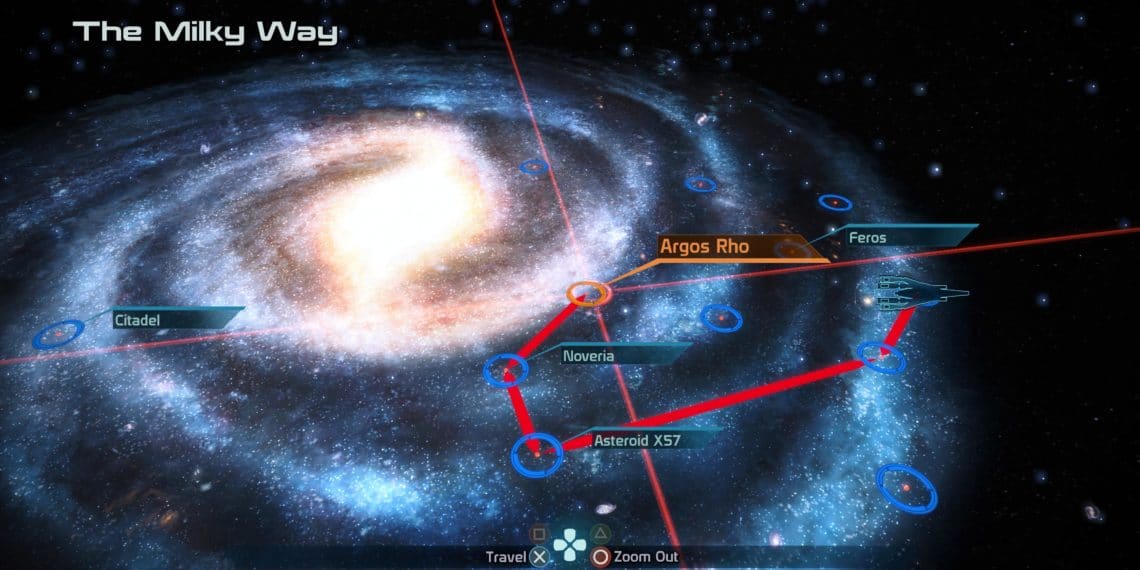 Mass Effect 3 suffers the most, narratively speaking. It’s definitely good, and it’s definitely emotional, but there is a massive disconnect from what we’ve been told and show about the Reapers and the structure of the game that requires Shepard to fly around the galaxy, brokering peace between species, collecting war assets, doing a ton of side quests and mini-quests, all while The Reapers are laying waste to many planets. It gets a little ridiculous after a while, and in order to get the best possible outcome you do need to take time to do all of these side missions, mini-quests, and scan every planet.

It’s also a bummer that I spent so much time getting to know and love the characters in Mass Effect 2 only to have most of them show up in Mass Effect 3 as glorified cameos. I’m not a developer but my assumption is that because of the possibility of being able to have everyone in the previous game die, it was a design nightmare to account for every permutation while still having all of these characters be part of the main crew for the game. This also means that certain romances from Mass Effect 2 don’t play out as satisfyingly as they could have (e.g. Miranda). This is slightly remedied with the Citadel DLC if you hold off on playing it till right before the point of no return in the game. It’s better but not exactly as fulfilling as it could have been given the investment put into these characters in Mass Effect 2. 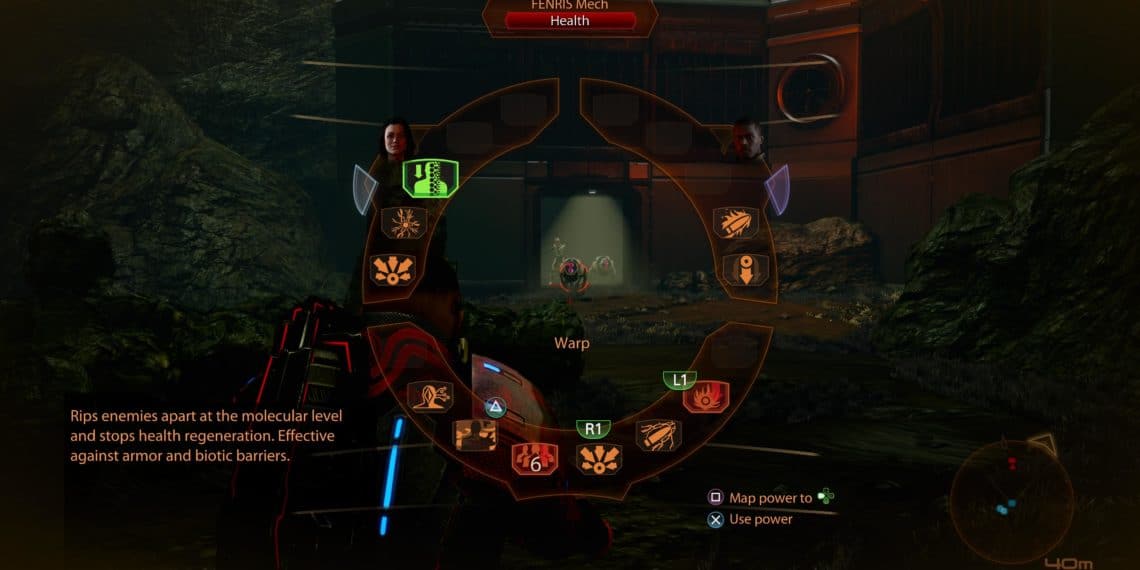 The Mass Effect Legendary Edition also brings in almost all of the DLC (Pinnacle Station was unfortunately not included due to the files being corrupted and lost forever) making the already beefy stories of all three games even larger. And all are handled with great care, though some are better than others. All in all you get a ton of game for the asking price.

I should note here that with the exception of the From Ashes DLC for Mass Effect 3, this package was my first time playing through all of the DLC. I was really impressed with the likes of Lair of the Shadow Broker (Mass Effect 2) which adds a significant three hour or so campaign as well as my favorite piece of DLC ever, Citadel (Mass Effect 3). It’s robust, hilarious, and a final victory lap for the crew of the Normandy (those who survived, anyway) that actually has a lot more content than a lot of games. It’s also one you can keep going back to for challenges and such with the Arena mode. 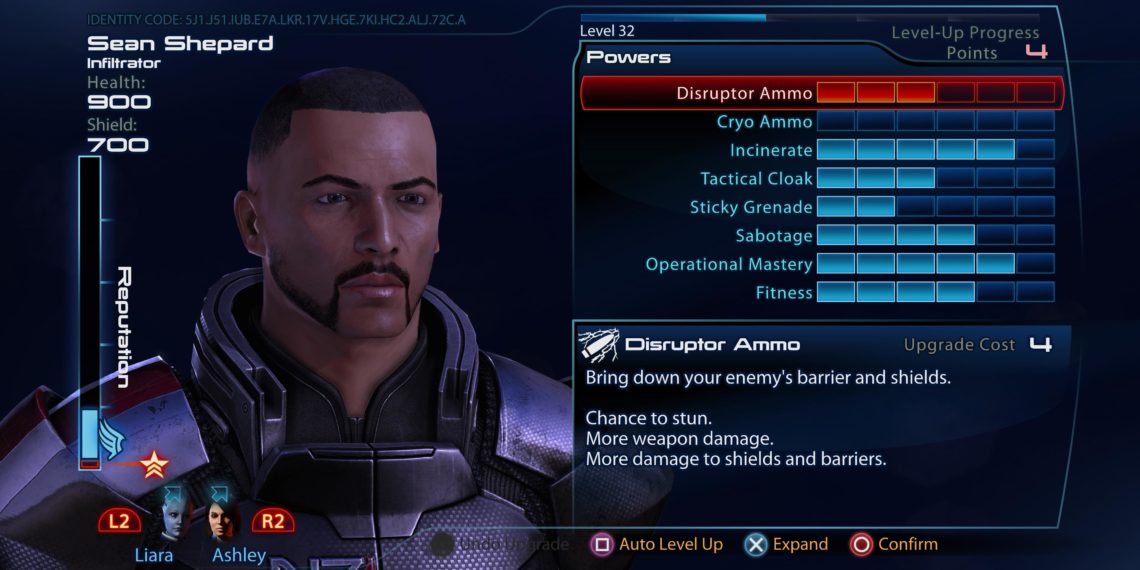 Beyond the exceptional storytelling, there is the “hook” of the game in that there are a lot of choices and different outcomes you can partake in that do play out across all three games. Most of the decisions are binary but they do have branches that can greatly change how events of the game or even the next game play out. This adds a ton of replay value to the game for those looking for it. Personally, I like my playthrough as THE story of Mass Effect and playing it again all these years later, I still made the same decisions except for one (and I like my original choice better).

Much has been made of the Paragon vs Renegade choice system of the game which makes it fairly binary for sure, but considering these games allow you to import saves across all three games which to this day hasn’t really been topped (not even by Telltale), I can forgive its somewhat rigid approach. Some decisions seem small, and some have massive moral implications which I really appreciate and makes for great conversation and theoretical discussion. Not too many games allow for that and I applaud it. 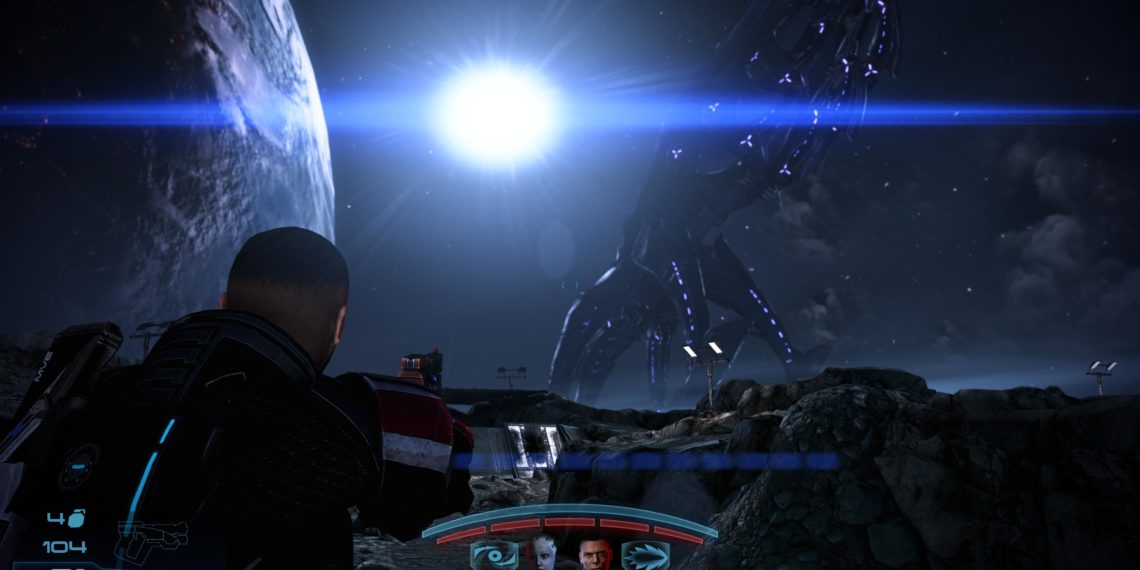 If It Ain’t Broke Don’t Fix It

So, all of this so far is well-known if you have played the games, so what exactly is new about Mass Effect Legendary Edition? By and large, not a whole lot. At least regarding Mass Effect 2 and Mass Effect 3 beyond framerate, resolution and a fresh coat of graphical paint. They play the same and retain all of the same quirks and odd design decisions like not being able to change weapons you want equipped in Mass Effect 3 without either a “weapons bench” which are rare in mission but always accessible in the Normandy, or when you find a new weapon. It’s an annoyance and an overcorrection of the way too many options in Mass Effect 1, and too few options in Mass Effect 2. You also can’t holster your weapon in Mass Effect 3 whereas you can in both Mass Effect and Mass Effect 2. At the time it was blamed on a memory issue where they didn’t want to waste it on something so relatively small, but that was understandable with Xbox 360 and PS3. On Xbox One and PS4, it’s much less so. Sure, this might be a nitpick but given they did have the opportunity to change some things, leaving these type of clunky things in, seems like a missed opportunity. Since there is no multiplayer and no smartphone app tie in, they did rework the War Assets aspect of the game that plays into what ending you get for Mass Effect 3 so that’s something.

By the same token, a lot of what made the first Mass Effect a much more “hardcore” RPG was that you invested points into weapons skills that made them much more effective in combat. Having a low sniper rifle investment meant that it was harder to keep steady and shoot, for example. Additionally, each weapon you picked up had stats themselves which helped with this. However, in the Legendary Edition, Mass Effect has seen the most improvements in this area. Gone are the “dice roles” and stat requirements behind the scenes, making it much more like the third-person shooters the sequels are. Which begs the question, if the stats don’t really matter in terms of handling, why not rework the leveling up situation and why do we have to have ten different levels of certain guns when only the damage and how fast your gun overheats matters anymore? I guess I get that it would probably require a complete overhaul so it is mostly understandable that they didn’t completely reinvent the whole thing. 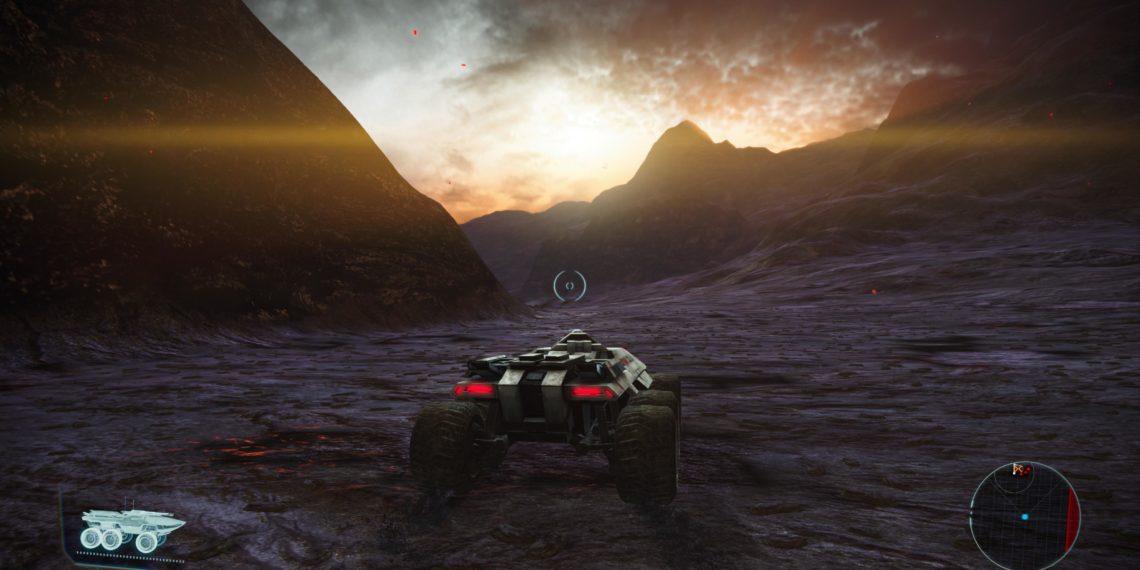 Some Things Need Fixing More Than Others

It’s also been said that the Mako – the vehicle you drive when exploring planets – has been fixed, but my experience is that driving the Mako was awful in 2007 and it’s still awful in 2021. I didn’t miss it at all and these sections are easily the least interesting and rewarding in the entire series.

Visually, the game looks much better, but still not great coming so late in the last generation and even now in the current one. All the the basic human NPCs, of which there are many, look awful. Animations are stiff, eyes are in an almost perpetual state of shock – wide-eyed and unblinking – that was acceptable two generations ago, but now are extremely distracting. No one will mistake this game for current gen. That’s for sure.

Still, quirks and age aside, the Mass Effect Legendary edition is a really good packaging of a fantastic trilogy of games. They’re not without flaws but the highs vastly outweigh the lows. This is great for fans of the games when they originally released and they’re be great for new players who genuinely love good storytelling and characters in video games. To me there aren’t really that many given how many games try, and that alone makes this package special and worth owning. And even if BioWare never reaches these heights again, that should be okay because what heights they are.

For funsies I am rating each game here and giving an overall rating below.