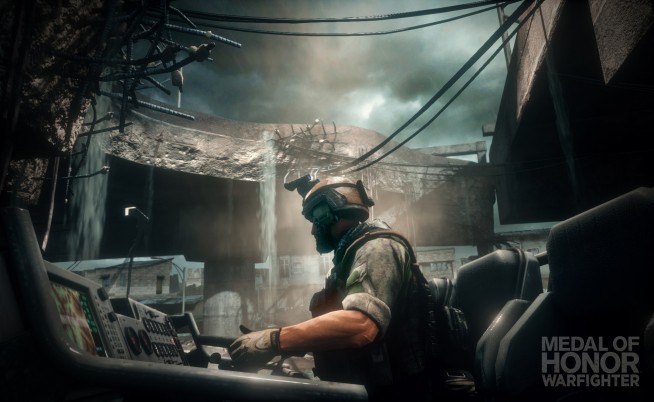 Hot on the heels of the explosive Medal of Honor: Warfighter gameplay trailer, Danger Close Executive Producer Greg Goodrich speaks  about their upcoming shooter, revealing what players can expect from the highly anticipated multiplayer.

It’s quite clear that Danger Close really wants to push the idea of player identity in multiplayer this time around. Googrich reiterates to GT.TV, “we want to take a page out of the FIFA playbook. We wanted to give gamers a sense of national pride. Play for the home team. Wave that flag, you know. Get on the gun, get on the Battlefield and determine who’s the best.”

Going into how Warfighter’s multiplayer will feel different than 2010’s Medal of Honor, Goodrich explains, “clearly, the sense of scale. The sense of, I think, personality, character. You know, we put a lot into that game in the sense of introducing our audience to the operator – the Tier 1 operator – and who these guys are and the type of mission sets they’re going on. We’re going to go deeper in that direction and show how these forces work alongside each other. Certainly, the multinational angle, you know. We’ve talked about these 12 Tier 1 units from 10 different nations that are in multiplayer…”

Read here to find out which Tier 1 operator units you’ll be able to play as in Warfighter’s multiplayer.

When asked about the technology behind Warfighter, Goodrich reveals, “we’re showing it on PC. Everyone knows Frostbite 2. It absolutely sings on PC, but Medal of Honor has always been, historically, a console-focused product. We’re spending a lot of time on console. So expect, absolutely, as on par with Battlefield 3 and we’re going to try to push this as much as we can. But, what you’re seeing right now [in the gameplay trailer] is 60 frames per second running on PC.”

Goodrich wasn’t able to confirm if Medal of Honor: Warfighter would be running at 60 FPS on consoles as well. Historically, the Frostbite engine has often, if not always, ran at 30 FPS on consoles.

Do you think Danger Close has what it takes to push the Frostbite 2 engine above and beyond Battlefield 3? Leave your thought in the comments below!