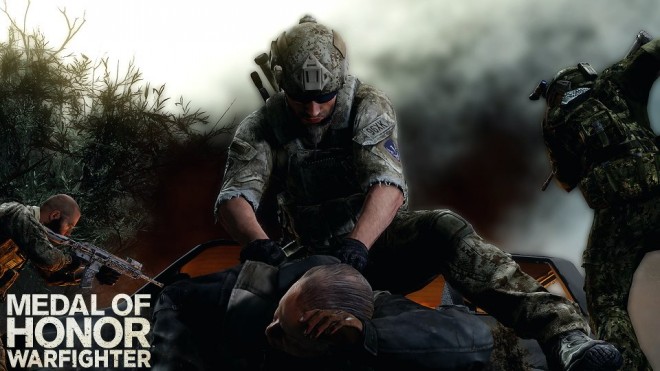 President of the EA Labels Frank Gibeau reflects on the success of 2010’s reboot of the Medal of Honor franchise and reveals what’s in store moving forward. He also touches on how things will be different this time around with the release of Medal of Honor: Warfighter this fall.

The term ‘authenticity’ seems to have been on the mind of many at EA and Danger Close studios going into the development of Medal of Honor: Warfighter. Check out the latest trailer to see for yourself. In fact, judging by Gibeau’s comments during a recent Electronic Arts earnings call, it could be considered one of the staple features that would hopefully earn this franchise’s reboot a rightful spot in today’s shooter market: “…with regards to Medal of Honor, we brought the brand back a couple of years ago in 2010 with the goal of building a sustainable long-term franchise that was positioned around the authentic experience of being in combat. And we were very proud of the first product.”

Though their first attempt was a success to some degree, even Gibeau admits that there was room for improvement: “It definitely delivered on a lot of fronts. In a couple of fronts, it didn’t. We weren’t as pleased with the quality as we had hoped to be. And our goal with this version was to change things up a bit. We changed the tech base from the Unreal Engine to the Frostbite engine. We added some resources from our DICE Studio in Stockholm. And we’ve tried some very innovative things this time around with multiplayer and some other things.”

So far, the multiplayer is shaping up quite nicely, as demonstrated through some recent gameplay footage and through the latest multiplayer trailer.

As we look forward to Warfighter this October 23 on the Xbox 360, PS3 and PC, Gibeau ensures that we can expect more Medal of Honor in the future: “So we’re tracking to grow the franchise from the prior version, the 2010 version. And our goal is to continue to have Medal of Honor as part of our portfolio going forward.”

Do you think the Medal of Honor franchise can earn its place among the big boys like Battlefield and Call of Duty? Has it already? Let us know in the comments below!