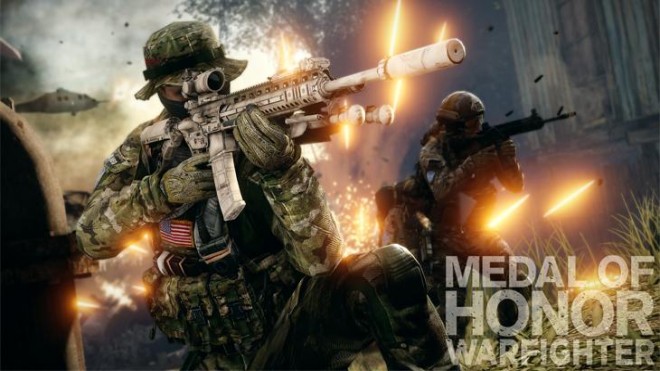 EA has followed up on earlier statements regarding the Medal of Honor franchise being pulled from the company’s yearly rotation of shooters, saying it wil return once they “get the leadership aligned.”

Speaking to RPS during the recent DICE conferences, EA chief creative director Rich Hilleman admits, “We don’t think its a genre problem. It’s an execution problem.” He added, “We don’t think Medal of Honor’s performance speaks to any particular bias in that space against modern settings or World War II or any of that. It’s much more that we had some things we should’ve done better.”

What we think right now is that, for the next couple years, we can just have one great thing in that space. So we’re choosing for it to be Battlefield.”

Hilleman also explained how EA plans to be more careful with IP’s like Medal of Honor and that caution must be taken in order to not “kill those products by trying to do them when we can’t do them well.”

He elaborated, saying “I think a key part of this is having the right amount of high-quality production talent, and we didn’t have the quality of leadership we needed to make [Medal of Honor] great. We just have to get the leadership aligned. We’re blessed to have more titles than we can do well today. That’s a good problem, frankly. In the long term, we have to make sure we don’t kill those products by trying to do them when we can’t do them well.”

According to Hilleman, Medal of Honor will return, but it just needs someone to properly helm the project.

Looks like its not all doom and gloom for the series after all. Are you happy to know Medal of Honor isn’t gone for good?