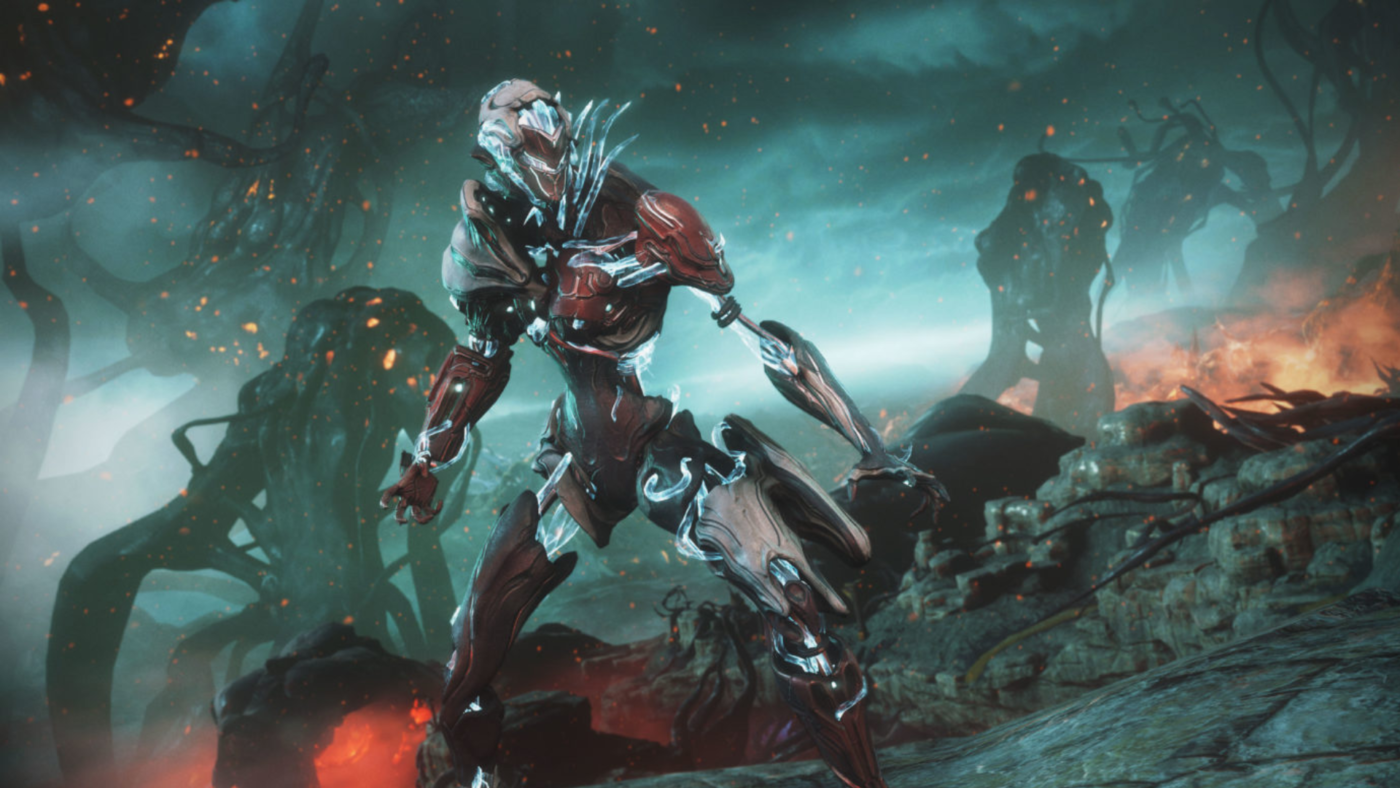 The newest Warframe has been announced! Meet Xaku, the community created broken Warframe all about that good ole void energy. Making its debut during this year’s Tennocon, here’s a breakdown of Xaku abilities and ultimate.

Inspired by the fallen Warframes of the Void, Xaku is a void focus frame, designed from the culmination of ideas of the community as part of the create your own Warframe event. Xaku has quite a bit of abilties, which you can read up down below.

Vast Untime – As described by Digital Extreme’s Community Director Rebecca Ford, Vast Untime is a radio self-destruct ultimate that puts Xaku in a skeleton state. Players can freely run around and play as they normally would, and upon self-destructing any stratanel of your body will take damage, be weak to void damage, and be slowed. While in the form you have a 75% damage reduction, and you move faster.

For those interested in seeing the new frame in action you can watch nearly 9-minutes of gameplay down below.

Xaku will be launching on August 25 with the Heart of Deimos expansion. So what do you guys think of Xaku abilities and ultimate? Let us know in the comments below! Oh, and don’t forget to visit our Tennocon 2020 hub page!

Fall Guys Devs Explain PS+ Debut, Has Insanely Hard Trophy They Don’t Expect Anyone to Get