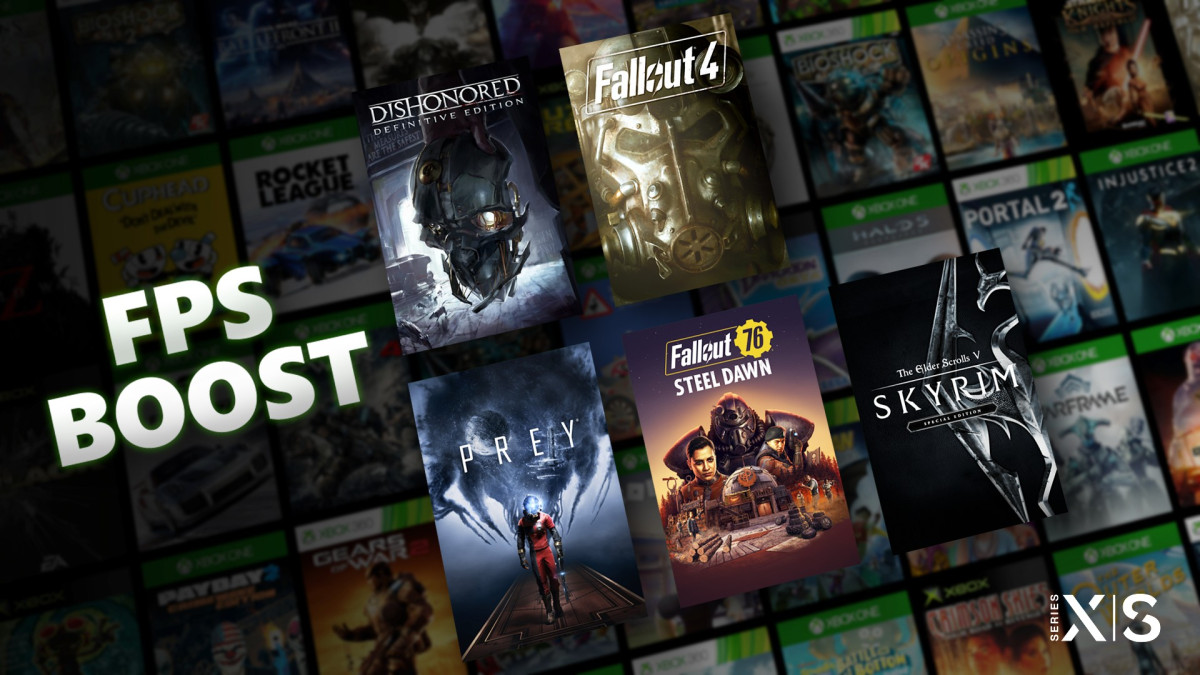 Looks like Microsoft’s acquisition of Bethesda is starting to be incorporated full steam into its services for Xbox users and subscribers, as the company has announced that they are giving five Bethesda titles on Xbox Series X and Game Pass the FPS Boost Treatment — meaning they get an increase from 30 fps to about 60 fps when enabled!

Here’s the details straight from Xbox.com.

Hot on the heels of officially welcoming Bethesda’s world-renowned studios to the Xbox family, we’re excited to announce that five of the biggest titles from their vast catalog of games – Dishonored: Definitive Edition, The Elder Scrolls V: Skyrim Special Edition, Fallout 4, Fallout 76, and Prey – will all be updated today to enable FPS Boost on Xbox Series X and Xbox Series S. And it’s not just owners of these titles that get to take advantage of FPS Boost; all these titles are available with FPS Boost for Xbox Game Pass members too.

As a reminder, FPS Boost employs a variety of new methods for nearly doubling the original framerate on select titles. Higher, steadier framerates make games visually smoother, resulting in more immersive gameplay. We partnered closely with developers to enhance the experience while maintaining the game’s original intent. And while not applicable to all games, these new techniques can push game engines to render more quickly for a buttery smooth experience beyond what the original game might have delivered due to the capabilities of the hardware at the time.

In related news, Phil Spencer heavily implied that Bethesda Games will only be available on platforms with Xbox Game Pass.

Xbox Store Sale March 15 Now Live, Here Are the Deals With Gold for the Week