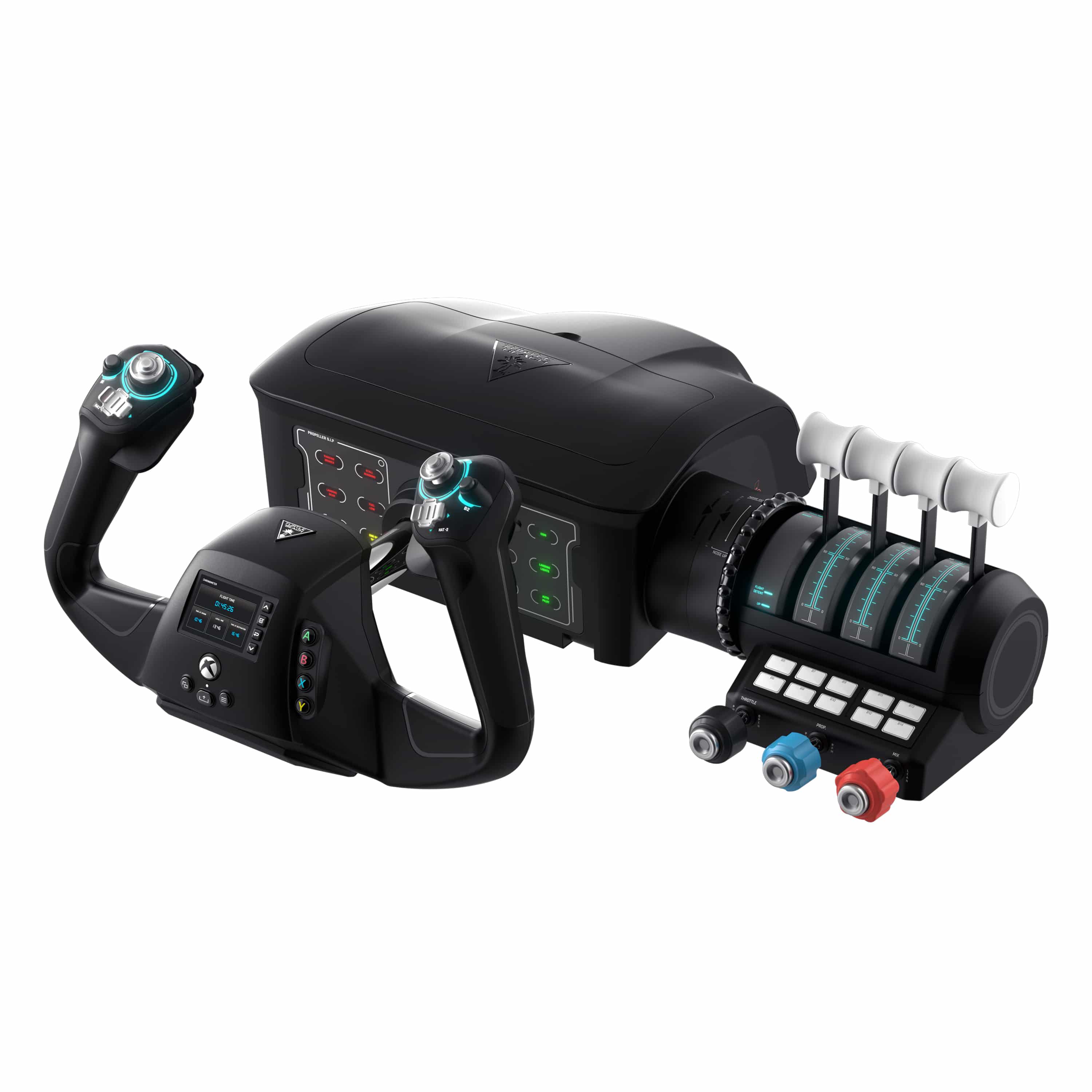 Yesterday, we got the long -waited news that Microsoft Flight Simulator would finally be releasing for Xbox consoles this July. While that certainly got many flight sim fans excited, it seems that the company wasn’t done with the surprises, as it has also been announced that they have teamed up with Turtle Beach in order to give players a whole new way to play. Yep, that’s right, Turtle Beach is releasing a full sim system specifically built for Microsoft Flight Simulator. Introducing the VelocityOne Flight Simulation Control System.

“Microsoft’s Flight Sim 2020 astonished gamers and flight sim fans alike with its stunning visual quality when it debuted on PC last year, and with the game coming to Xbox Series X|S this summer we believe it will fuel a wider audience of gamers to explore flight simulation. As a pilot and flight sim enthusiast myself, after seeing the incredible visual realism of the game early last year and being very familiar with the existing hardware in the market, I knew we could design a better, more integrated and modern flight control product that flight sim enthusiasts would want. We hired a team with deep experience in flight sim hardware and developed a fully integrated system that works with Xbox and PC and provides everything a new flierneeds, along with the capability and features that hardcore flight simmers want. For the great price of $349.95, there’s nothing else like it.”

The suggested retail price is $349.95 with the release scheduled for this Summer to coincide with the launch of Microsoft Flight Simulator on Xbox. It will only work on Xbox consoles, meaning Xbox One and Xbox Series X|S.