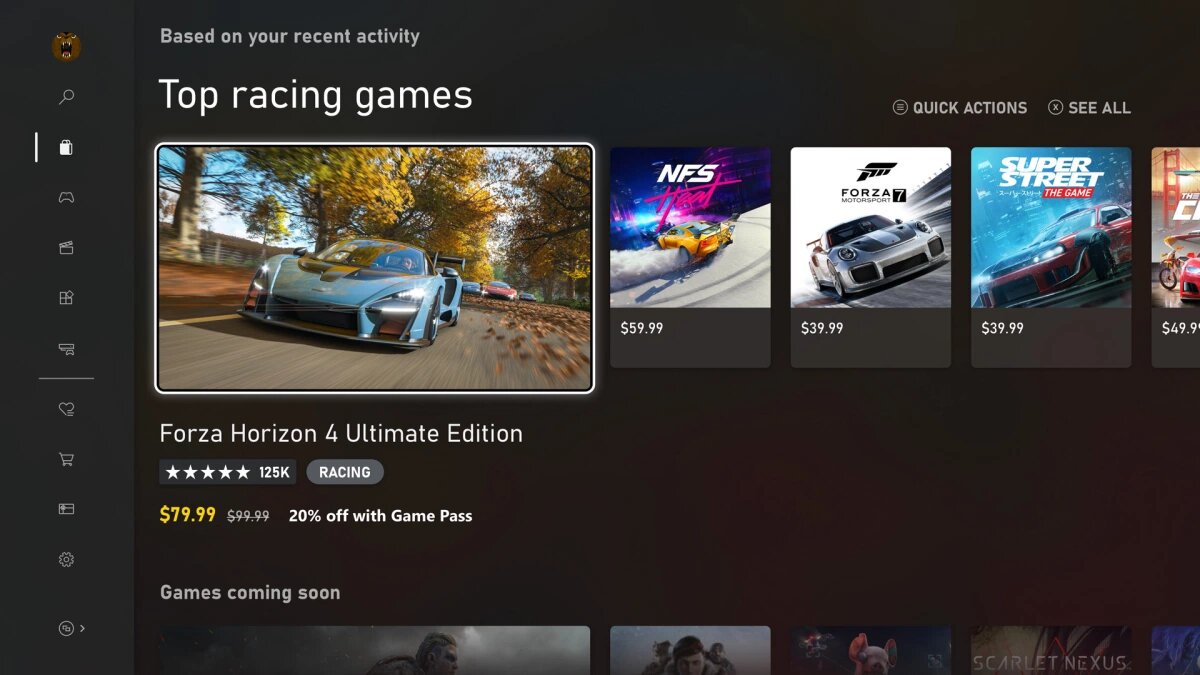 Microsoft showed off the first look at the new dashboard designs that will be pushed out to all Xbox mobile apps, Gamepass for PC and the Xbox family of consoles.  The design which Microsoft is calling “The New Xbox Experience” brings a slick new look across all Xbox platforms, new features, plus faster load times. The main aspect Microsoft is touting is how user friendly the new design is for the dashboard. Text is more readable, elements on screen are easier to understand at a glance, and accomplishing your tasks is faster than ever.

The Series X only features come with the Xbox Velocity Architecture which allows everything on the Series X to launch much faster. The Home screen will load more than 50 percent faster when you boot your Xbox, and is almost 30 percent faster to load when you’re returning from a game. The Xbox store also has a new look that speeds everything up, all while making things quicker and easier to find. The mobile app also has a much nicer look to it that brings it in line with both the console and PC looks, allowing players to continue conversations, achievement tracking and even launch Xbox parties right from the app.

Xbox says that Insider program members can expect to see these updates roll out in the next few weeks, while around November everyone else will see the updates come to all platforms to coincide with the Series X launch. Gamers can expect any feedback that they give towards the new look will be put towards continuing to update the look and features of the Xbox experience.

While we still don’t know about the exact launch date of the Xbox Series X, we are expecting a November launch according what Microsoft has revealed recently.