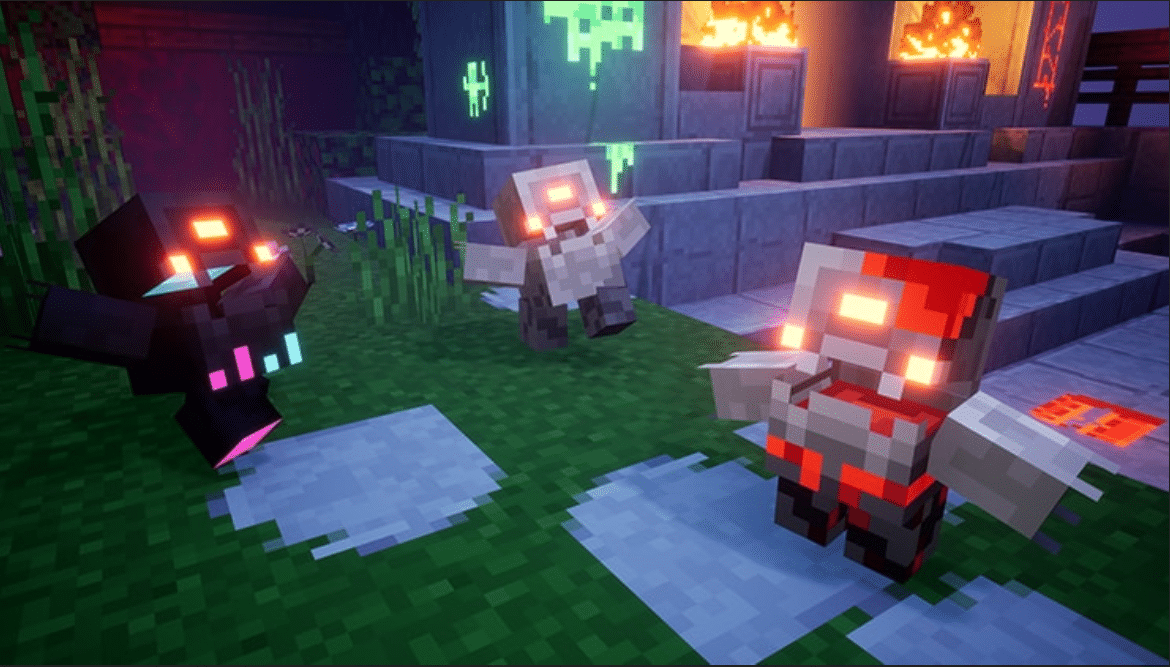 Become the avatar once more and take on new challenges in Luminous Night – Minecraft Dungeons’ second seasonal adventure. Explore the Tower by night, with fresh floors that feature mysterious murals, perplexing puzzles, and a fiery foe that may prove too hot to handle for even the most seasoned adventurers. Earn new, radiant rewards that will light up your surroundings with bioluminescent delight, from thematic skins and emotes to dreadfully adorable Ministrosity and Abomination pets. Up your game with additional quality-of-life features such as the storage chest and improved user interface. Luminous Night is here – what will you discover before daybreak?

Check out the latest Developer Diary for a run through on some of the new features! The Seasonal Adventures FAQ is also a great resource to learn even more about seasons in Minecraft Dungeons.

This update also brings many bug fixes to the game. Please search for any bugs you find on bugs.mojang.com and let us know what you think at feedback.minecraft.net. We appreciate your continued support in reporting issues! If you’re looking to join a community of like-minded players, hit up the official Minecraft Dungeons Discord server at discord.gg/MinecraftDungeons.

Explore the Tower as you’ve never seen it before, with floors that feature new biomes, perplexing puzzles, and the Wildfire – an old fan favorite that is making a triumphant return to the Minecraft universe.

Luminous Night features plenty of radiant rewards that will light up your surroundings with bioluminescent delight! These include the dreadfully adorable Ministrosity and Abomination pets, but also plenty of shiny emotes, skins, capes, and flairs.

The following are issues that the development team is aware of and will be working to resolve in upcoming updates:

That’s it for this latest patch for Minecraft Dungeons. Stay tuned here at MP1st for future updates!