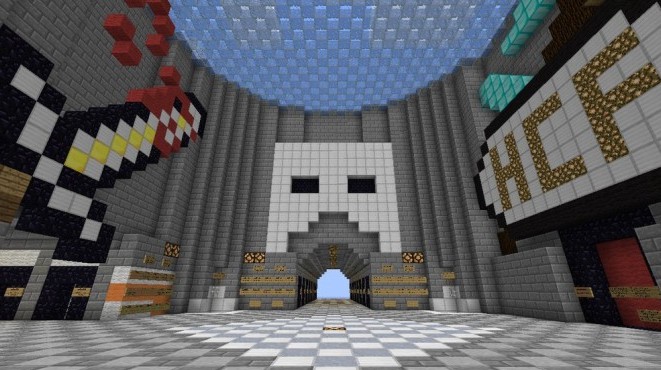 Reddit users and Minecraft builders HighlifeTTU and lazertester have managed to create an in-game, central lobby that connects multiple Minecraft servers at once, opening the doors to a number of possibilities, including the opportunity for a Minecraft MMO.

Fully equipped with a lobby, a swimming lounge and even a dance floor, HighlifeTTU and lazertester have created an in-game space where Minecraft players can chill, hang out, and find games with others. This rather impressive lobby can, allegedly, connect to “any number of servers” and support “pretty much any number of players.” Players can choose amongst a number of portals that will move them to a server of their choosing. An in-game message board has even been built-in to display available servers and the number of players who’ve joined each. Right-clicking on these these messages, or signs, will also transport you to that server immediately. Players can easily return to this lobby while in a server as well. 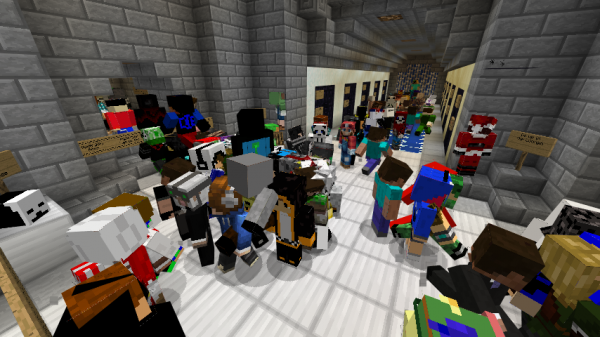 A bunch of Minecraft players. Just hanging out.

This, obviously, provides a much more pleasing, fun, and social way to find Minecraft servers, rather than having to sort through numerous lists. The scale of connectivity these two have managed to create also allows for some pretty nifty MMO-like possibilities.

You can find out more about HighlifeTTU and lazertester’s creation right here, and also ask them your questions on this Reddit thread.