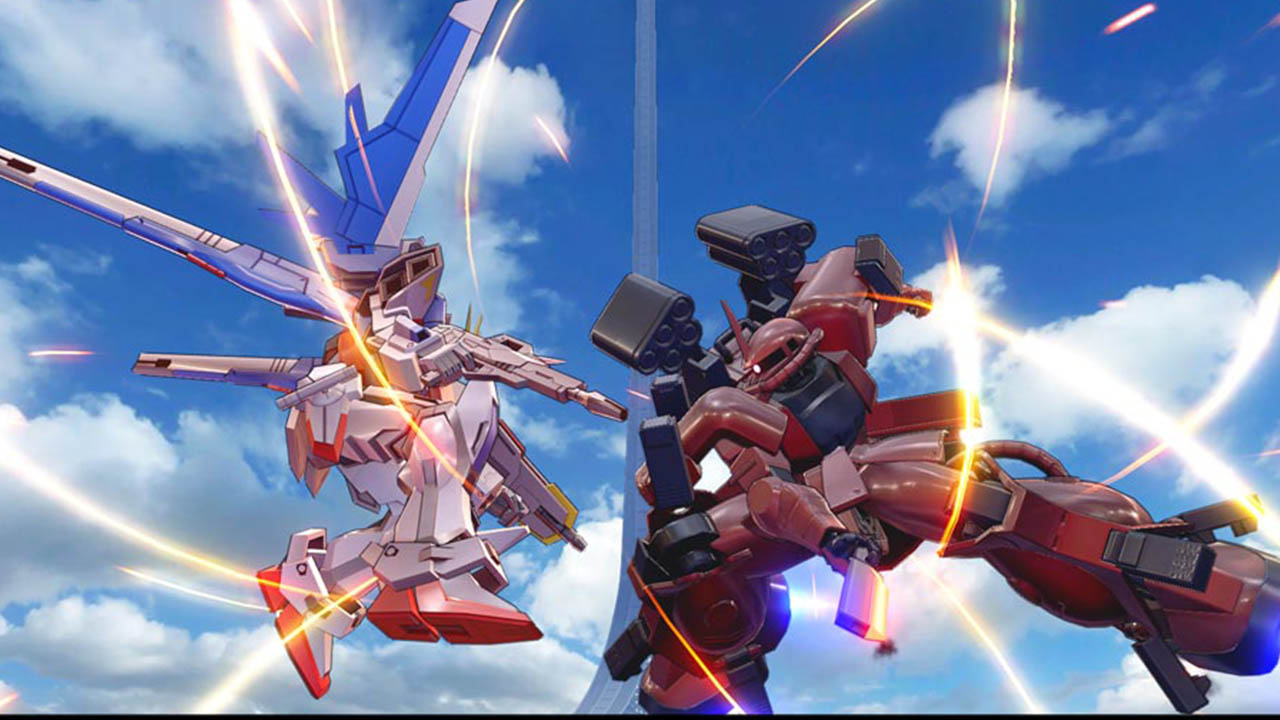 Mobile Suit Gundam Extreme Vs. Maxi Boost On roster is about to get bigger as Bandai Namco has revealed that new suits will be arriving with the PlayStation 4 release.

In a press release by Bandai, the first new suit to join Maxi Boost On roster will be the Zaku Amazing. Here are some details on the suit for those who aren’t familiar with it.

Originally crafted by the “Crimson Comet” himself, Seiho Academy student council president Tatsuya Yuuki, ZAKU AMAZING comes with powerful armaments including rocket launchers, a pair of handguns, shoulder shields, two Heat Nata blades and a long rifle—oh, AND a giant bazooka! Skilled Mobile Suit Gundam pilots can utilize ZAKU AMAZING in battle or foolishly face off against the mecha in 2-on-2 PVP combat.

As for the other two Mobile Suits, the company stated that those will be revealed at a much later date.

And in case you didn’t hear, the Taipei Game Show 2020 has been postponed due to the Coronavirus. Mobile Suit Gundam Extreme Vs. Maxi Boost On was originally going to be shown off there, but due to the delay Bandai has gone ahead and released an informational video that gives fans an in-depth look at what the game is about. We definitely suggest as watch if you are new to the series.

Set in the globally iconic GUNDAM universe, MOBILE SUIT GUNDAM EXTREME VS. MAXIBOOST ON allows players to take 2-on-2 PVP combat to the next level with Mobile Suits spanning the entire breadth of the franchise’s history. In total, MOBILE SUIT GUNDAM EXTREME VS. MAXIBOOST ON features 183 playable units from 36 different GUNDAM iterations, each with unique abilities designed to match any fan’s personal playstyle. Players can choose between three different EX Burst Systems—Fighting Burst, Extend Burst and Shooting Burst—to coordinate with allies and lay waste to all that stand—or fly—in their way!

No firm release has been revealed other than a 2020 launch. It will be released as a console exclusive for the PlayStation 4 and is currently available in Japan on Arcade systems.

Call of Duty Warzone All but Confirmed via Menu Glitch, Full Map Revealed