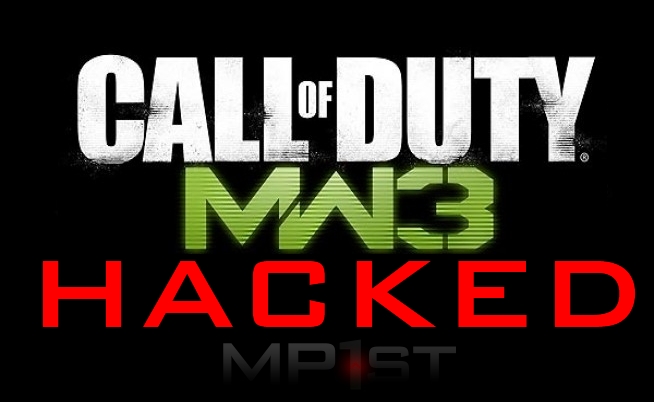 With just a little over 3 weeks since its release, hacked lobbies have “Infected” Modern Warfare 3 similar to the ones MW2 had.

I will not get into the history of hacks in past Call of Duty titles as that would warrant its own feature, so I will keep this simple. There are two types of infected lobbies in Modern Warfare 3, Slow Motion and Super Speed. Keep in mind that there is a private game mode called “Infection”, but that mode is completely different than the aforementioned hacked lobbies and not accessible in online matchmaking. I’ve been hearing some mumbling over these infected lobbies, but I couldn’t write about this problem until I experienced it firsthand. I ran into 5 infected lobbies last night; they were all “slow-mo” infected, so basically time is slowed down to be about 3 real-time seconds for 1 in-game second (similar to right before a M.O.A.B. goes off or the final second of the game winning killcam). Everything you do is in slow motion expect for when you turn around.

How Can I Get Infected?

If you get into an infected lobby, then your game is carrying the infection after you leave. After being infected, the only way to get others infected is to host a game in matchmaking or private matches. This is good because once you run into a hacked lobby, all you have to do is to back out of the lobby and find another clean game. However, if you end up being the host of the “clean” lobby, then the infection you’ve carried will turn the lobby to a hacked one. In the process, you’d be infecting everyone in that lobby.

Will I Be Infected Until Infinity Ward Fixes the Game?

No, all you have to do once you know that you’re carrying the infection is to dashboard or restart your 360, so when you play Modern Warfare 3 next time, your game will be clean once again until you get infected again.

How can I get Infected whenever I want?

There is an easy way to do it whenever you like, but we at MP1st are trying to get Infinity Ward’s attention by reporting on this phenomena, not ruining the game for everyone, specially that you can’t pick whether you want to play the game in infected mode or regular. If you really like this hack, then consider playing it with your friends in private lobbies. So, voice your opinions in the comments’ section, not instructions on how to tamper with the game. These kinds of hacks are hated by the majority of the community, and we will not tolerate anyone spreading this problem.

What Platforms Are Affected?

I own MW3 on the 360, so my personal experience with hacked lobbies was on that platform. Fortunately, for PS3 and PC players, I have yet to find one person on the official forums or elsewhere that would confirm running into hacked lobbies. So, cross your fingers for now, but I hope when Infinity Ward/Sledgehammer Games work on fixing the 360 version, they would have provisions in place for the PS3 and PC versions.