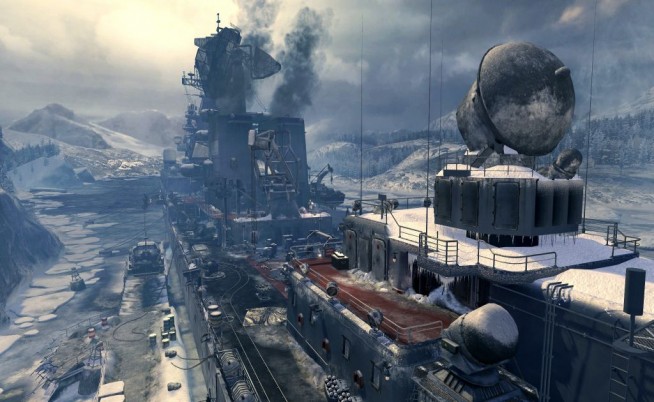 Update: The official MW3 website has released notes for the latest hotfix:

Original Story: Tonight, Modern Warfare 3 players can look forward to number of hot fixes that are set to resolve some current issues. We also have new details regarding upcoming MW3 patches.

The upcoming patches (not releasing tonight, but later) should be taking a look at a number of broader and more important issues with their priority being lag compensation and matchmaking fixes.

Lag compensation seems to be a troublesome issue for the team behind MW3. Ruben explains in a lengthy set of tweets:

A big part of it was narrowing down on the issue. We thought at first that it was a matchmaking issue. Which now that we have found an issue in the Hilbert curves that determine regional distance we realize it is part of the problem. Also the player visualization interpolation is not some single line of code somewhere with an on/off switch. It changed slowly over the two years it took to make MW3 and so unraveling that has been difficult. Our first attempts at fixing the issue did fix it, but only for some regions. It’s something that we’ve been looking at for the entire amount of time the game has been out. I have no idea why you got banned from the forums. I wasn’t involved with them at the time. but I have been completely dedicated to MW3 for the last month or so and am pushing very hard to make some changes.

Users experiencing problems with clan emblems can also look forward to a fix soon. According to Beachhead Studio, “you will get all the emblems your Clan Level is eligible for when we release our next update that’s tracking for this week.”

As for Xbox 360 users who’ve been experiencing issues with the latest Spec Ops mission, Arctic Recon, “for that bug the fix is done just in Test/Cert. MS is going to rush the patch for us so hoping by the end of the week,” explained Rubin.

Stay tuned to MP1st for more on MW3 updates!