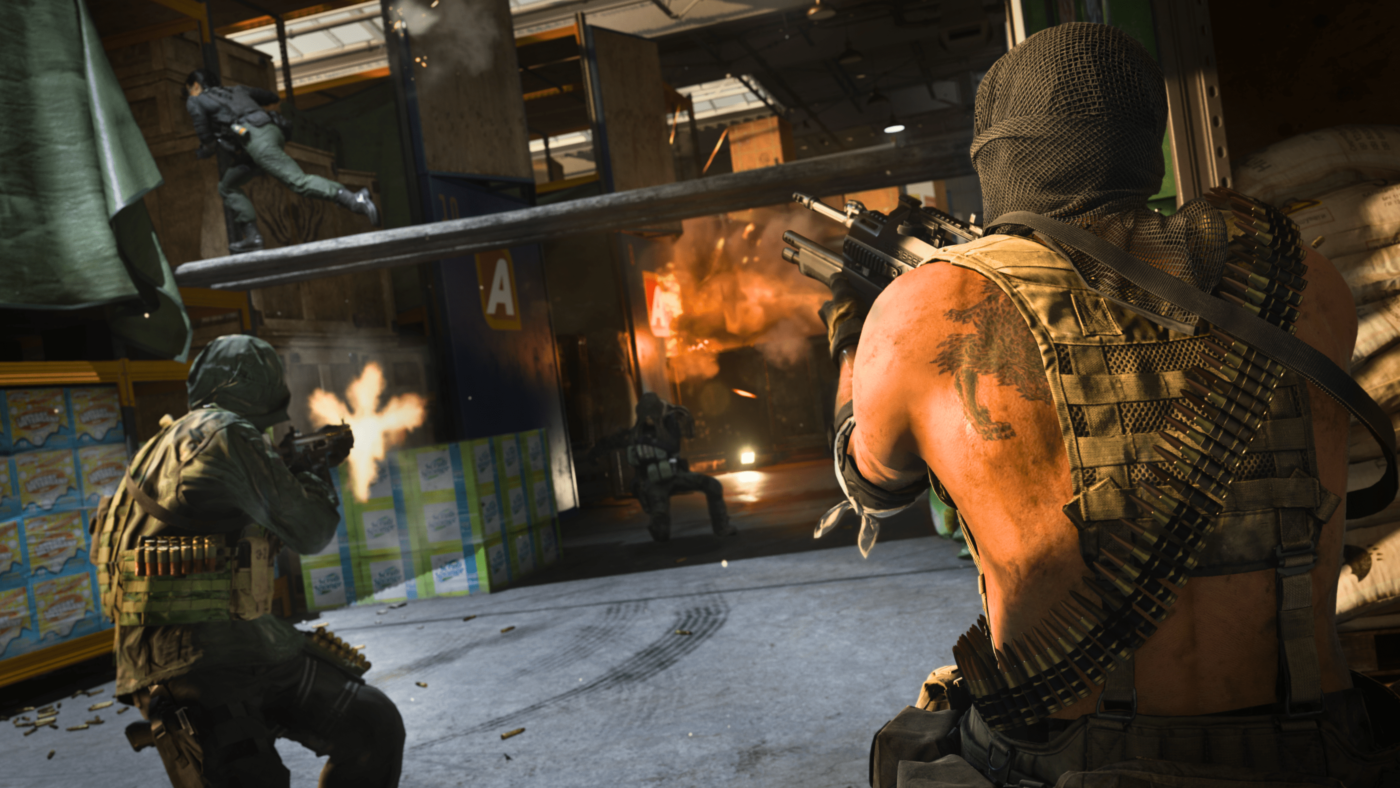 Starting April 3 at 10 a.m. PT, and running until April 6, those who have already downloaded Call of Duty: Warzone can jump into Modern Warfare multiplayer for free! Would-be players can check out the multiplayer lobby and join the “Stocked Up, Locked Down” 24/7 playlist, which features a moshpit of modes (Team Deathmatch, Domination, Hardpoint, and more) in Atlas Superstore and Shoot House.

Aside from that, Activision has also given a set of tips to newcomers.

Team Deathmatch: Straightforward, but deadly. Teams of six go toe-to-toe to collect the most kills. The manner of death doesn’t matter, so shoot, launch, and toss grenades to your hearts’ content. The first team to reach 70 kills takes the victory!

Domination: Three flags are set on the map, each in a static location. Players compete to “capture” each flag for their team by occupying the flag zone for 10 seconds. Flags can be highly contested and captured often, especially on smaller maps. Always check your six.

Hardpoint: Like Domination, players must “capture” a location. However, instead of a flag, the objective is a rotating map zone, or ‘hardpoint,’ that moves to a different area every 45 seconds. Hold down the hardpoint and get a point for every second your team occupies it. If members of both teams are in the hardpoint, the zone becomes contested and no one scores. First team to 250 points wins.

Headquarters: Similar to Hardpoint, teams rush to “capture” a rotating objective – the headquarters. Capture and hold the headquarters to earn points for your team. The team the holds the HQ doesn’t respawn. The first team to 200 points wins.

PLUS: This weekend is the perfect opportunity to experiment with Killstreaks, perks, and Field Upgrades at a deeper level. Get to know these loadout components as you deploy them in Multiplayer, and you’ll soon handle them with ease in Warzone. Use this weekend to become a Cluster Strike master, an ‘Overkill’ perk powerhouse, or a badass boss with a ‘Deployable Barrier.’

Xbox Boss Phil Spencer: “The Roadmap Has Never Been Stronger” for Xbox One Games