For those unaware, Flotation Oxidation is a playlist which houses Rust and Shipment maps, along with moshpit modes (different mix of modes that rotate at random). Personally, I call these maps and modes “chaos,” given how chaotic and random everything is given the small maps and spawns. 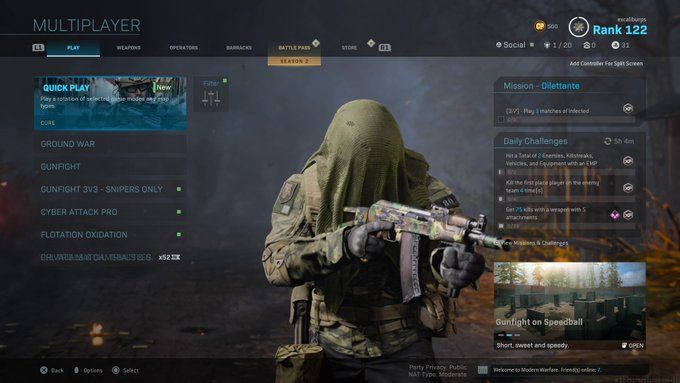 Aside from that, there’s no news from Infinity Ward yet whether this playlist update includes gameplay-related changes or bug fixes as some server-side updates did previously. Once we get wind of anything about it, we’ll update the post.

In other Call of Duty news, former Sledgehammer Games (Call of Duty: WWII) boss Michael Condrey spoke out regarding SBMM (skill based matchmaking) and server issues in Call of Duty games, and says it’s all on Activision.

No Bad Blood Between Microsoft and Platinum Over Scalebound Cancellation, Game Not in Development

Xbox Boss Phil Spencer: “The Roadmap Has Never Been Stronger” for Xbox One Games