Earlier this week/past week, Infinity Ward launched Season 1 of Call of Duty: Modern Warfare. Aside from a patch that fixed some technical issues and other gameplay changes, the update also pushed the Modern Warfare in-game store along with the Season 1 Battle Pass.

While the in-game store refreshes everyday with new items for sale with COD Points (which can be bought with real-world money), it seems some of the items included in the bundles for sale are stuff that players can obtain for free! The Royal Armory bundle, which is on sale for 1,400 COD Points (around $14 in real world money), includes four items, which are: The Aristocrat and Outback weapon blueprints, the Blade of Valor gun charm, and the A Cavalier Attitude sticker. 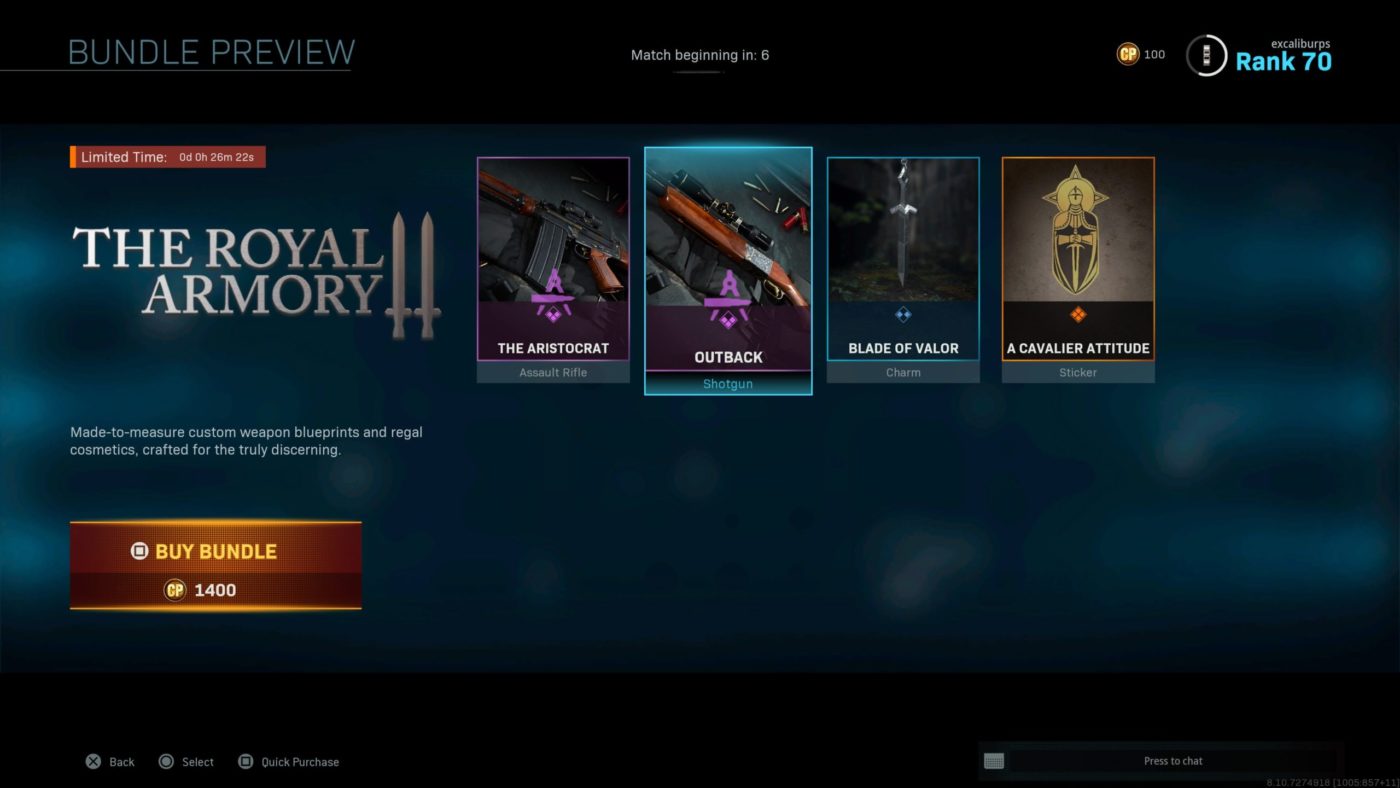 For those tackling in-game challenges (called Missions) from the Barracks, you might have noticed one item included that can be obtained just by completing one of the objectives in the Infiltrator Mission. Here’s an image of it in case you’ve forgotten: 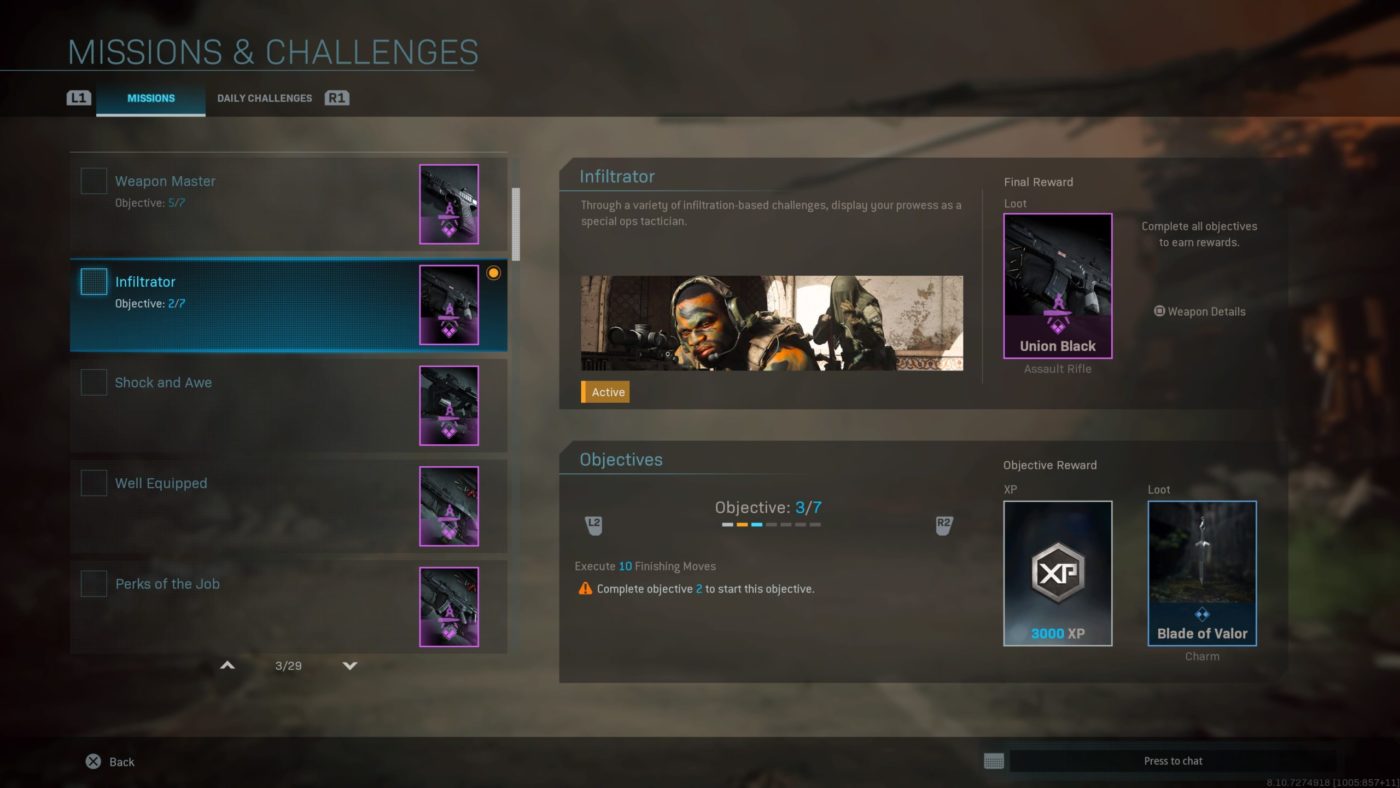 While I laud Infinity Ward for not including Supply Drops in this year’s version of Call of Duty, I’m not sure it’s also OK to charge people $14 for four digital items, with one of them being obtainable for free. That said, if you  really want that gun charm and you don’t feel like completing the objective tied to it to earn it, then maybe this The Royal Armory bundle is worth it for you.

For those playing the game, is this OK for you or should Infinity Ward make the items available for purchase with real-world money more unique than stuff that you can earn by completing in-game challenges? Let us know in the comments below.