With Call of Duty: Modern Warfare now out for more than a month, some players might have an opinion or two about it. If you’re itching to be heard, you might want to check your email inbox, as Activision is sending out a Modern Warfare survey seeking feedback from players via an email.

Check out the image below provided to us by Reddit user JayOutlawz24: 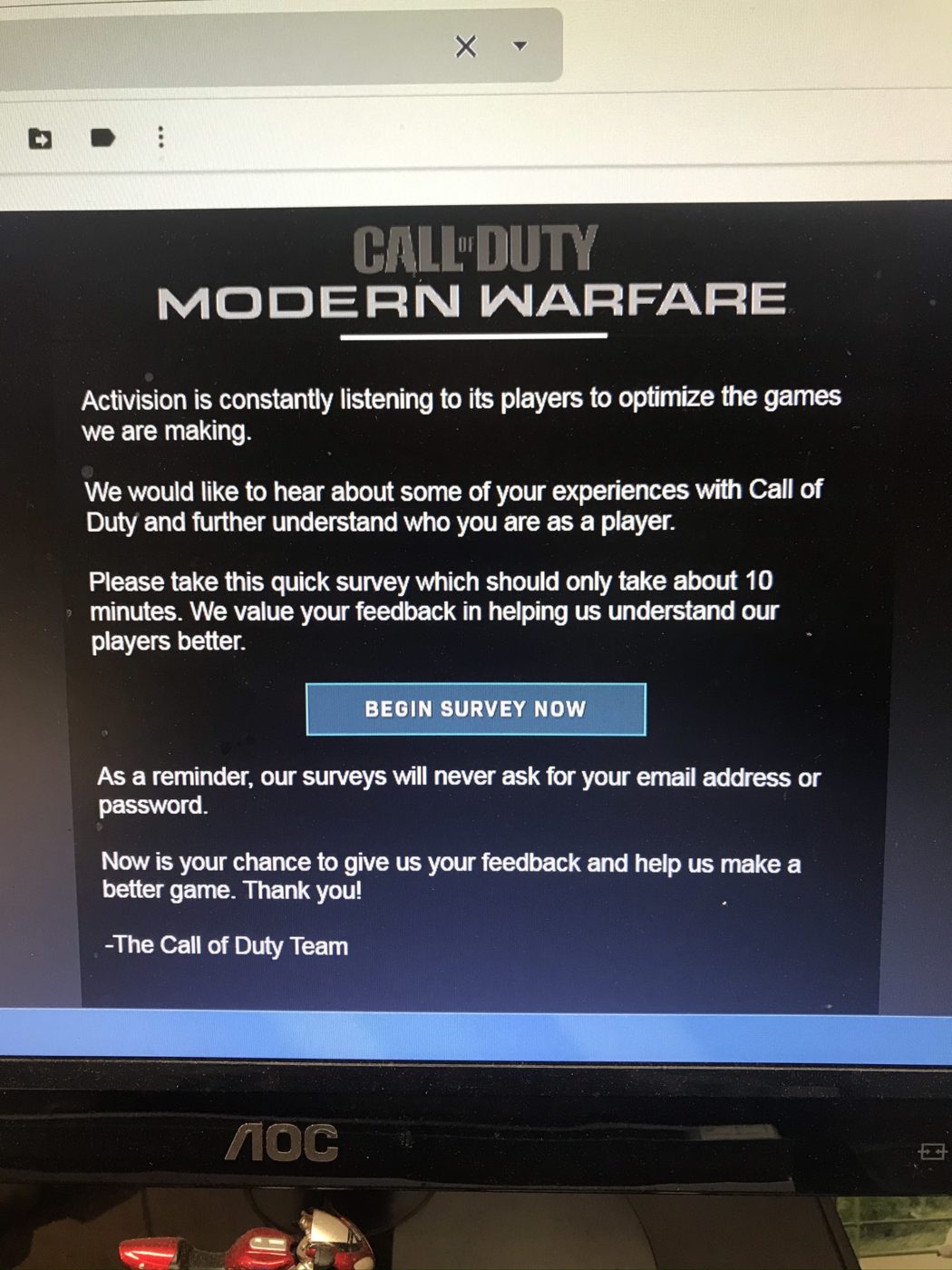 While we can’t provide a link to the survey, some of the questions touch upon weapon balancing, dev feedback, game updates, class loadouts, and lots more.

Players who got the survey had options to choose whether the “disliked” something,” or were “undecided,” and of course, if they liked a particular topic.

As is with most game surveys, we probably won’t see the results of this one. But at the very least, it does give the community an official channel to be heard, which we hope means we’ll see changes to the overal meta of the game (unless you’re OK with it, in which case, carry on).

Have you received a Modern Warfare feedback survey? If so, let us know what you chose as answers to what.

In other Modern Warfare news, don’t forget to check the game out now, as the Shoot House 24/7 playlist has been brought back via  a new server-side update.

Fallout 76 Next Patch Out Next Week, Christmas Event Announced