In case you didn’t know, we posted proof yesterday that Call of Duty: Modern Warfare’s recoil system for guns is a little bit on the “off” side. Well, if you’re wondering just how the Modern Warfare recoil for weapons work when you’re standing, crouched, or prone, here’s the answer.

Reddit user Naughty Maggot did a test of all the automatic weapons in the game, and here are the findings. 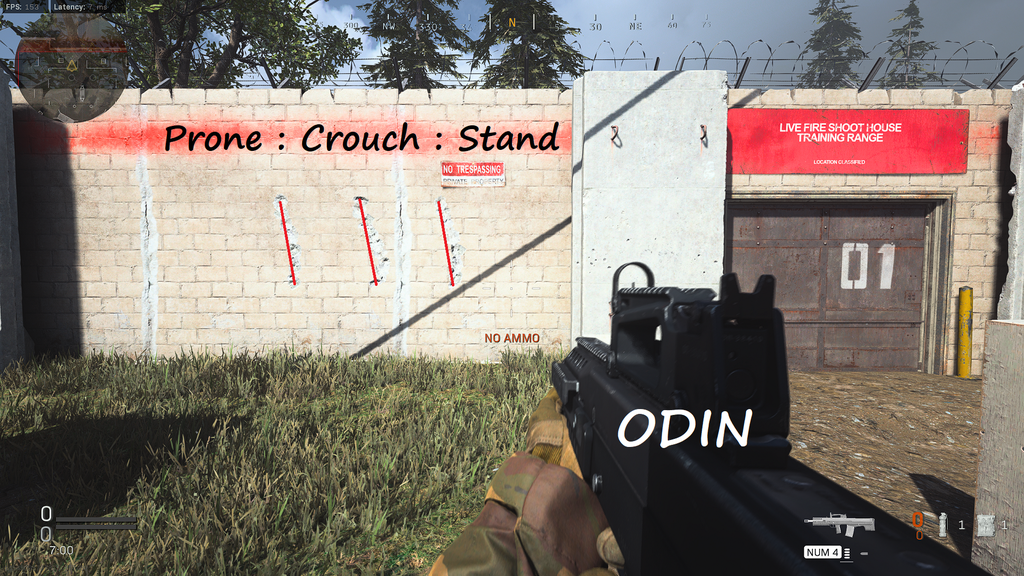 Some guns in Modern Warfare have much worse recoil when Crouching or Proning, I’ve tested every fully automatic weapon in private games multiple times without any attachments and have recorded my findings below. I don’t know if this is deliberate or if the developers have somehow assigned the wrong values to different stances.

This post is based off of a Post by u/ErocYT. Corroborating his findings, I also tested firing whilst proned and can say that I’ve got even more weird data, I’ll display them as ratios where the lowest recoil pattern will be the base at 1 and adjust the other values according to how much more they travel in comparison to the lowest value.

The Odin is a strange one, no matter what stance you’re in the gun has the same recoil, even when Proned the recoil is very strong. The M4A1 has exactly the same recoil pattern whilst Proned or Crouched. The guns that kick more whilst Crouched vs Standing are the Kilo, M13 and AK. Ideally we should see recoil patterns such as 1:3:5 or similar.

Again very strange data, the Uzi, Bizon and MP7 are considerably worse when Proned, ridiculously so in my opinion. The MP5s recoil is identical regardless of stance. The only gun that follows any rational recoil pattern is the P90, the Aug is the same whilst Crouched or Standing but considerably better whilst Proned.

With the LMGs the recoil patters are very similar regardless of stance but there are certain points to make, for instance the RKM is better Stood than Crouched. The SA87 is as good Crouched vs Proned. The M91 and MG34 have extremely similar recoil patters in every stance.

Are these values a bug? Intentional? I can’t say for sure. Hopefully, this helps you understand better whether you need to go prone or not when firing each particular weapon.