While Call of Duty: Modern Warfare has been out for quite some time now, Infinity Ward has been adding guns to the game throughout its life span. Given how assault rifles are by far the most popular gun in the game, some might be curious how the Modern Warfare recoil patterns work for the assault rifles, and we’re here to help.

Thanks to Reddit user NotMegatron, here’s a quick but detailed view of how each recoil pattern is for the assault rifles released for the game so far. Note that these recoil patterns are presented via their base values (meaning no attachments at all). 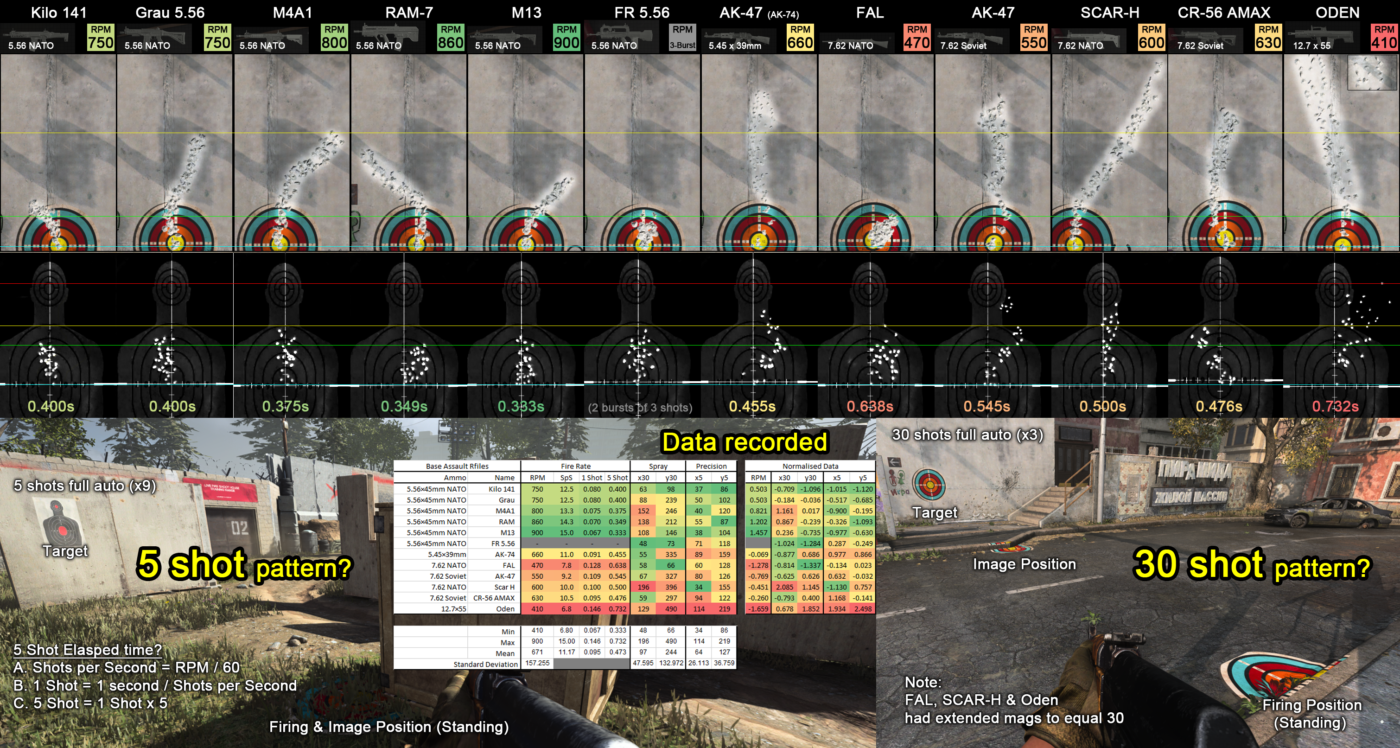 As you can see from the spray pattern, some guns are a lot harder to control. Having said that, the attachments to control recoil do help a lot, and as such, doesn’t mean that the gun with the worst recoil is the “worst” one.

For those looking to complete the gun reticles, we’ve also posted a guide about that which even includes pictures of each reticle type.

BGO Lets You Play Online with Your Friends