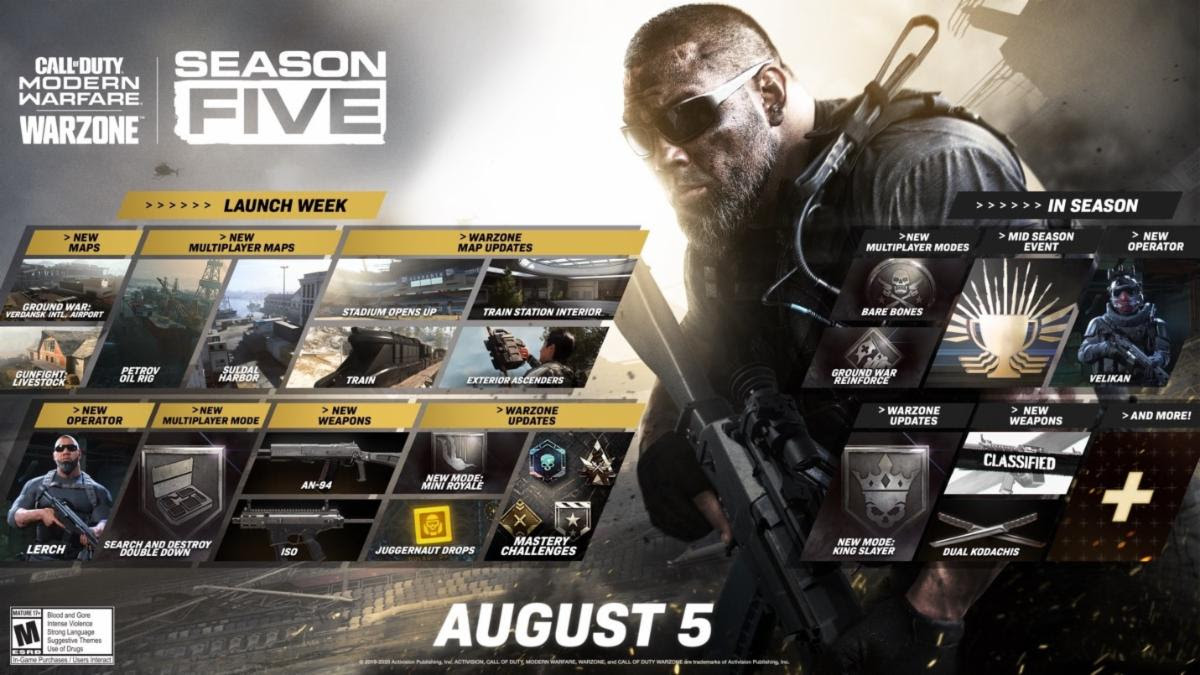 It’s almost here, soldiers! The Call of Duty: Modern Warfare and Warzone Season 5 launch is tomorrow, and while we don’t have specific patch notes yet, Infinity Ward has revealed the full Modern Warfare Season 5 roadmap!

Expect Verdansk to undergo a huge shift when it comes to the terrain, new weapons to be introduced, new multiplayer maps and more! Here’s the breakdown from Activision straight from the press release: