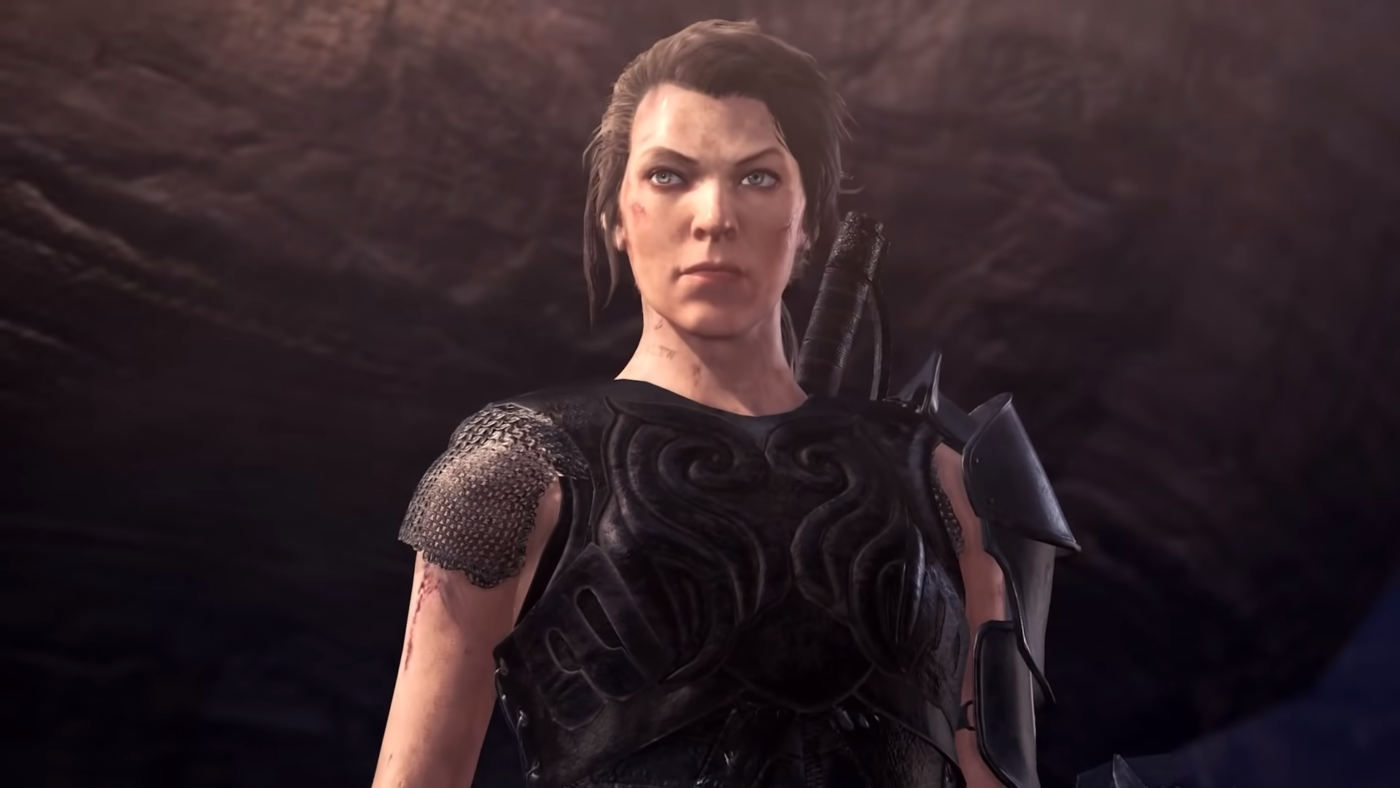 Big controversy in brewing the world of Capcom’s Monster Hunter franchise, as Monster Hunter World is receiving a lot of Review Bombs in China thanks to a very controversial joke that appeared in the new Monster Hunter movie directed by Paul W.S. Anderson and starring his wife — Resident Evil films star Milla Jovovich.

Shared by Daniel Ahmed on his Twitter page, the racist sounding joke was featured in a scene between two soldiers — where one asked “What are my knees? What kind of knees are these? Chi-knees.”

As Deadline reports, the Monster Hunter movie has been pulled from Chinese cinemas because of the tasteless attempt at a joke —  and an attempt is now being made to remedy the situation and edit out the scene altogether. Capcom has also released a statement trying to distance themselves from the film, which Ahmad also shared on Twitter.

Capcom has issued a statement on social media due to the backlash, stating that it is aware of the situation and the controversy. That it is not the producer on the MH movie and that it will report the situation to the relevant film companies to investigate. pic.twitter.com/KxMWP6H69I

Just as the film just opened and is now gone thanks to the controversy, Monster Hunter could be facing a very big loss in the millions on the Chinese box office. The joke has also affected the reputation of the games in the country, as Monster Hunter World has been the subject or review bombs  — negatively impacting the game’s image on Steam and a lot of comments referencing the racist joke from the film. It doesn’t help that Milla Jovovich’s character Captain Natalie Artemis is slated to be a DLC character in Monster Hunter World: Iceborne as a cross promotion for the film’s release.

Read up our other features on the Monster Hunter franchise here on MP1st.

The Monster Hunter film is slated to be released in US Theaters on December 25.