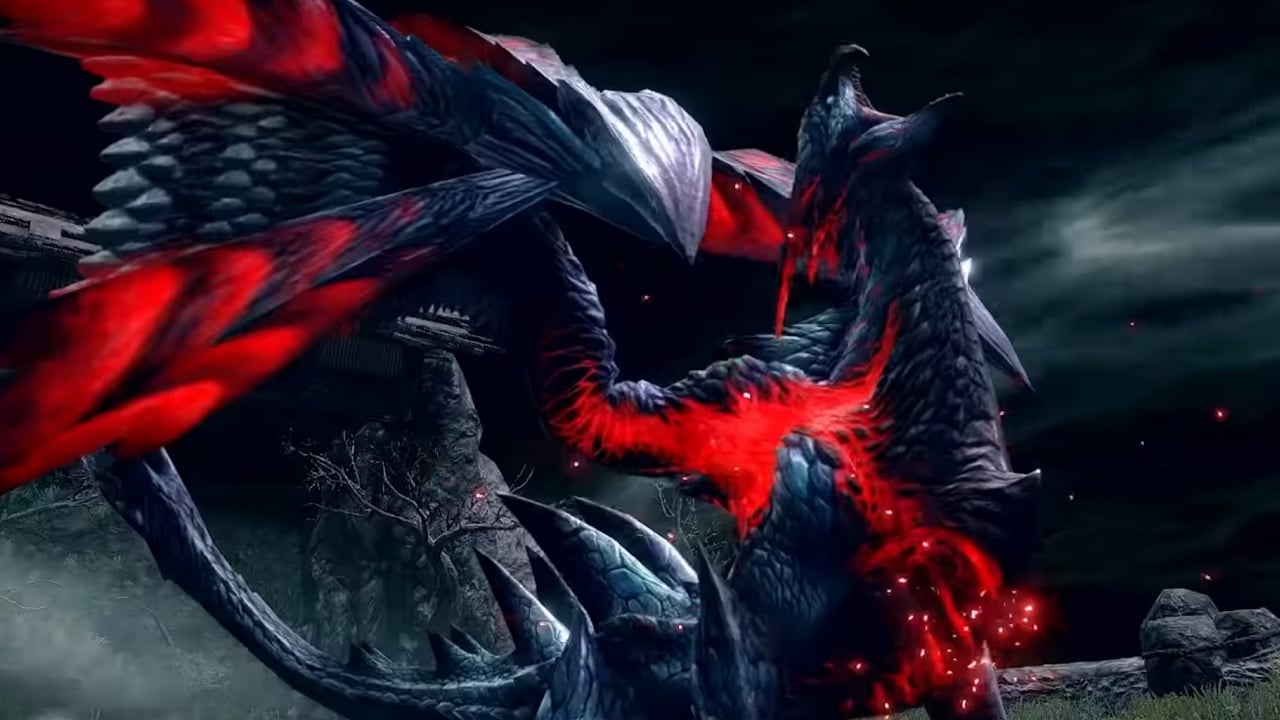 Get ready to be bombarded with some new content for Monster Hunter Rise, as the new upcoming update 3.0 will be out on May 27 — and here’s what’s coming to the game!

Here’s the list of new content via press release — from new monsters in Crimson Glow Valstrax and Apex Zinogre to a new ending, standard quests, and more!

A mutant Valstrax fearsomely dubbed the “Crimson Glow.”
This elder dragon typically secludes itself in the upper atmosphere,
but it has been driven mad by its own rampant energy,
causing it to lash out at anything in its sight.
Once it sights its prey, it swoops down
trampling them beneath its shifting wingblades.

Apex Zinogre
A Zinogre so mighty, it was crowned an Apex.
Its body is covered in scars and wounds as if it had been caught in a storm,
and it’s seemingly always dominated by wrath and terror.
Its forelegs—and their every strike—brim with ferocious sparks.

A new ending to advance the story!

Ibushi and Narwa will finally meet. What will happen to Kamura!? Play the new quests in Ver.3.0 to find out!

There will be standard quests for Apex Rathalos and Apex Diablos of course, but also for the newly added Apex Zinogre.

Prepare yourself for some tough fights!

Get New DLCs to enrich your hunting life!

In addition to the new DLC stuff with the update, Capcom Collabs will start this June — with an Event Quest releasing this mid-June that allows players to obtain layered armor that makes your Palico look like Tsukino from Monster Hunter Stories 2: Wings of Ruin. More updates will be announced in the future by Capcom, so stay tuned for those.

Since being release, Monster Hunter Rise has shipped 4 million units in digital and physical sales. Read about that achievement here.

Monster Hunter Rise is out exclusively on Nintendo Switch.