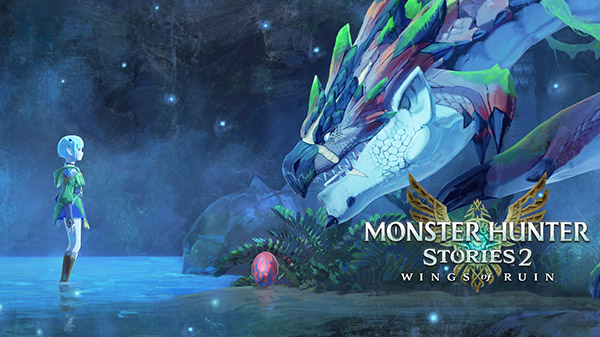 Monster Hunter Stories 2 was announced during the “Nintendo Direct Mini” partners showcase event, and it’s another new entry in the franchise that arrives for the Nintendo Switch next summer.

As the second Monster Hunter title to be announced alongside Monster Hunter Rise, Wings of Ruin takes an RPG approach and sees players control a monster rider who meets a Wyverian girl who is tasked with protecting a mysterious egg.

The press release released by Capcom and Nintendo details the game as a rich experience:

Monster Hunter Stories 2: Wings of Ruin offers both RPG and Monster Hunter fans a unique new experience with a rich storyline featuring charming characters, challenging quests and friendly encounters with familiar monsters from the Monster Hunter series. Assuming the role of a young Monster Rider who can use a Kinship Stone to form strong bonds with monsters, players can gain experience and improve their skills to form deeper connections with these wonderful creatures. When ready, players can embark on memorable adventures filled with dramatic events and heartwarming friendships as the epic tale unfolds.

Aside from the game developers teasing some things about both titles during the Monster Hunter Direct showcase, Capcom and Nintendo promise to reveal more in this year’s Tokyo Game Show.

Monster Hunter Stories 2: Wings of Ruin will be released for the Switch on Summer 2021.