Titled “The Final Stand,” Capcom has confirmed that this is the last free Title Update for Monster Hunter World Iceborne owners, and it will be a “fitting choice” to choose Legendary dragon Fatalis as the one that closes the game. Same as in other updates, there will be new monsters to slay, variant monsters, events and more! Here’s a preview from the latest developer diary.

The roadmap and schedule for the new content has been revealed too! 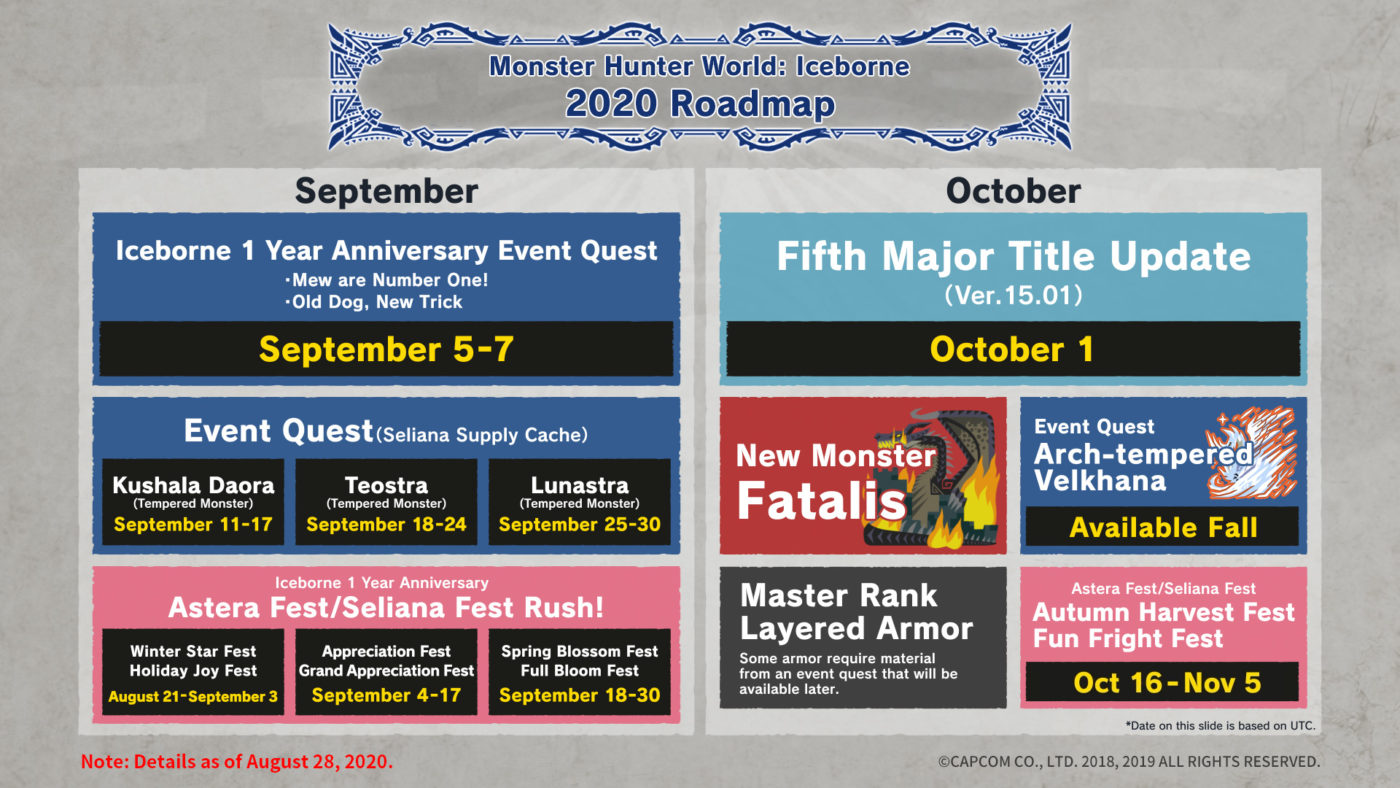 As you can see, the major date to mark here is October 1 with the Monster Hunter World Iceborne fifht title update (15.01) rolling out! In it, we’ll face a new monster in Fatalis! The Arch-Tempered Velkhana is coming this fall, and we’ll even get a Halloween-themed event caled the Fun Fright Fest!

If this is indeed the final major content drop for Monster Hunter World, it’s been one heck of a ride. If this is the kind of support we’ll see from Capcom for the next major Monster Hunter game, sign us up! Hopefully, a new one gets announced for the PS5/Xbox Series X soon.