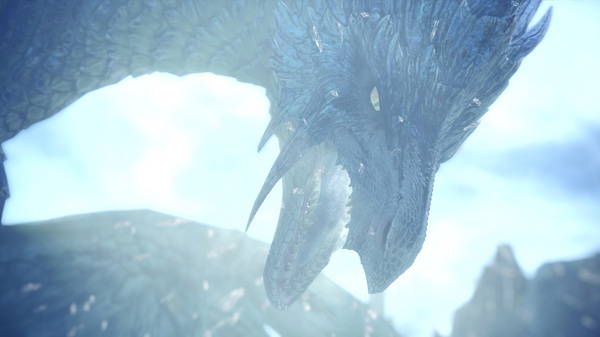 Mysterious Elder Dragon – Velkhana – An elder dragon with the power to freeze all. According to ancient legend, it can freely control the cold, and unleash an icy blast of breath.

Banbaro – A monster with two giant horns, like a running brick wall. It charges at threats while digging its massive
horns in the ground, sometimes picking up entire trees in its path.


Beotodus – A piscine wyvern that uses the sharp fin on its head to cut through the frozen soil, swimming freely through
the snow. Can often be seen hurling snow at its prey using its leg fins.


New monsters that can be found in familiar locales

Nargacuga – A flying wyvern covered in pitch black fur. It is extremely agile, especially on the ground, moving with explosive bursts of speed.


Obviously, the big draw here is the new Elder Dragon. Hopefully, we’ll get gameplay of that one soon.

Are you happy with the new monsters based on the gameplay we’ve seen so far? Let us know your thoughts in the comments below.